A four-word notice was all Flaviane Carvalho had to help a young child out of a dangerous circumstance. 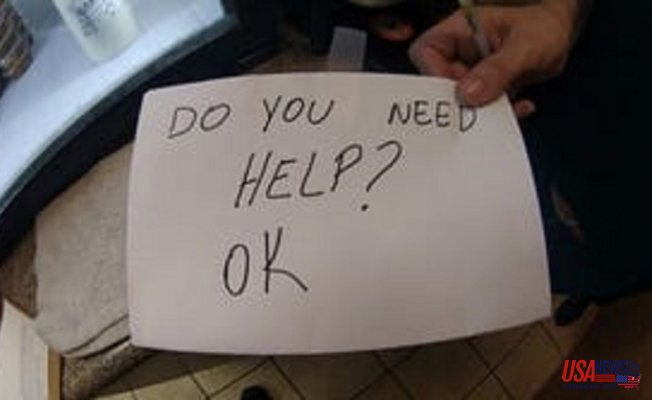 Carvalho, a Florida restaurant manager who was employed as a server on New Year's Day, watched a small child with bruises on his face and arms sitting at the table she waited on, according to the Orlando Police Department. She noticed the 11-year-old boy wasn't permitted to purchase any food.

"Do you want help?" Carvalho wrote in black on a bit of paper, holding the note out of view of the child's parents. It took three attempts, but finally, the child signaled"yes," police said.

"When I visited the boy, I watched a big scrape between his brow," Carvalho said in a video published by OPD. "I began observing them and I could (see) he was super quiet and sad."

Officers came just before 11:30 p.m. and talked with the child, who initially said that his injuries were an collision.

In Wilson's arrest affidavit, the officer who responded wrote the child had bruising"on his right arm beginning out of his shoulder all the way down to his wrist."

The child was taken to a local hospital, and police spoke with Wilson, according to the arrest affidavit.

Police on Jan. 6 detained Wilson for a second time and on multiple charges of aggravated child abuse and child neglect following more interviews with the child. They included that the boy was"hung upside down by a door" and"handcuffed and tied to a large moving dolly."

```Abuse,' I say lightly," OPD detective Erin Lawler explained during a Thursday press conference, according to the Orlando Sentinel. "It was torture."

The child's mom, Kristen Swann, 31,"admitted to knowing about the abuse and failing to seek medical attention for the boy," authorities said in a statement.

The boy has a 4-year-old sister, who doesn't appear to have been mistreated, the Sentinel reported. The newspaper added both kids are removed by the Florida Department of Children and Families.

"That child was not able to be killed," OPD Police Chief Orlando Rolón explained, according to the Sentinel. "That is how intense the injuries were. That's how terrible the recollection of the abuse that the child shared with us was."

Keywords:
Do You Want Help?
Comments