Do you know what the construction that is in the heart of the Sarrià neighborhood is?

The hórreo is a construction designed to store and preserve food away from moisture and animals. 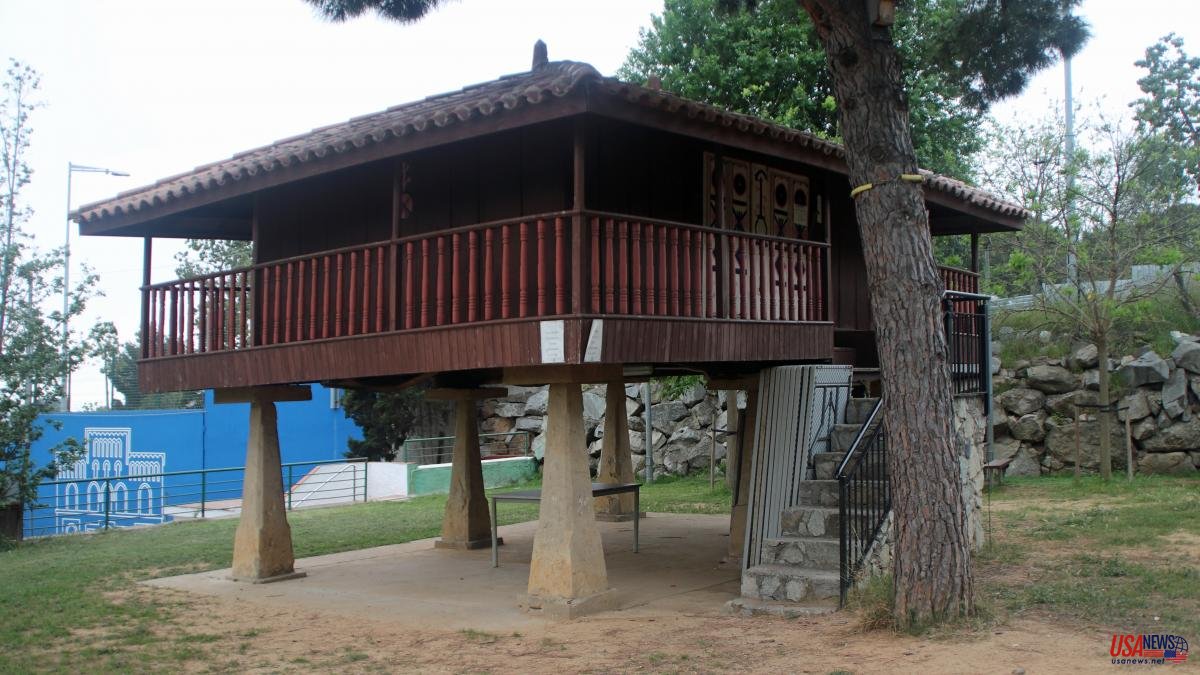 The hórreo is a construction designed to store and preserve food away from moisture and animals. Its special feature is that it stands on stone pillars. They are found in rural areas of Galicia and Asturias, although it is possible to find some far from their usual landscape. For example, in the heart of the Sarrià neighborhood, within the premises of the Asturian Center of Barcelona.

The entity preserves two of these constructions. One has great heritage value, since it is a copy from the end of the 18th century that was donated by the Asturian Government in the mid-1990s. It comes from the council of Carreño. It was located on land that was acquired by the multinational Dupont. After the purchase, the regional administration took charge of this and other hórreos that were on the property.

Actually, the construction that the Asturian Center guards is a panera, one of the two types of Asturian hórreo. The hórreo itself rises on four pillars or pegollos. The panera is built on six or more pillars, which are characterized by being crowned by a square and flat stone capital whose function is to prevent mice from accessing the granary.

Since 2010, the Asturian Center has also had a small granary for children donated by one of the entity's benefactor partners. The association was founded in 1930 under the name of the Asturian Center of Catalonia, although the activity of Asturian citizens in Barcelona has been documented since 1887. The activity of the center continued until 1939, at the end of the civil war.

The entity was refounded in 1952 as the Asturian Center of Barcelona. Initially, it was installed at number 78 Passeig de Gràcia, where it remained until 2002. The increase in rent made it necessary to move the head office to the current site at Calle Ràfols, 17-23.

The center has extensive facilities where educational, recreational, charitable and sports activities are carried out.