Dmitry Glukhovsky: "Most Russians have chosen to pretend that this war is not happening"

He is the biggest cultural figure added to the wanted list by the Russian Interior Ministry. 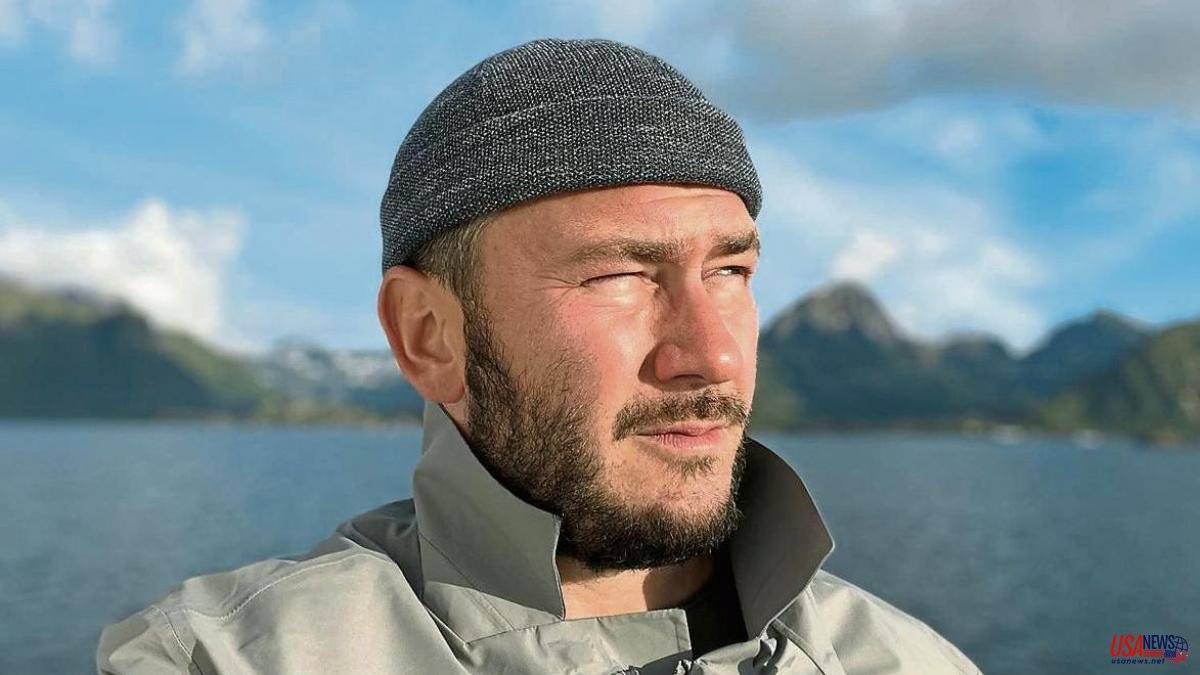 He is the biggest cultural figure added to the wanted list by the Russian Interior Ministry. He is accused of spreading false information about the invasion of Ukraine. He is the writer and journalist Dmitry Glukhovsky (Moscow, 1979), author of internationally successful dystopian novels such as Metro 2033 (Minotaur) and who in an interview with La Vanguardia at the beginning of the conflict assured that it was "Putin's war, not Russia's." ”. Now Glukhovsky, wanted by his country and answering from somewhere in Europe, talks about the situation of the conflict five months later.

Why is he persecuted?

They want me under the new article 207.3 of the criminal code, Discrediting the Russian Armed Forces. It is actually military censorship: anyone who says things about Russia's war with Ukraine that differ from Defense Ministry statements and state propaganda can be prosecuted. You can't even call this war that. I face up to 15 years in prison for saying obvious, truisms out loud: Invading neighbors and killing civilians is unacceptable and must stop. It is a good way to distinguish a dictatorship from an authoritarian regime: dictatorships enforce the loyalty and obedience of their citizens by forcing them to tell and believe obvious lies. The more obvious a lie, the better the trick works. Apparently Russia is now a dictatorship.

He is afraid? Do they teach a lesson through you?

Yes, my case is supposed to teach other artists a lesson. Despite ruthless propaganda, the war is still not perceived as just and necessary among opinion leaders, much less intellectuals. Fear? I wouldn't say that. They have complicated the logistics of my life, yes. And they are threatening my relatives. It's something I have to deal with. I am very reassured by the absurdity of the accusations and the transparency of their intentions.

What is the situation in the Russian cultural world?

Filmmakers, theaters and museums are totally dependent on state funding, which is why the Putin administration has tamed artists. The scientific and academic world has been brought under paranoid state control with the new repressive legislation, several criminal cases of “state treason” have been initiated to restrict the external contacts of the scientific community. And former FSB-KGB officials are being appointed university directors instead of respected academics to control higher education and student loyalty.

The cultural world of Russia has taken a great leap towards total and dictatorial control. From the outside, it might appear that there is passive or even active support for Putin's policies. In reality, it is an attempt to keep work and sometimes freedom. However, people do not like to think that they are obedient because they are afraid, this undermines their self-esteem. They prefer to change their opinion about politics to convince themselves that they sincerely support the regime. I have found that many people would change their political convictions much more easily than their source of income. But if a dictator dies, the majority will not mourn him and will be happy to return to normal.

"This is Putin's war, not the Russians' war," he said. After five months, do you think the same?

After months of endless atrocious propaganda, of persecution of those who oppose the war, we still do not see lines of Russian volunteers willing to go to war. In fact, many soldiers are deserting and after failing in a recruitment drive that offered high salaries, authorities are sweeping prisons trying to lure convicts with reduced sentences. Yes, opinion polls show high public support for the "special military operation," but what are they worth if they have been controlled by the president's administration for the past decade?

Add the climate of caution, if we want to avoid the word fear, total lies on television that only reports how the Russian armed forces eliminate the Ukrainian Nazis, only military targets, of course, with high-precision weapons, while all casualties civilians are the result of Ukraine's own provocations, and finally a massive crackdown on free information on the Internet, with 5,300 websites closed for censorship since the start of the war, and you will see that even the Kremlin does not feel that this is the war of the Russians. It is not a people's war. Absolutely.

What does the average Russian think about this conflict?

Most people have chosen to hide from this war and pretend it is not happening. My friends in Moscow tell me that the city hasn't changed much: the restaurants are full, the theaters too, and even McDonald's has reopened with a different brand but similar menu. You don't see many Z symbols in support of the war, and the front line is far enough away. To believe that your countrymen, the newly modernized and humanized army that we were told to be proud of, is responsible for the Bucha massacre is too difficult. Many people choose to believe the propaganda that the Ukrainians have massacred their civilians to get more help from the West.

To believe that their own soldiers commit crimes in the style of the Nazi SS squads, and from the first weeks, is too much. It seems that many choose to believe comfortable and inspiring lies: that Russia is leading the fight for global justice against Western domination. And as long as they are not recruited by the army, the nationalist, revenge propaganda works for them like opium. It kills the pain and is very addictive. Yes, there is support for the war in Russia, but you have to take all of that into account.

Does the harsh rhetoric on Russian television surprise you?

It is only a surprise to those who were unaware of the dumping ground for hate speech that it had become eight years ago, when the Kremlin had to explain to the Russians why occupying Crimea was a necessity and a just cause. Ukraine was portrayed as a failed state, an American puppet, and Ukrainian politicians as stupid and vile clowns, and Europe was similarly portrayed, ridiculed and despised as weak, degenerate, greedy, unprincipled, ruled by homosexuals and doomed to disappear early. Very similar to how Goebbels painted the US and the UK in the 1930s.

A hundred reasons for war have been cited, adding a new one as soon as the old one is discarded: protect ethnic Russians, prevent the Ukrainians from getting the nuclear bomb, seize US biological warfare labs that they cook genetically modified anti-Russian flu for the pigeons to catch... Insultingly stupid lies, but they address our primitive fears and macho stereotypes. And I fear that this hate speech will unleash long-dormant demons: it could change the nation just as Hitler and Goebbels transformed the Germans. Western sanctions send the Russian economy back decades, but Putin's propaganda sends the mindset back to darker times, centuries back.

How do you see the military situation?

The first two weeks of the war I could not sleep. I was afraid for my friends in the Ukraine and in Russia. Had Putin won the war quickly, Europe would be in a much darker place and would give Putin and his successors the authority to rule Russia as a dictatorship forever. But my Ukrainian friends told me: don't worry, we are not going to give up, we are ready. With the help of the West, Ukraine can hold out for years. I don't think Putin dares to use nuclear weapons. Not even to make a large-scale mobilization. He likes to pretend that this event is contained and that the country can live normally. The longer the war lasts, the weaker its support in Russia will be, and it is already falling, the more it will cost the Russian budget and the more devastating the effect on the economy will be. If Putin fails in Ukraine, his authority will be shattered.

What is the situation of Putin?

He doesn't look like a dying man. He will probably live another 15 years and could very well keep control of the country that long as long as the economy allows. I'm not counting on coups either: the army has always been under full control of the FSB-KGB, it has zero autonomy and no popular general to lead a coup. The only thing Putin is really good at is preventing any threat to his government. This is what happens when the secret police come to rule an entire country. The FSB sees itself almost as a secret order, like the Templars or the Jesuits, with a sacred mission that justifies any abuse and excess, with unlimited power and funding, and with a strange mythology that mixes Christian fundamentalism and communist nostalgia. In Russia, it is the KGB junta that is in power, imposing its confrontational vision, resentment and imperialist dreams on the nation, and the nation can only be healed if that road fails miserably.

How will the conflict end?

People are already getting used to this war, but it will be very difficult to forget it. Both the Ukrainians and the Putin regime need a victory, it is existential. I'd be surprised if it ended soon. In any case, reality is changing, and normality too. The world is transitioning to a new phase. And yes, the West faces a challenge that it has to respond to. Authoritarian regimes are attempting to consolidate to challenge Western hegemony, values, and the architecture of international security. If China dares to partner with Russia now, the world will split in two. Fortunately, Russia's cause is too unjust for China to openly endorse.

Is there any real exchange option in your country?

I do not see a consolidated resistance to the government of Vladimir Putin in the coming years. If China does not rush to help Putin, the economy will rot, the regime will harden, we will see more repression, the Putin clique will age and so will he, it will become more and more difficult to maintain the illusion of a normal life and then the elites will get tired. of this endless and purposeless confrontation with the West. And if, when Putin dies, they feel at a total impasse for the country, there will be a new consensual leader who will dismantle his legacy and bring Russia back to normal.