Djokovic fans collect signatures so he can play the US Open

Nearly 12,000 people have already signed an online petition for the United States Tennis Association (USTA) to reach an agreement with the country's government that would allow Novak Djokovic to compete at the US Open. 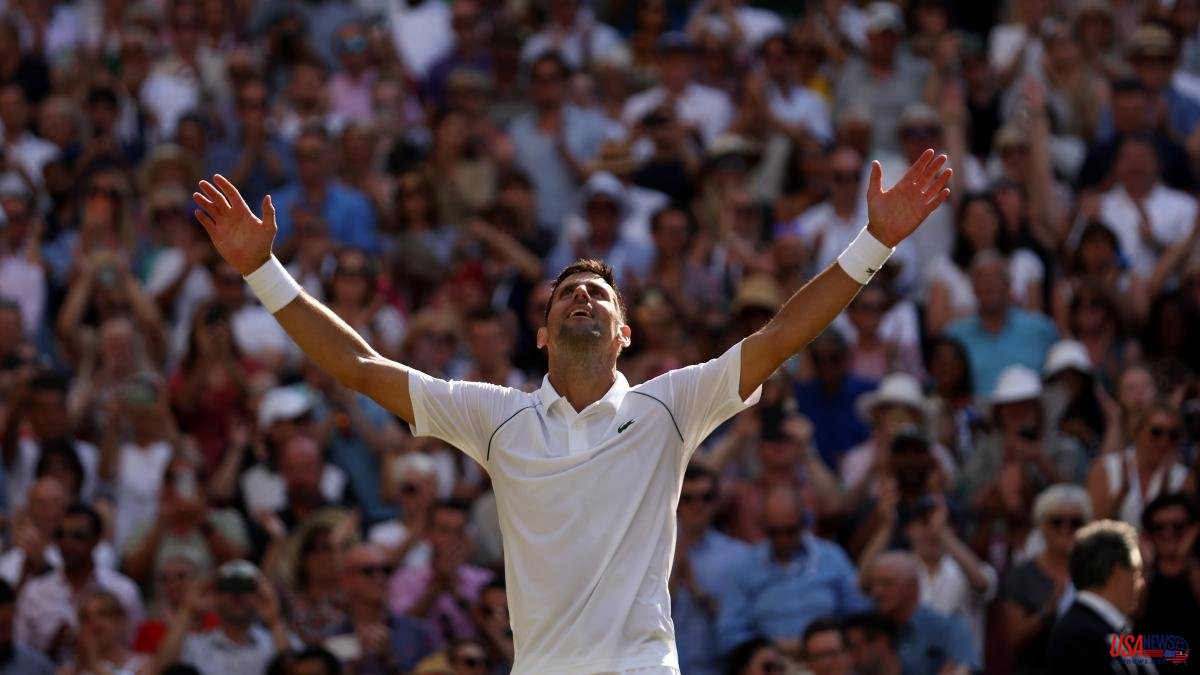 Nearly 12,000 people have already signed an online petition for the United States Tennis Association (USTA) to reach an agreement with the country's government that would allow Novak Djokovic to compete at the US Open. despite refusing to receive coronavirus vaccinations. After not being able to participate in the first Grand Slam tournament of the year, the Australian Open, and being deported from the country for the same reason, Djokovic and his supporters do not want that to happen again.

At the moment, as things stand with just over a month to go until the start of the last major competition of the year, the Serb could not play. Current regulations establish the obligation of people entering the country to have the complete schedule of the vaccine and prove it before boarding each flight.

The winner of 21 Grand Slam tournaments took the Australian Open, Roland Garros and Wimbledon in 2021, but was unable to defend the first two this year, in Australia for not being vaccinated and in France for succumbing to Rafa Nadal in a spectacular duel . What he has achieved is to retain his crown on British soil, recently defeating Nick Kyrgios in the Wimbledon grass final.

"There is no reason, at this point in the coronavirus pandemic, not to allow Djokovic to play at the US Open 2022," reads the petition on the Change.org platform, launched on June 21. "The United States Government and the USTA must work together to allow him to compete. Make it happen, USTA!" he continues.

Whatever happens, the Serbian tennis player, number seven in the ATP ranking despite his victory at Wimbledon, because the points were not counted due to the boycott of the Russians, will remain firm in his decision not to get vaccinated, as will athletes from other disciplines such as Kyrie Irving, star of the Brooklyn Nets of the NBA. He assured in February that he was prepared to miss Grand Slam appointments in order not to have to take the required doses against the coronavirus.