Djokovic, back in Australia: "The deportation was difficult to digest"

Serbian tennis player Novak Djokovic, who is preparing to participate in the Australian Open, said Thursday in the oceanic country that last year's deportation for not having been vaccinated against covid-19 was "difficult to digest. 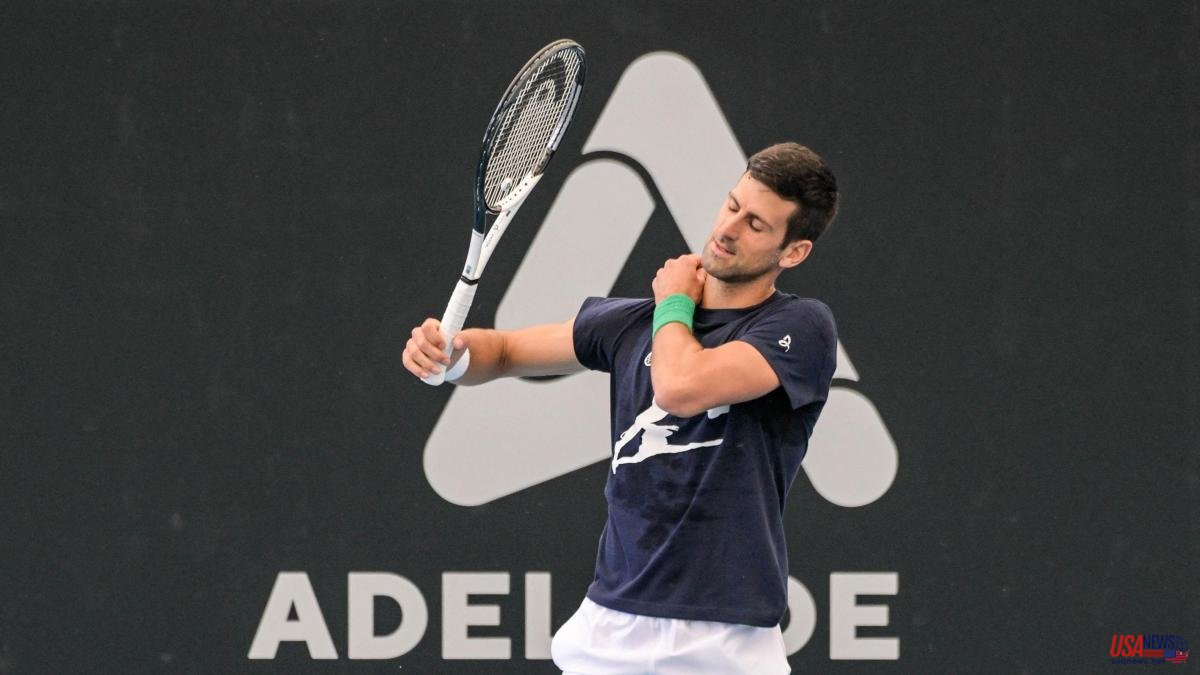 Serbian tennis player Novak Djokovic, who is preparing to participate in the Australian Open, said Thursday in the oceanic country that last year's deportation for not having been vaccinated against covid-19 was "difficult to digest." "What happened 12 months ago was not easy to digest (for) a while," Djokovic said at a press conference in Adelaide, broadcast on Channel Nine, and before his participation in a tournament prior to the first Grand Slam of the season.

The tennis player, who was held in a Melbourne hotel for days in January this year, stressed that this type of situation is remembered for a lifetime, although he pointed out that it is a "valuable learning experience".

"At the same time, I had to move on and that event and those circumstances will not replace what I have experienced in Melbourne (previously) and in Australia throughout my career," added the nine-time Australian Open winner who is seeking in this edition its twenty-second Grande. "Obviously (it was) disappointing to leave the country like that. It is a country where I have had tremendous success in my career, especially in Melbourne," Djokovic told the media.

After that controversial incident that captured international media interest, the fifth racket in the world continues to affirm that it feels good to return to Australia, a country with which it has strong ties and where it hopes to "have another great (austral) summer".

Djokovic, one of the favorites to win the Australian Open that begins on January 16, has arrived in the oceanic country in advance - on Tuesday night - to be able to reach his best form for the tournament, the Serb assured. "It's a challenge to come to Australia because of the time zone (and therefore) I did something different and came earlier than usual. The goal is to reach the top (of play) in Melbourne: that's where I want to play better," Djokovic stressed.

In January 2022, Djokovic, who intended to defend his center in Melbourne, was detained by immigration police upon arrival in Australia after questioning the validity of his medical waiver, which claimed that he had recently overcome covid-19, and ordered his removal. deportation for violating the measures against the pandemic.

During the beginning of the year, the oceanic country required travelers who wanted to enter the nation to have the complete schedule of the covid-19 vaccine or a valid receipt.

The athlete, who was locked up in a hotel guarded by Immigration, appealed the decision of the authorities but after an intense legal battle, the plenary session of the Australian Federal Court considered that the player's presence in the country posed a risk to health and public order. public.

Authorities deported Djokovic hours before the 2022 Australian Open and placed a three-year entry ban on him, a move the legal team managed to get overturned in November, arguing that the oceanic country has already lifted all restrictions. because of the pandemic.

The Djokovic scandal occurred at a time when Australia was facing a significant increase in covid-19 cases with the gradual reopening of its borders in November 2021, after almost two years of strict closure.