Differences and similarities between divorce and separation

The breakup of a couple is an unpleasant situation that can be complicated when there are legal ties or children in common. 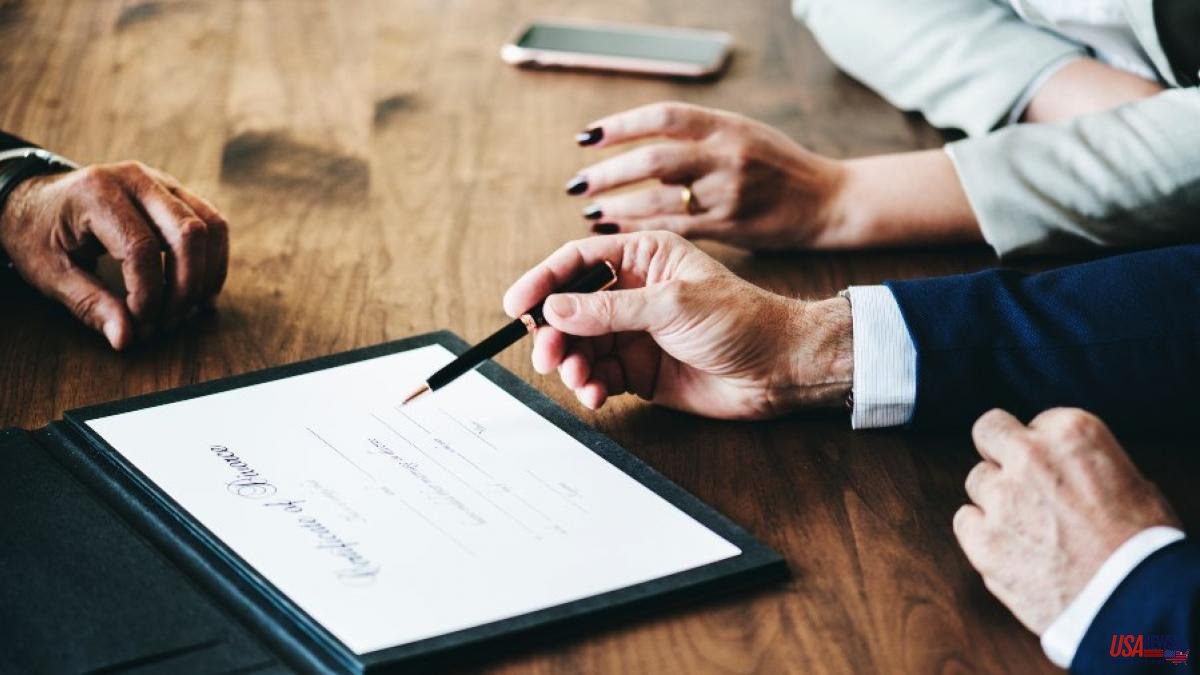 The breakup of a couple is an unpleasant situation that can be complicated when there are legal ties or children in common. The year 2021 brought in Spain more than 90,000 marriage dissolution processes and more than 86,000 divorces, 12.5% ​​more than in the previous year, according to data from the National Institute of Statistics.

Divorce and separation are not the same nor are they processed the same at a legal level. The Civil Code, in its articles from 81 to 101, covers the possible scenarios before the end of the relationship. In any case, before making a decision to end the marriage, it is advisable to have legal advice.

The main difference is that the separation does not dissolve the marriage bond, but rather it remains intact. That is, the spouses cannot remarry. Divorce does dissolve it and allows the spouses to marry other people or remarry each other.

Separations can be requested when the couple does not want to live together but wants to keep certain advantages of marriage, such as tax benefits, financial rights or the advantages of retirement pensions, among others.

In order to request a marriage breakup, three months must have passed since the celebration of the marriage. Since 1985 it is not necessary to allege a cause to request separation or divorce.

A separation and a divorce implies a priori the cessation of coexistence. The matrimonial economic regime is dissolved, the assets are liquidated and a distribution is made, depending on the economic formula by which the marriage was governed (property or separation of assets).

Regarding children in common, in the event of a divorce or separation, the best interests of the minor must always be preserved and the type of guardianship and custody, the visitation regime, alimony and any aspect related to care and attention must be established. It is necessary that all these agreements are reflected in a regulatory agreement, which must be presented to the judge to receive its approval.

Another point in common is that there are two ways to reach a break: by mutual agreement or by judicial means. The first option is the fastest, cheapest and least harmful, since an agreement is reached between the spouses without the need for the judge to intervene to regulate the coexistence separately. A single lawyer can prepare the regulatory agreement jointly.

The judicial or contentious route occurs when there is no agreement between the parties, it is a longer process and with a higher economic cost. A judge sets the measures derived from the separation or divorce according to the petitions and what each spouse justifies. In addition, in its resolution the parties may not be satisfied. Each party must have a lawyer and a solicitor, and costs cannot be shared.

Finally, regarding a possible inheritance, separation and divorce prevent the other member of the couple from inheriting if there is no will and that they have the right to the legitime.

On whether it is better to separate or divorce or how much each option may cost, the answer depends on the situation of each couple. What is clear is that, whenever possible, the cheapest and most agile option is to reach an agreement.