Diego Martínez: "The situation of Tomás is what he has requested"

The Espanyol coach, Diego Martínez, finally shed light on the situation that Raúl de Tomás is experiencing within the club after a pre-season in which he has trained apart from the team and revealed that it is the player himself who has chosen to train a slower pace in principle due to some inconvenience that has dragged on since last season. 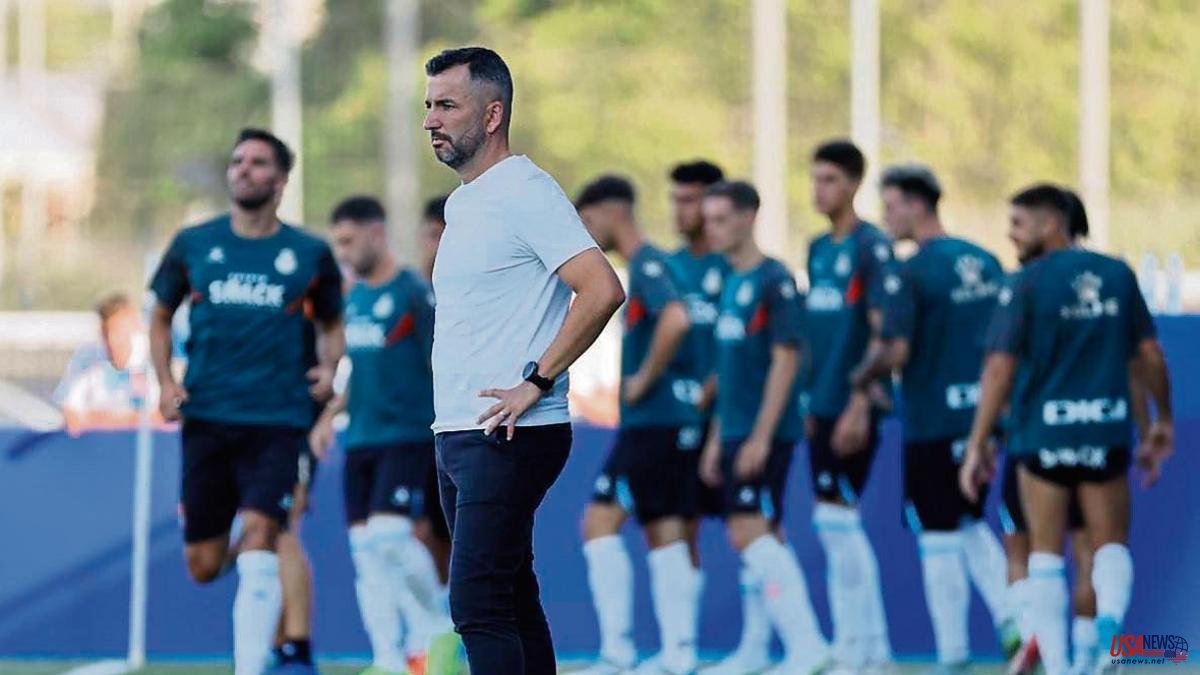 The Espanyol coach, Diego Martínez, finally shed light on the situation that Raúl de Tomás is experiencing within the club after a pre-season in which he has trained apart from the team and revealed that it is the player himself who has chosen to train a slower pace in principle due to some inconvenience that has dragged on since last season. Martínez was explicit when explaining that it is De Tomás himself who chooses his situation and that his role in this matter is “to help the player. When he decides he will do more training ”, he sentenced.

“Raúl joined with some discomfort, from the beginning the communication was fluid. He is marking his process. The one who marks how he feels and what he needs is him. He tells us what he needs and tells us that he wants to do everything more gradually. When he decides and chooses, he will do more training, ”said the Espanyol coach.

“When he is fit, he will tell us. He has marked his process, we are attentive, taking care of him, when he is in physical and mental condition to be in the team, he will communicate it to us, ”summarized the coach.

Asked if it has a place in your project. Martinez was resounding. “Yes, it has a place in my project. All players who have a contract. When I arrive I find myself with a situation, which comes from last year, I respect the personal situations of each one. But I want the best players who are willing to give 100% for the team, ”he settled. Finally, he made it clear that in the case of De Tomás “one does not know what can happen. I think it should be treated as something normal. And this is a decision by Raúl, the sports management and the club”, he pointed out.

Beyond the situation of De Tomás, the coach conceded that it is “obvious that players need to be incorporated in all lines, and important players. Domingo and the club are working very hard on this facet”. In addition, he went further by acknowledging that “we are far from what we need to be the team we want to become. You have to adapt and adjust expectations. But we are very excited to grow and improve, ”he said.

On the concern of the environment for the lack of signings, Martínez was explicit again. "I can't control that. I could not have been more honest in this press conference. You publish declarations and inventions. This project goes beyond a result or a moment. There are a lot of people who pass on their breath," he explained.

Martínez said to maintain the illusion of the first day. “The illusion is even greater, to work with this team, these players. But when we talk about illusion and ambition we think about results. Our ambition is to create a team that can transmit feelings and move people, but we have to adapt to our reality. What we had to do in x time, we will achieve in x plus three”, he pointed out.

Regarding the youth squads who are having a lot of prominence in the preseason, Martínez wanted to be cautious although he was happy with their performance. “If we have something, it is that they are one more within the team, it is not courage, it is a matter of merit and that each one has what they deserve. Some may be playing more than expected. But I believe in processes and you have to be calm with them. We cannot subject them to excessive demands. We are happy with them,” he explained.

Finally, he clarified the situation of Embarba, who has some physical discomfort, like Pedrosa, Pol Lozano and Puado and therefore will not travel to Italy to play against Napoli. He also referred to Sergi Darder, who is facing the last year of his contract without renewing it and who considers him "an example for everyone". “With my heart, with the attitude that he is having and what he transmits, I would love to have him as many years as I can. He is being exemplary on a daily basis. Of some values ​​that one has to feel proud as a parakeet. And the day we win is going to be hell”, he concluded.