Diego Martínez's Espanyol starts with a win over Montpellier

After two weeks of filming, Diego Martínez's project got under way this Saturday at the Ciutat Esportiva Dani Jarque, against Montpellier, thirteenth in the French Ligue 1. 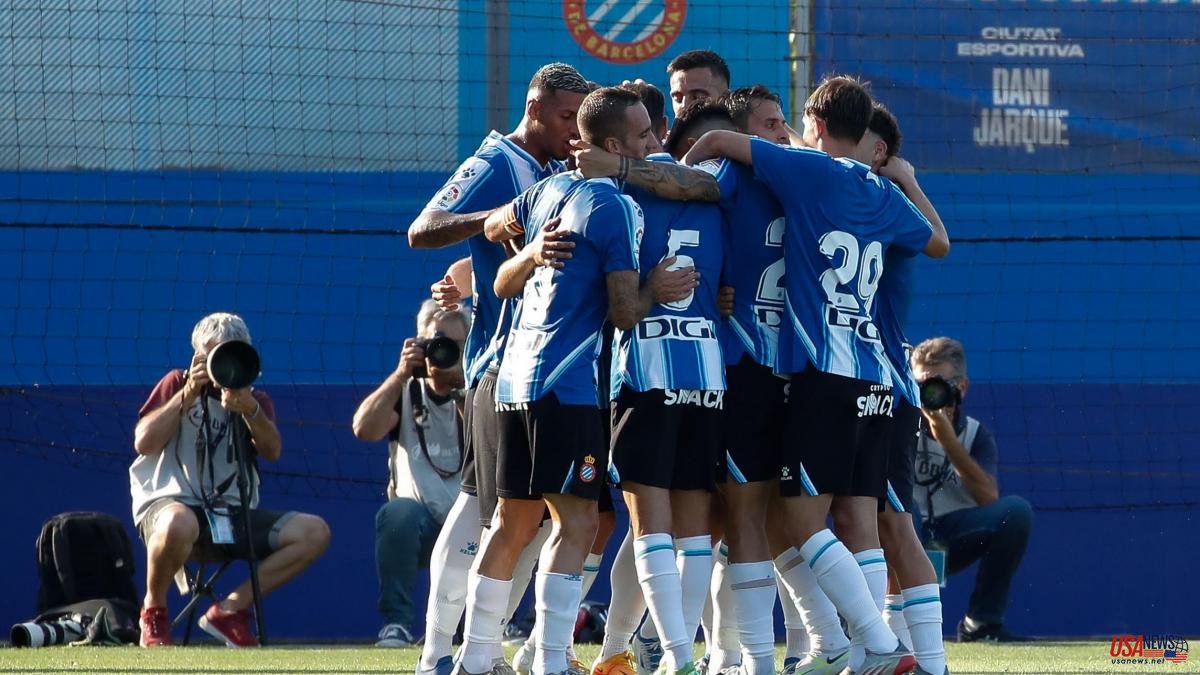 After two weeks of filming, Diego Martínez's project got under way this Saturday at the Ciutat Esportiva Dani Jarque, against Montpellier, thirteenth in the French Ligue 1. And he did it with a 2-0 victory thanks to the goals of Nico Melamed, before the break, and Dani Villahermosa, a subsidiary player who is completing the preseason with the first team, in the second. Diego Martínez made all the new signings debut, with the exception of the goalkeeper from Montpellier Benjamin Lecomte, who was presented by the club just two days ago and has not yet been able to catch the rest of his teammates.

Espanyol jumped onto the field of play very focused and looking for the goal from the first minutes and starred in the first minutes of quite a rhythm to be the first preseason game, although as the minutes progressed the suffocating heat took its toll on the Catalan footballers and French. When it seemed that they would go into the break with no news on the scoreboard, a foul at the edge of the area allowed Espanyol to take the lead thanks to a brilliant Nico Melamed in his shot over Dimitry Bertaud's goal.

The blue and white coach took advantage of the second half to introduce up to five changes in the eleven, looking to see all his troops in action in this first preparation game. One of the freshmen, Dani Villahermosa, who had entered the first team preseason due to Gori's injury, showed that he intends to make the most of the opportunity that the coach has given him. After trying his luck with a shot that went wide after touching a Montpellier defender, in the 38th minute his insistence would be rewarded with a new shot that, after touching Calero, would slip into the back of the net and would mean the 2 to 0 that would end up being definitive.

After this first test, Espanyol will move to Marbella to continue with their preseason. Diego Martínez's team will carry out a ten-day stage there in which they will face Las Palmas next Friday, July 22, and perhaps some other rival, yet to be confirmed. In addition, the Blue and Whites also have two other friendly matches planned abroad. On July 30 they will face Brighton at the Falmer Stadium, and on August 6 they will travel to Italy to face Napoli at the Teofilo Patini in Castel di Sandro. A week later, on August 13, Espanyol will make their League debut against Celta in Balaídos.