Diego Martínez: "Our audience is implicit in our best version"

With four points in six games, Espanyol's numbers invite concern, the statistics are on par with the year of last relegation, but their coach, Diego Martínez, is not nervous about his team's shaky start, the Galician confident in sooner rather than later bring out "the best version" of his pupils and reduce the "errors to zero", something he hopes to see this Sunday (14 hours) against Valencia at the RCDE Stadium. 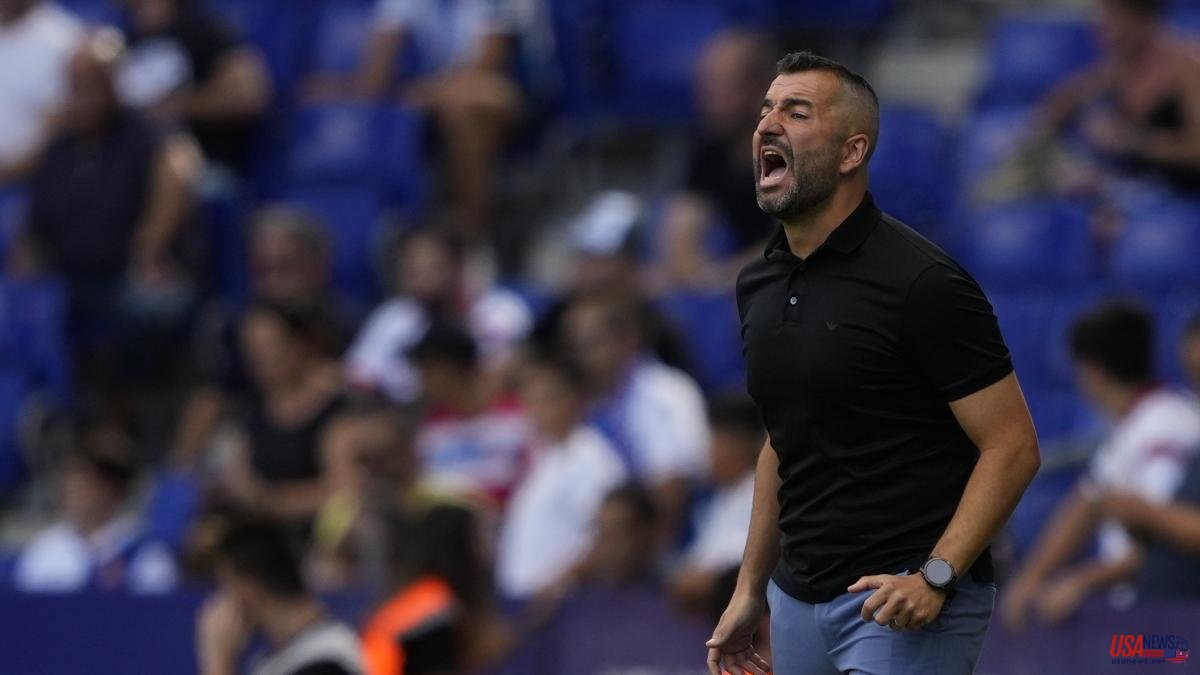 With four points in six games, Espanyol's numbers invite concern, the statistics are on par with the year of last relegation, but their coach, Diego Martínez, is not nervous about his team's shaky start, the Galician confident in sooner rather than later bring out "the best version" of his pupils and reduce the "errors to zero", something he hopes to see this Sunday (14 hours) against Valencia at the RCDE Stadium.

"We must have confidence in finding our best version to score the three points", said the coach at the press conference prior to the match against Gennaro Gattuso's team, a team that until now has only known defeat at home. "It's too early to make judgments. We know that every game is a story", the player from Vigo downplayed the importance of the start of both teams and at the same time stressed the importance of the stands: "In our best version, our public is implicit. We want to give back that affection and that warmth".

"We want to win, we need the points, but it is also true that to get them we have to approach it from a very complete game against a great rival, with a maximum difficulty. We must have that illusion. This is the First Division, the equality is tremendous. We will have to do many things well", analyzed the game Martínez, who avoided labeling the duel against those with the bat as 'final': "Whatever happens is not final. It is a way of calling it, but it is not that".

The coach repeated that they are at the beginning of a "process" and that the objective must be to reduce the "rate of errors". "We must try to play a game with zero unforced errors, but above all enhance our virtues and strengths," he said in addition to defending Leandro Cabrera, who made a rude mistake in the defeat against Real Sociedad.

"He played a game from less to more against Real, it speaks very well of his mentality and his character", defended the Uruguayan central defender, fourth captain this year, of whom he especially highlighted his role in the locker room: "When they choose the captains, he says that Darder should be the captain. That act of generosity honors him and dignifies him. It respects the values ​​of the team."

He also stood up for Javi Puado, called to be decisive in the parakeet team but who at this start has not yet been decisive, still without goals in his locker. "This is a sport of perseverance. On a day-to-day basis he has a magnificent attitude and we have to remember that this preseason he has been unemployed for a long time (due to injury). He has made a great effort to rejoin the group and now he is finding his best level. We are delighted, more than for what he has given, which is good, for what he can become", he praised the youth squad.

Martínez celebrated the national team break, a few days that "have served several players to 'clean themselves' of discomfort", and ruled out that the internationals have "wear". "It is true that it is a different year because of the World Cup, but now that is not a determining factor," he concluded.