Diana, a princess in royal England

“When I started my public life, 12 years ago, I understood that the media could be interested in what I was doing. 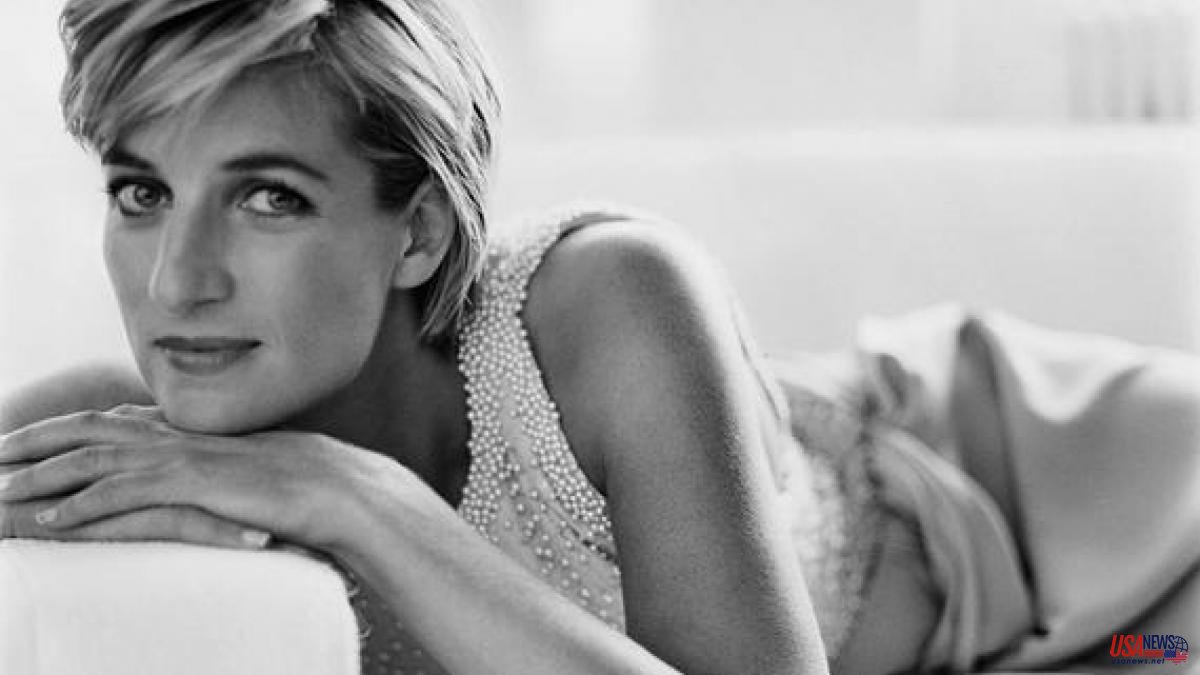 “When I started my public life, 12 years ago, I understood that the media could be interested in what I was doing. I then realized that his attention would inevitably be focused on both my private and public lives. But he hadn't realized how overwhelming that attention would become. Nor the extent to which it would affect both my public duties and my personal life, in a way that has been difficult to bear."

When Diana of Wales pronounced these words, in December 1993, her omnipresent media presence did not respond at all to the intense social agenda that she was striving to maintain at all costs, but in the back and forth of her relationship with Prince Charles, of who had already been officially separated for more than a year, and the Windsors.

By this time, Andrew Morton's book Diana: A True Story, published a year earlier, had dropped like a bomb on Buckingham Palace. Taking advantage of the recordings that James Colthurst had secretly made of her sessions with Diana when he was treating her about her depression, the work exposed the hell in which the princess had lived.

They were not the only tapes that came to light. Those of Carlos proclaiming his eschatological love for Camila began to circulate in November of that same 1992, uncovering what had been a marriage marked by infidelities, contempt and a sick need for self-affirmation of the heir to the throne.

Even so, Diana wanted to maintain her status, as the mother of the future heir, and her intense social activity. Because the princess became, effectively, the champion of charitable causes that well fit her role as the fight against poverty or inequality, but she also embraced the fight against AIDS without complexes, becoming the worst moment of the disease in one of the few celebrities who visited and visualized their physical contact with HIV-positive people.

Nor did he hesitate to lead other struggles as close as they are silenced by British society, such as domestic violence, eating disorders, alcoholism, loneliness or overmedication and abuse of different drugs in the private sphere by women, as shown by the speech he gave on June 1, 1993 on this problem, which we offer in its entirety.

From her confessions, private and public, it can be inferred that she herself became one of those women who carried her personal tragedy in silence with the help of medication and the development of a disorder that would have even led her to self-harm. Although she always had the strength not to shut herself up and give herself to others until her tragic end 25 years ago.

“Women and mental health. Where do we start?

“From those I've talked to through my work with Turning Point, the root of this problem seems to be that women in our society are seen as the nurturers, the ones who can cope with anything. Whatever life throws at them, they will always get by.

“On call 24 hours a day, seven days a week, whether it's because their children are sick, their husbands are out of work, or their parents are elderly and in need of care, they will always manage. They will cook and clean, go out to work, attend to the needs of those around them, and get by.

“They may be suffering from postpartum depression, domestic violence, or struggling in a spiral of exhaustion and stress to make ends meet, but they will get by.

”Interestingly, it is both the women themselves and the men who believe this to be true. This belief is so deeply ingrained that it can take tremendous courage for women to admit that they cannot cope with any situation, that they may need help. Whether it's from family and friends or from the support systems set up by you, the professionals.

“Often they will try to survive alone, falling helplessly into a deeper, darker depression as they feel more and more trapped by the life they lead. As their world closes in on them, their self-esteem evaporates in a haze of loneliness and despair as they drift further and further away from those who could help them.

”Many women and men turn to alcohol to numb the pain of their despair. But because admitting alcohol dependence is considered less acceptable in women, it often goes unnoticed. They are simply perceived to have a nervous disposition. The suffering expressed by her anxious eyes often goes unnoticed.

”Sadly for others, the tension becomes too great and the decision to take their own life seems to them the only way to end their pain. Why don't they believe that they deserve the same support that they themselves have given to others?

”For those who find the courage to ask for help, the pill for all ills is the one that is administered the most. For decades, tranquilizers, sleeping pills and antidepressants have been prescribed to generations of women, three times more than men!

”These pills, these mothers' little helpers, have left a legacy of millions of women locked in terrible torment, doomed to a life of dependency from which there is still very little help to enable them to escape. Most of the time they retreat to their own private hell behind closed doors. Terrified to leave their homes into what has become a terrifying world for them. Dealing with these pills has now become a bigger problem than the condition that caused them to be taken!

“Recently, I met a woman who, against all odds, had managed to come off the tranquilizers that had been prescribed for her to help with her postpartum depression. She had been taking these pills for over 30 years! Being able to afford to give them up hadn't been easy, but with the help of a specialist she had managed it!

”His greatest achievement was to recover what he had completely lost during those years, the contact with his own identity. He now she had discovered that he was no longer the person that others thought she was. The drugs had locked her in on herself. They had turned her into an anxious zombie. At last, she could now learn to live again and become the person she was born to be.

”Whether these drugs have been administered in a sincere attempt to help or offered as a means of making life calmer and more acceptable, the effect can be the same. These pills will tend to make a woman more passive to help her conform to the norm. But whose rule is it?

“Maybe we need to look more closely at the cause of the disease instead of trying to suppress it. Accept that curbing powerful feelings and emotions may not be the healthy option. That offering women the opportunity to explain their situation earlier can be much more effective than waiting until they exhaust their strength to survive.

”As long as the real reasons for their problems go unrecognized and unattended, women will continue to pass on their disability to the next generation.

"If we as a society continue to disable women, encouraging them to believe that they should only do things that are believed to benefit their family, even if these women are harmed in the process, if they feel they never have the right to do anything that be fair to them...

“...If they feel that they must sacrifice everything for their loved ones, even at the cost of their health, their inner strength and their own self-esteem… they will live only in the shadow of others and their mental health will surely be affected.

”But if we can help give them back their right to develop their own potential and share it with their family, children or friends, perhaps fewer women will find themselves living lives that are as bleak as they are incredible.

”Those women who have assumed the heavy burden of caring for others also need to be cared for. Not just for his own good, but for the good of all of us. Health and happiness taken at the expense of the pain and suffering of others cannot be acceptable. Women have the right to their own peace.

“Each person is born with very individual qualities and potential. We as a society owe it to women to create a truly supportive environment in which they too can grow and advance. But if we want to help the quiet and private desperate lives that so many women lead behind closed doors, they need to know for certain that they are not alone, that true support and understanding is there for them.

”I hope that this conference will help us to understand more clearly the needs of women and that we will find a way to reach them more effectively and help them restore the mentally healthy life that is theirs.”