Diallo, before ordering the brutal beating of Hamraoui: "I will be ruthless"

"It has been irrefutably proven that Aminata Diallo harbored a real hatred towards her teammate, whom she considered an obstacle to her own sports career. 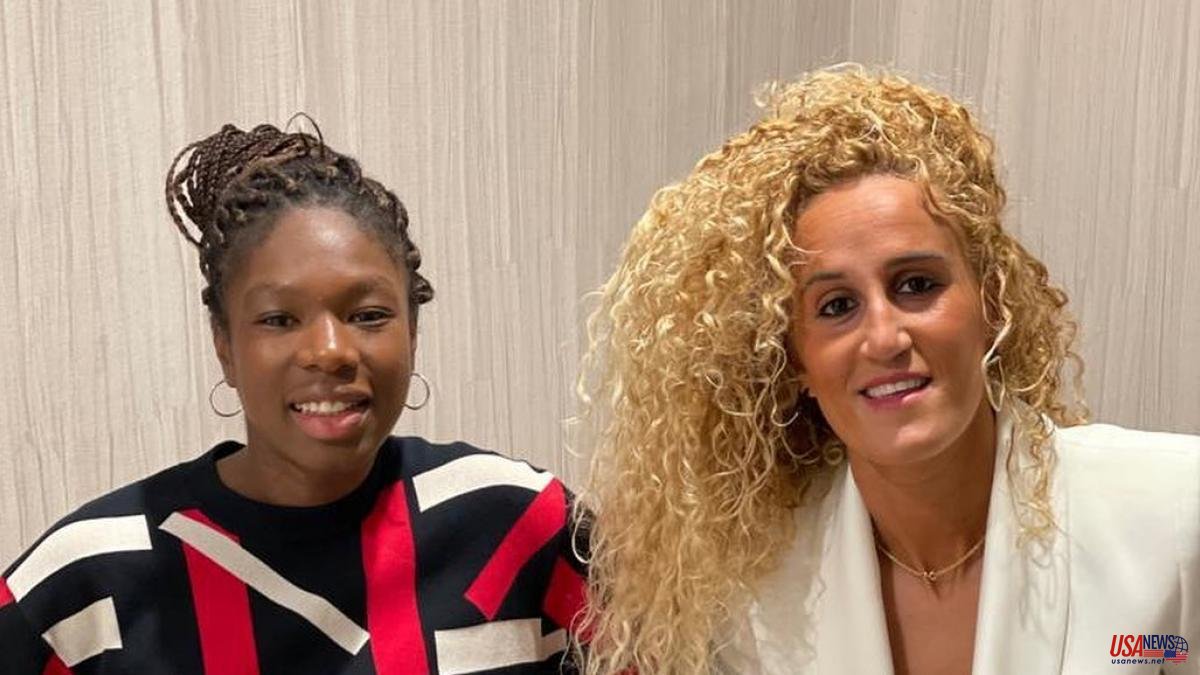 "It has been irrefutably proven that Aminata Diallo harbored a real hatred towards her teammate, whom she considered an obstacle to her own sports career." That's how forceful the investigators are about the involvement of the former PSG player in her brutal attack on her then teammate Kheira Hamraoui.

Throughout a 37-page report to which the French newspaper Le Parisien has had access, the Crime Prevention Brigade (BRB) of the Versailles judicial police speaks of a “slow psychological drift that has become, so to speak, , pathological” and considers Diallo's “deep jealousy” of Hamraoui to be proven as the motivation for the attack whose sole purpose was to “end the career” of the latter.

Aminata Diallo has been in provisional prison since last Friday, after being questioned for the second time for her involvement in the case. The first time she spoke to the police was a few days after the violent attack and she ended up being released without charge after 40 hours of questioning. The police then took the opportunity to install a listening system in the apartment and telephone of the investigated. Some listening in which confirmed the hatred that Diallo felt towards Hamraoui.

Several messages were intercepted with a confidant nicknamed 'haha' in which he showed his frustration at the minutes of the game for both: "If I were bad, jealous, calculating like her... I would tell a relative to destroy her." She even went so far as to state, “Now I am going to be ruthless.” In addition, investigators found two incriminating searches on her personal computer. Diallo Googled “dangerous drug cocktail” and “how to split a kneecap” on hers on Oct. 30, five days before the attack.

The report also details how Hamraoui, during the investigation, explained that he did not understand the route that Diallo, who was driving the vehicle, had taken that night. According to his version, also ratified by the third occupant of the car, Sakina Karchaoui, also a PSG player, Diallo was driving too slowly and made an impractical route. The accused left Karchaoui first, despite the fact that Hamraoui lived closer to the restaurant and, in addition, was very aware of the mobile at all times.

This information has also been key to investigators, who discovered that Diallo deleted the Snapchat application from one of his phones the day after the attack. The police checked who was active on the app at the time of the attack and thus managed to identify three suspects. It turned out that one of them already had his phone tapped by the authorities in the framework of a drug trafficking investigation and they verified that he was using the application at the exact moment in which the three soccer players left the restaurant.

The wiretaps allowed the police to discover that the assailants received a call after the attack saying that they had not done enough and that they had to break Hamraoui's knee again, which they refused. Investigators believe that only Diallo could have informed them so quickly of the status of the victim.

Thus, last Wednesday, September 14, four men were arrested for participating in the attack, including one nicknamed 'the little one' and whom the other three pointed out as the person in charge of receiving the order to commit the attack, in exchange of 500 euros.

But there are still some issues to elucidate. The investigators do not know the name of the intermediary between the aggressors and Diallo, but point out that he "could be a relative." Nor have they yet discovered the identity of the material author of the blows with an iron bar, who would be the one who would have hired the rest of the assailants. He is about a man who would be linked to organized crime and whom the detainees do not dare to reveal, out of fear.