Detroit, the city as a character

Barbarian has been lauded for her narrative pirouettes, her deliciously cynical humor, and her conceptual intelligence. 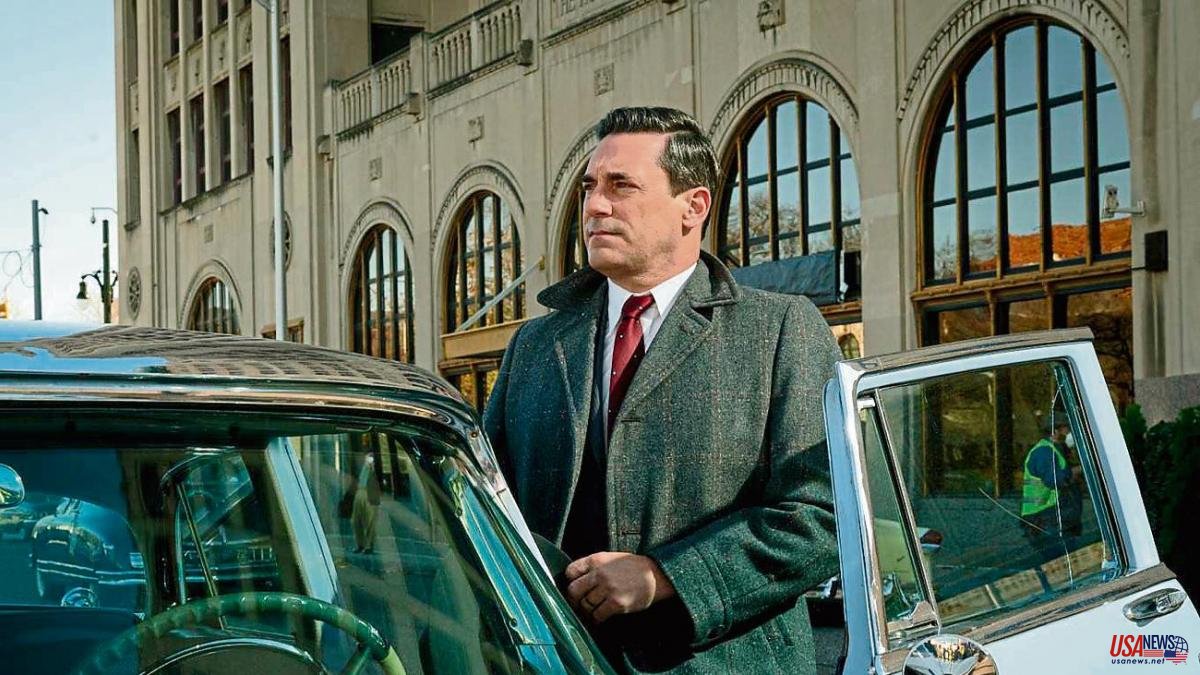 Barbarian has been lauded for her narrative pirouettes, her deliciously cynical humor, and her conceptual intelligence. There will be those who think that you don't have to ask for more than a few scares from a horror movie and, don't worry, Zach Gregger's film also fully fulfills that mission. But, of course, there is much more. Barbarian mischievously plays with topics as diverse as the controversial Airbnb platform or the delicate Me Too, but above all with the rich and complex history of Detroit, once the world capital of the Motor Empire, today a dilapidated city that is trying as best it can to reemerge from its ashes.

The Afro-heroine of Barbarian (intrepid Georgina Campbell) arrives, to spend a couple of nights, at a rented house that stands strangely pristine in the middle of Brightmoor, a suburb in which not a soul is left and all the other houses are in the most complete and dirty abandonment. The landscape is very similar to that of another great recent horror film hit: Don't Breathe (Fede Álvarez, 2016) and its disappointing sequel, which are also set, like Barbarian, in Northwest Detroit. Gregger evokes the past of Brightmoor, a planned community in 1922 to house the employees of an industry that brought together the big three: Ford, General Motors and Chrysler. In the 1950s, five out of six Detroiters clocked in at the empire's factories, but only whites lived in houses like Barbarian's, modest indeed, albeit surrounded by pristine lawns and freshly painted white fences.

Racial minorities were of course off limits to that middle-class paradise, and they stayed in the city, carefully segregated by the government, banks, and insurance companies, until, precisely to build the highways connecting downtown to suburbia, , the mayor's office decided to destroy neighborhoods that were socially and culturally very alive such as Black Bottom or Paradise Valley, a key moment that Steven Soderbergh portrays in the masterful No Sudden Movements (2021), set in 1954 and released last year on HBO, where even it alludes to trolley rails torn from the streets, in favor of cars, and reveals a little-known conspiracy by the motoring empire to save costs and create more pollution. And that was the breeding ground that, after not a few racial riots, culminated in the 1967 revolt, again in the northwest of the city, and immortalized by Kathryn Bigelow in the no less extraordinary Detroit (2017), which can be recovered in Rakuten and Movistar.

Barbarian captures just that moment in which the white middle class in turn abandons the residential periphery, towed by an industry that is relocating, suffers from the oil crisis and ends up finished off by competition from Toyota y Cía. The city, after half a century in continuous decline, will head towards bankruptcy, declared in 2013, and the invisible terror of precariousness will end up invading those quiet houses with pools in the backyard, as shown by the dazzling and timeless It Follows (David Robert Mitchell, 2014), which can be seen on Movistar and Rakuten. With that record on his back, Barbarian, in an open dialogue with Don't Breathe, once again inverts the rules of the game: if in the 70s and 80s, decades in which latches were turned, alarms were set and neighborhood patrols were formed, terror was coming from outside, personified by some masked murderer, for Gregger and Álvarez Evil is inside, as in the past in the Victorian mansions of the Gothic tradition. The rock vampires of Only Lovers Survive (Jim Jarmusch, 2013) –Filmin– live in one of them, in the heart of what was the Paris of the Midwest forever ago. Those who enter the house do so out of necessity, Barbarian's because he has come to a job interview, the thieves from Don't Breathe to steal, so they can get out.

The evil are the guys who stuck to the American Dream while everything was crashing down around them. They became monsters left without neighbors, isolated in houses that are no longer part of a community, if they ever were. They are like the old reactionary, racist and taciturn man from Gran Torino (Clint Eastwood, 2008), who cares for his old Ford, the greatest symbol of the fallen empire, as if he were a son, caressing the nostalgia of remote times, the splendor of America. His suburb, Highland Park, sits below the 8 Mile border—yes, like the Eminem biopic—and has diversified racially, finding an unexpected path to last-minute redemption in its Korean neighbors. , shortly before the city ends up in bankruptcy. The retirees of Barbarian and Don't Breathe haven't even had that chance, living in places you just can't be anymore, indulging in far more perverse and twisted forms of redemption.