Sport has the power to change the world. 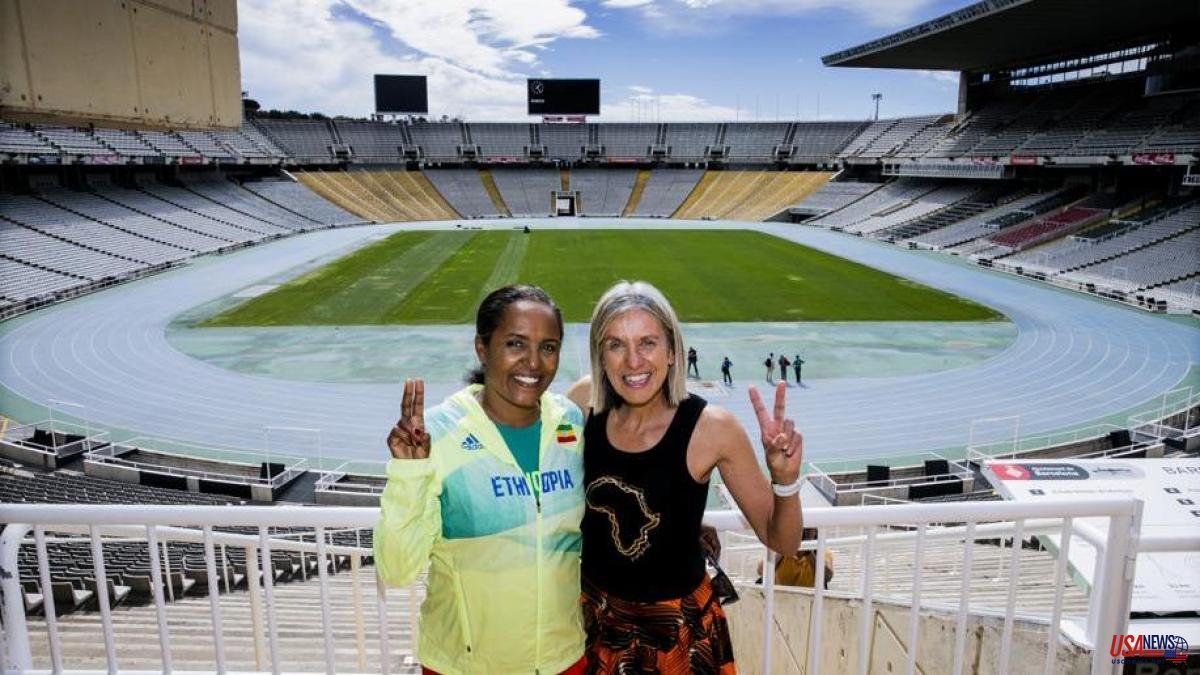 Sport has the power to change the world

That was the Olympic Village of Barcelona'92, there were only a few days left before the start of our Games and that black leader who had gone to visit the South African athletes was Nelson Mandela.

A huddle had formed around Mandela, the man who had spent 27 years in prison and had been released just two and a half years earlier.

(eventually, already in the 1994 elections, Mandela was to become the first president of the Republic of South Africa)

-We sat down to eat with Mandela, it was the first time that I met him. Think that our team was not especially ready for those Games. It was the end of apartheid (in the March 1992 referendum, South Africa had abolished the system of racial segregation; from then on, the country regained the possibility of attending major international sporting events). However, we had barely had three months to prepare for Barcelona'92. Mandela told me: 'Keep running, it's the best thing you can do for our country.' He told me about running and boxing. He made me feel like he was having a conversation with my grandfather. His energy gave me strength and faith.

Elana Meyer tells all this in the presence of her husband and her two teenage children, and her eyes mist up and the auditorium shudders, that sort of amphitheater that is the Museu Olímpic i de l'Esport, on Barcelona's Montjuïc.

Thirty years ago and a few steps further, at the Estadi Olímpic, Meyer was going to be silver in the 10,000m, the first Olympic podium in post-apartheid South African sport.

Sitting next to him, Derartu Tulu (50) listens.

Tulu had appropriated the gold. And that gold was also going to have a symbolic value: it was the first title of a black African athlete in the history of the Olympics.

Tulu, ponytail and short-sleeved T-shirt under the straps, and Meyer, small and sharp, very short black hair, fight each other in the last two kilometers and cross the finish line and merge into a hug and say things to each other even though they barely understand each other , since Tulu does not speak English and Meyer does not speak Amharic.

Then Tulu is wrapped in the Ethiopian flag and Meyer, in the South African peace flag, a symbol of the fight against segregation (in the event this Tuesday in Barcelona, ​​Meyer delivers the flag to the museum).

Both give each other the lap of honour.

And while they run, they talk to each other.

-What did they say? - they are asked.

-I can not remember it. I just know we were both excited. For me that was a dream. I was emulating my idol, the man who had inspired me to run, Abebe Bikila -says Derartu Tulu (eight years later he would repeat his Olympic gold, now in Sydney 2000).

-I had been inspired by Zola Budd, do you remember her? When he was 18 years old, Budd had had the opportunity to defend the British flag (she did it in Los Angeles '84). That had been her escape route, because then South Africa was still banned because of apartheid. I didn't have that opportunity, she lived on a farm and had no connections to any other country. I think I missed good international years. Still, looking back, I wouldn't change my life. Apart from racing in Barcelona'92, I was also in Atlanta'96 and Sydney 2000.

But don't those lost opportunities hurt you?

-My focus was on giving the best performance for myself and for my country. Over time, I have understood that those were more than 25 laps. Mandela said: 'Sport has the power to change the world'. And for me, that's lap 26.

(Today, Meyer runs a sports academy in Cape Town: 'but I don't just think about sports; I assure them an education so they can develop all their talent,' he says)

-The 26th is more than just a race. It is the demonstration that sport has a unifying value, the ability to unite people. For me, sport is everything in life. It teaches me to teach others how to be in life, to be a leader -says Tulu.

Currently, Tulu chairs the Ethiopian Athletics Federation. It has been like this since December 2020. His predecessor had been Haile Gebrselassie.

-There is only one other president in another federation. We don't have many more -she confesses.

Then they get lost in the immensity of the stadium and the echo of their memory. And then they go to eat together, all with their families.