Demonstrations against the mobilization of reservists called in Russia

The call-up of 300,000 Russian reservists to go fight in the war in Ukraine by Russian President Vladimir Putin on Wednesday morning has provoked reactions inside and outside Russia. 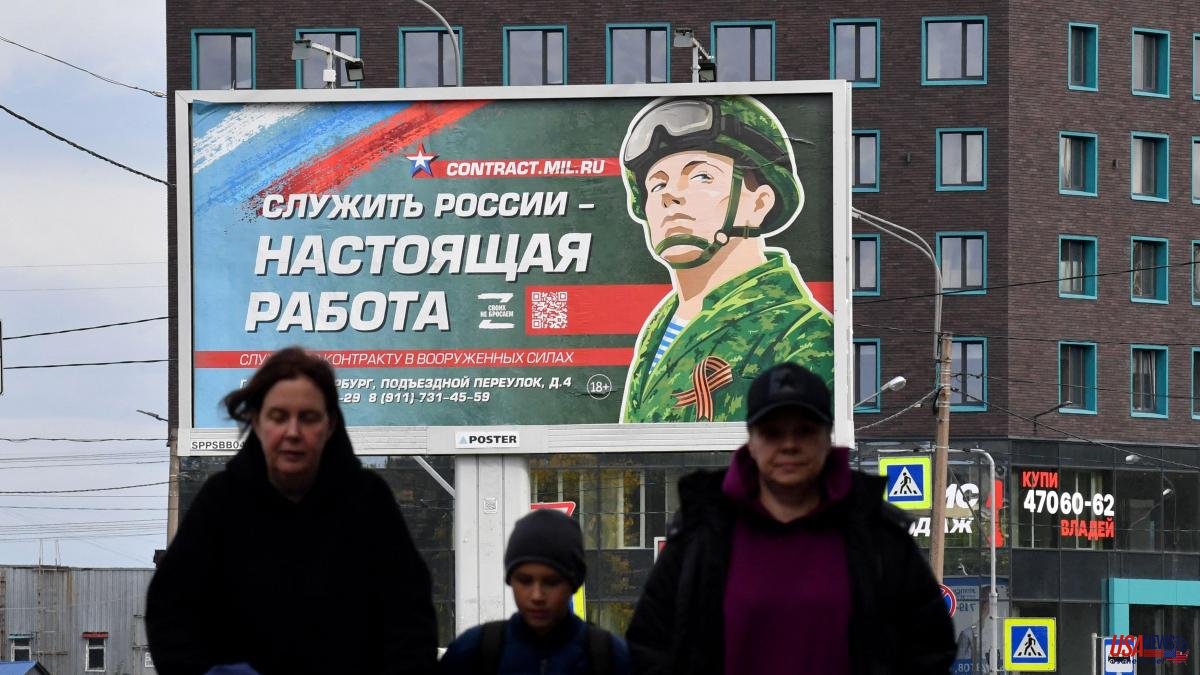 The call-up of 300,000 Russian reservists to go fight in the war in Ukraine by Russian President Vladimir Putin on Wednesday morning has provoked reactions inside and outside Russia. As for the former, the call by the pacifist movement Vesná (Spring, in Russian) for a national protest against the so-called "partial mobilization" to prevent "fathers, brothers and husbands" from being sent to the "meat grinder" stands out. from the war".

Demonstrations have been called for 7:00 p.m. today in the center of all Russian cities with a slogan that is both a play on words: "No to mobilization!" (mogila means tomb in Russian).

Notably, from shortly after the Russian invasion of Ukraine began, the Kremlin forbade any overt opposition to what Putin called a "special military operation" or the publication of "false" information about it. According to some local media, a majority of Russians are opposed to the Kremlin declaring general mobilization, although, according to official polls, two thirds of the inhabitants of this country support the military campaign.

The Russian Army has more than two million men, half of whom are technical and administrative personnel. Russian Defense Minister Sergei Shoigu estimated that 25 million Russians with military experience could be mobilized. For now, the current call-up will affect 1% of the total and among those mobilized there will be specialists who work in state-owned companies. The minister reported the death of nearly 6,000 Russian soldiers in Ukraine since the start of their offensive on February 24, a figure well below Ukrainian and Western estimates.

Russia rules out that students over 18 years of age can be mobilized, referring to university students and those who are studying vocational training. After several complaints by relatives and human rights organizations, the Russian president last March prohibited the sending to the front of young Russians who were completing compulsory military service. But according to some of these organizations, the Army has deployed thousands of conscripts in military units near the Ukrainian border in recent weeks.

Putin's announcement comes a day after the Duma or Lower House approved amendments to the criminal code that toughen prison sentences for soldiers for surrender and desertion without justification in case of mobilization or martial law up to 10 years. It is the same prison sentence faced by those who fail to comply with direct orders from a superior to participate in military or combat actions. Mobilized men could leave the service only for health reasons, if they reach the maximum age to serve in the army or if a civilian court orders their imprisonment.

In Ukraine, Putin's gesture has not surprised them. Mikhailo Podolyak, adviser to Ukrainian President Volodymyr Zelensky, considers the mobilization to be a predictable step, but one that will prove extremely unpopular and shows that the war is not going according to Moscow's plan. On "day 210 of the 'three-day war'. The Russians, who demanded the destruction of Ukraine, have ended up being mobilized, the closure of borders, the blocking of bank accounts, prison for desertion and special units in private paramilitary organizations," Podolyak writes in a message on Twitter.

Various European rulers have condemned Vladimir Putin's intentions, considering they are further aggravating the conflict. Czech Prime Minister Petr Fiala says the partial mobilization "is an attempt to further escalate the war" and "further proof that Russia is the only aggressor." Germany's Vice Chancellor Robert Habeck describes the mobilization as "another bad and wrong move by Russia".

Dutch Prime Minister Mark Rutte called the mobilization plans "a sign of panic" from Russia. "A sign of Russia's weakness and failure," wrote US Ambassador to Ukraine Bridget Brink. In the same vein, the United Kingdom Secretary of Defense, Ben Wallace, considered Putin's decision to mobilize reservists as a sign of failure. "He and his Defense Minister have sent tens of thousands of their own citizens to their deaths, poorly equipped and misdirected," he writes in a statement posted by the Defense Ministry on Twitter.