Dembélé, the star of the tour

Barça has carried out very good signings in this summer market. 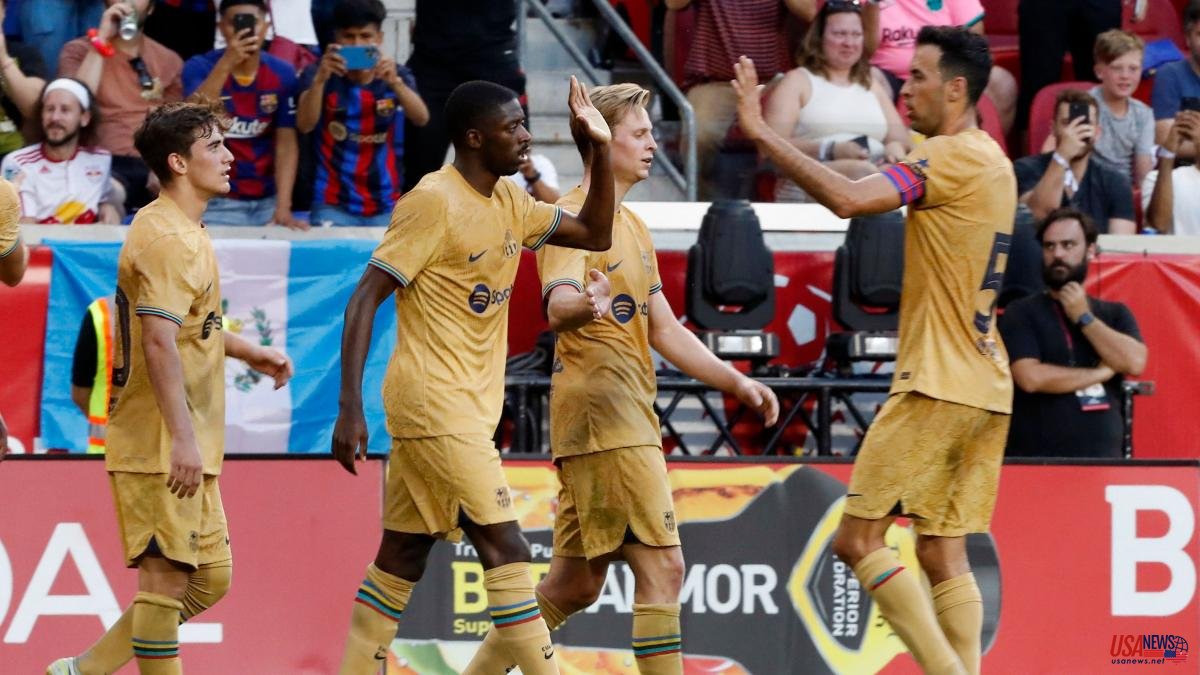 Barça has carried out very good signings in this summer market. But the great star of the club's tour of the US has been Ousmane Dembélé. The euphoria overflowed Lewandowski and Raphinha dazzled with his first goal in a classic. Then came Koundé, a proven central defender, but the French winger has been the one who has stood out the most this preseason. He gives the feeling that he has found his place, that he has matured, after the surprising marriage, and that he is more effective. It's just a preseason, but he has been the best.

It is true that he always said that he wanted to stay, while his agents dragged their feet and Barça came to prohibit him from playing. Dembélé's big bet has always been Xavi, the coach who as soon as he arrived already said that he was a footballer who could become the best in the world in his position. President Laporta also commented that he was “better than Mbappé”. Last season was a bad season for Dembélé in terms of goals (only two, one against Linares) but excellent in assists, being the leader of the League in that aspect.

It seems that that Dembélé with complex schedules, poor nutrition and lack of connection is being replaced by a player more connected to the dressing room. Precisely there the weights are changing and that also favors the better integration of some footballers. Messi was the Sun King of the locker room, with Suárez at his side and then the captains (Piqué, Busquets, Alba and Sergi Roberto) who are now giving way to other leaders. The role of youngsters is little by little having more prominence, with Araújo or Ansu Fati in the front line.

One of the big keys is that a dressing room is being forged with players who want to be at Barça. Several of them have fought for it, such as the exemplary case of Lewandowski or even Raphinha, who had other offers, or Koundé himself, who was presented yesterday and knew how to wait, despite the fact that Chelsea insisted enormously. Dembélé is also one of them. He has lowered his contract salary considerably and has signed for only two years with a clause of just 100 million, part of which will go to the agents. If he has a great season with Barça, the sports management will be very happy to raise his salary and if then he wants to leave (difficult because he will be fine) Barça will earn good money from the sale of him. At the moment, the French footballer has started very well, with a splendid pre-season, but it is already known that football is never how it begins but how it ends and Barça, with a great squad, which still lacks two full-backs, should start lifting titles this season without fail.