Dembélé signs this Thursday, Trincão returns to Portugal on loan

Ousmane Dembélé has been without a team for two weeks. 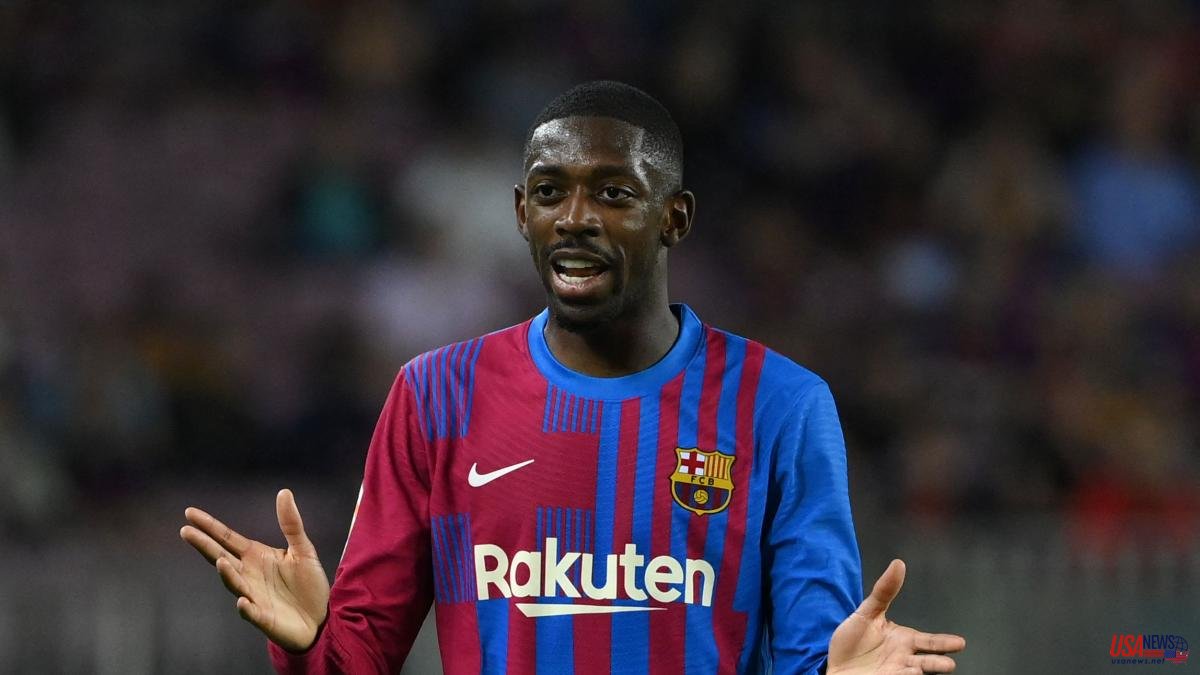 Ousmane Dembélé has been without a team for two weeks. On July 1 he ceased to belong to Barcelona. This Thursday, July 14, the Frenchman will sign his new contract... with Barça. The player already exercised on Tuesday with his former teammates under the orders of Xavi Hernández, one of the main supporters of his continuity.

The presence of Dembelé in the sports city, in the locker room and on the pitch, caused surprise but it was the confirmation of the agreement between the footballer and the Blaugrana club. The winger will soon become Barcelona's fourth signing, after Kessie, Christensen and Raphinha, announced this Wednesday.

On Sunday the footballer landed in Barcelona to stay. To join the preseason and to sign until 2024. Two more seasons to be added to the five he played between 2017 and 2022.

The 25-year-old footballer has accepted a substantial 40% salary reduction, a much lower salary than he himself demanded in December and January to renew. So there was no agreement. Now, after not receiving those great offers that he imagined, he has understood that Barça's project with Xavi was what was best for him.

With the arrival of Raphinha and the continuity of Dembélé, Francisco Trincão once again has no place at the Camp Nou. The Portuguese winger will return to his country on loan to Sporting Clube. At 22 years old, Trincão has not repeated at Barça or Wolverhampton the performance he gave at Sporting de Braga, which in his day earned him Barcelona to go after him.

The striker leaves on loan until June 30, 2023. At the end of the season, Sporting will have a purchase option. In case of making it effective, Barça will keep a percentage of a future sale.