Dembélé: "Messi and Iniesta made me love Barça"

Frenchman Ousmane Dembélé recalls that Lionel Messi and Andrés Iniesta were the two players who "made him love Barcelona", his current club, where he spent four years with the Argentine who will be his rival in the World Cup final in Qatar this Sunday. 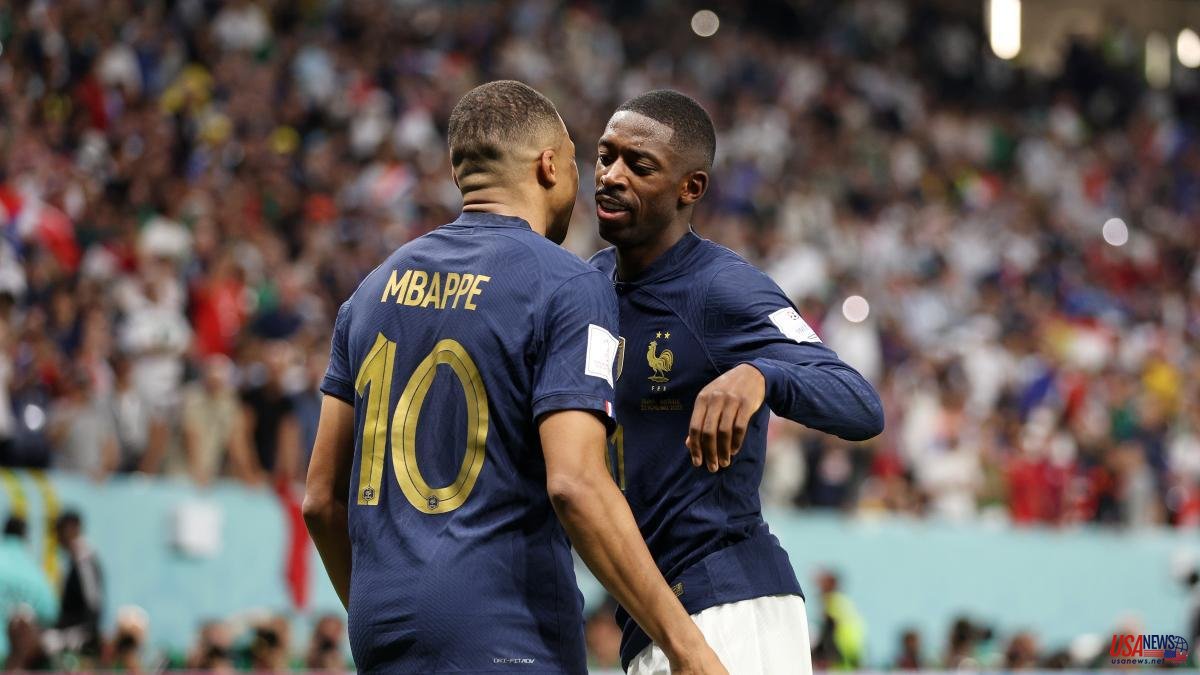 Frenchman Ousmane Dembélé recalls that Lionel Messi and Andrés Iniesta were the two players who "made him love Barcelona", his current club, where he spent four years with the Argentine who will be his rival in the World Cup final in Qatar this Sunday.

"I shared four beautiful years with him at Barcelona. He's an exceptional player and I've always said that he was the one who made me love Barça along with Iniesta. I'm very happy to have had him as a teammate," said the Frenchman.

Dembélé described Messi as "someone simple, calm", recalled that they sat together in the dressing room and stated that "he is a difficult footballer to stop". "We are going to do everything possible so that he touches as few balls as possible so that it is not decisive," he said.

The winger stated that when he arrived at Barça, at the age of 20, Messi gave him a lot of advice: "I was young, I always liked to dribble and he told me to calm down, that it wasn't worth trying every time, that there were moments that it was good to do it and others not".

Dembélé did not hide his admiration for the Argentine player, acknowledging that, given his career, "he deserves a World Cup, the trophy he lacks", but indicated that due to the work carried out since the start of the competition, "France also deserves it".

He indicated that he is having a great World Cup, to which his position on the field and the contribution of Julián Álvarez contribute, which allows him "to have more space" on the field.

The attacker indicated that they were facing the 2018 final with more euphoria and that now he feels "more calm and experienced in the team." "We were crazier in 2018. Now there's a good atmosphere, but it's not comparable, then we were younger," he said.

Dembélé indicated that he is at a good moment in his career, assured that he is "fully focused" on the World Cup and said that he is in contact with his coach at Barcelona, ​​Xavi Hernández: "He encourages me, he tells me to continue doing it as until now".