Barça faces the first of the two games against Inter Milan immersed in a situation of defensive losses and with the obligation to add two good results to access the next phase of the Champions League. 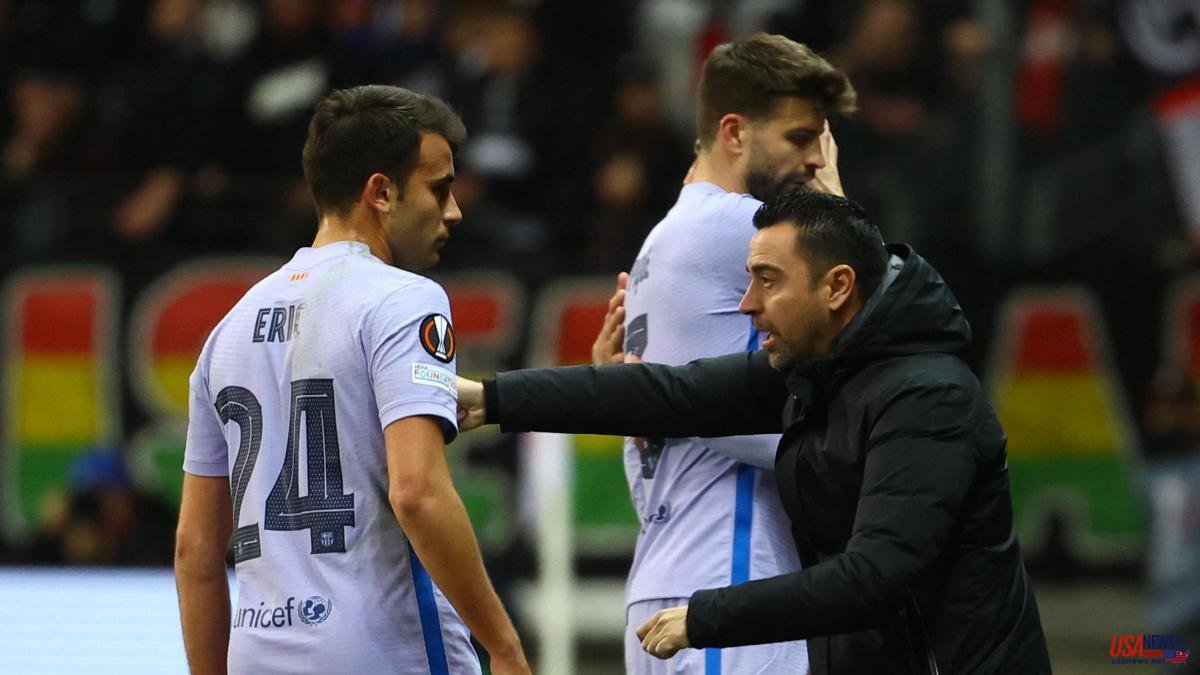 Barça faces the first of the two games against Inter Milan immersed in a situation of defensive losses and with the obligation to add two good results to access the next phase of the Champions League. In front, a rival that does not arrive well and that sees in this game the possibility of changing the dynamics. Here are my tactical keys for this great game.

The first tactical key goes through the decision that Xavi makes in the rearguard. Because unlike the day of Mallorca in which the rival changed to 5-4-1 to give up all the initiative, today it is almost certain that Inter will play in 5-3-2, which means that, in situations where those that Simone Inzaghi's men press up, they will do it individually with tips and lanes if it is a defense of four.

Faced with the 5-3-2 of Inzaghi's men and Barça's non-negotiable will to press high, another of the keys is through pressure. If we start from the basis that Barça will be structured in 4-3-3 when they don't have the ball, the most normal thing is that the top three jump to the central three. The main theme goes through who will jump to his two lanes. If the two Barça wingers go, the central defenders will be two against two. If a side and one of the extremes go (a good option), a central defender will be without pressure.

The jump from a direct midfielder to the third center back (Gavi probably) would allow him to carry out the mentioned option (lateral one winger with lanes) and also match up with his first line of play.

It will be decisive to gain control in midfield. And here there are two factors that help Barça and that they have to take advantage of. On the one hand, the very important loss of Marcelo Brozovic. And on the other, that Inter only has three troops in the middle and with little help from the other two lines, a factor for which the Barça team has to take advantage of to put in a fourth team and thus annihilate the Italians from control of the ball . Either with the entry of one of the ends, with Lewandowski's drops in height or even with the internalization of a defense.

With three centre-backs who feel so comfortable positionally, it will be vital for the Barça striker to be as dynamic as he can to find space to receive. Dropping to both sides and looking for the intervals between centrals can be good options. That is to say, just what he already did against Mallorca in the goal play and on some other occasion. Tonight is an ideal day for him to insist on looking for the backs of the central defenders on the sides.

Among the great dangers of the Italian team is what is, right now, the pair of starting attackers. And it is that the offensive aspect depends a lot on them. Between the two they accumulate five goals and three assists at this start of the course. Dzeko is more positional so he has to create less danger on paper but we will have to be very attentive to his evolution when Inter approaches Ter Stegen.

On the other hand, he has been in doubt all week, but Lautaro will have a match scenario in which he moves very well. He is the one who averages the most shots of the entire team (3.8 per game).

And if we talk about talent, we have to talk about Nico Barella. An agile footballer, very dynamic and with a fantastic creative capacity. He is normally located in the middle-right sector. He is the midfielder who has the most weight in the game and, with an average of two per game, the one who makes the most key passes in the Interista team.