The four Catalan teams in the Endesa League could not have had a worse start to the championship. 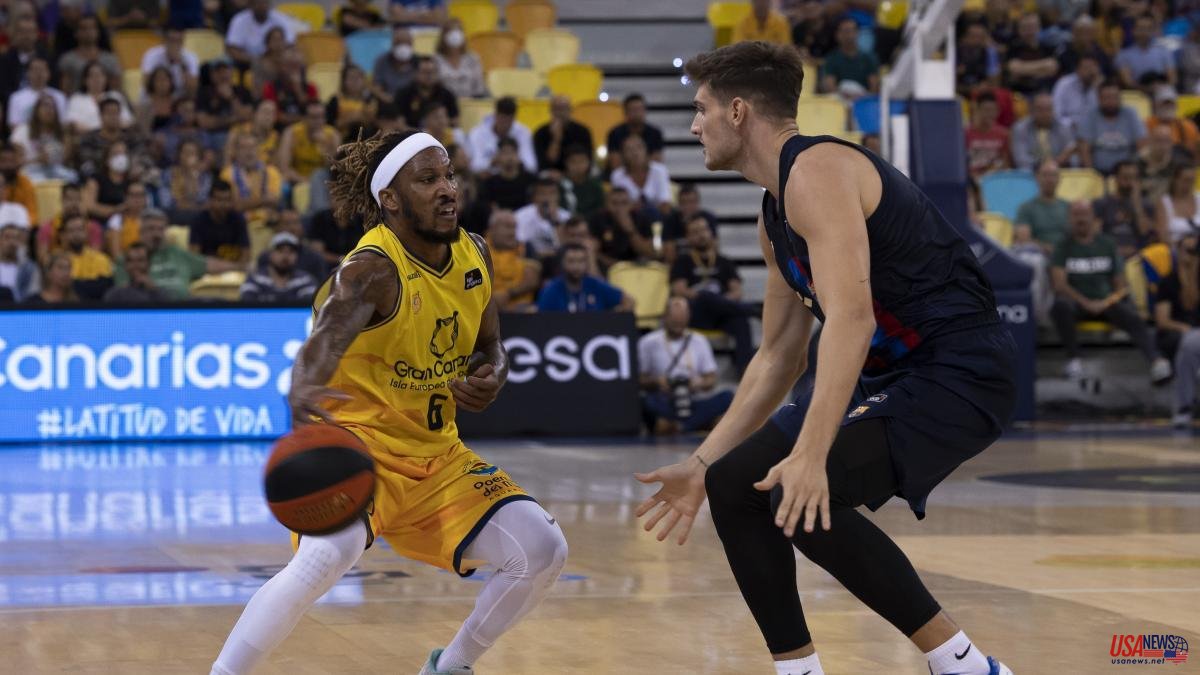 The four Catalan teams in the Endesa League could not have had a worse start to the championship. To the defeats of Bàsquet Girona on Wednesday against Real Madrid (88-94), and BAXI Manresa on Thursday against Tenerife (70-89), Barça's setbacks on the Gran Canaria court were added this Friday (88- 85) and Joventut at home against Bilbao (76-81) in two very tight finals.

In the Blaugrana ranks, Sarunas Jasikevicius must implore the return of Mirotic because his team does not work without the Montenegrin. He threw the Super Cup final against Madrid overboard and at the Gran Canaria Arena he was always in tow after 19-21 in the first quarter.

Point guard Balcerowski destroyed it in the second quarter with 13 points (for a total of 17) and Shurna finished it off in the last set with 7 more (14) that frustrated the timid Blaugrana approach, Kuric's 77-78, last away advantage in the absence of 3m06.

In that final stretch, Barça made waters, inconsistent against the power of Inglis and Shurna. The best Blaugrana was Sanli with 18 points and 10 rebounds (8 offensive), seconded by Abrines (17p, 6r) and Kalinic (15p, 6r).

Joventut led the duel for three quarters, until 63-61, but declined in the last round. In the exchange of blows, Bilbao emerged victorious after Smith made it 75-77 with two free throws with 30 seconds left. For Penya, the best was Ante Tomic with 14 points and 6 rebounds. For Bilbao, the most outstanding player was Alonso with 19 points and 4 rebounds, and Smith with 16 points and 2 assists.