A series of "unintelligible" symbols that shed light five centuries later: four researchers presented this Wednesday their discovery in France, the decipherment of a letter written in 1547 by Carlos I of Spain and V of Germany to his ambassador in Paris, shedding new light about relations between the kingdom then ruled by Francis I and the Holy Roman Empire "where the sun never set". 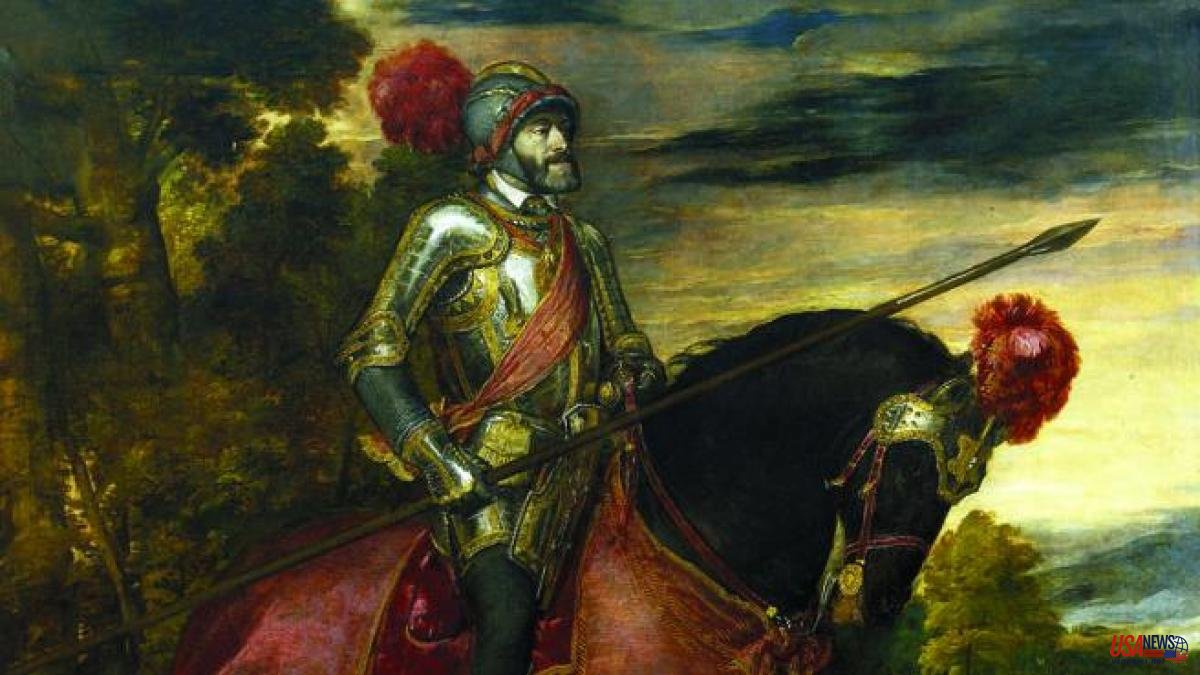 A series of "unintelligible" symbols that shed light five centuries later: four researchers presented this Wednesday their discovery in France, the decipherment of a letter written in 1547 by Carlos I of Spain and V of Germany to his ambassador in Paris, shedding new light about relations between the kingdom then ruled by Francis I and the Holy Roman Empire "where the sun never set".

To achieve this "exceptional" feat, it took six months of work by cryptographers from the Lorraine Computer Research Laboratory (Loria), associated with a historian from the University of Picardy, north of Paris.

The letter, forgotten for centuries, was in the collections of the Stanislas Library, in Nancy. The cryptographer Cécile Pierrot learned of an "encrypted letter from Charles V" (1500-1558) for the first time in 2019 by chance, during a dinner.

The researcher thought it was a legend, until two years later someone mentioned the document again and she decided to start investigating. At the end of 2021, she was able to see for the first time the mysterious and incomprehensible letter signed by the King of Spain, addressed to his ambassador Jean de Saint-Mauris.

No artificial intelligence, here it is the human being who "asks the right questions to the computer," insists the cryptographer. The decryption was done in "small steps in small steps", because the code used by Carlos V was "diabolical".

In addition to its large number of symbols, "whole words are encrypted with a single symbol" and vowels preceded by a consonant are marked with diacritics, an inspiration probably from Arabic, explains Cécile Pierrot.

Another confusing element was that the emperor used "null symbols", which mean nothing and in fact serve to deceive the adversary who would try to decipher the message. The click finally came at the end of June, when Pierrot managed to isolate a series of words in the letter.

Nancy's three cryptographers turned for the final steps to Camille Desenclos, a specialist both in cryptography and in the relations between France and the Holy Roman Empire in the 16th century. The historian helped them put together the missing pieces of the puzzle, contextualizing the letter to better understand the text.

A real "Rosetta stone" also helped in the investigation: a letter from Jean de Saint-Mauris kept in Besançon, where the addressee had written "a form of transcription" in the margin when deciphering the letter the ambassador sent him, he explains Pierrot.

Once the mystery is solved, the letter "comes to confirm the rather degraded state" that existed in 1547 in relations between Francis I and the Holy Roman Emperor Charles V, who nevertheless signed a peace treaty three years earlier, explains Camille Desenclos.

Despite this peace, the two sovereigns maintained an "extremely strong" reciprocal "distrust" and sought to "weaken" each other, it adds. The text also made reference to "a rumor of an assassination plot against Carlos V that would be brewing in France," says Desenclos. Rumor that historians did not know much about.

Although the plot -if it really existed- was not carried out because Carlos V was not assassinated, this letter shows "the fear" of the prestigious monarch in the face of this "potential threat", he emphasizes.

In the letter to his ambassador, the emperor also evokes the situation of his empire and his "political and military strategy": the use of encrypted correspondence allows him to "hide" this particularly sensitive information from his adversaries.

The researchers now hope to be able to identify other letters from the emperor and his ambassador, "in order to have a more complete picture of Charles V's strategy in Europe." "We are likely to make many more discoveries in the coming years," Desenclos exults.