Should Espanyol build the next sports project around Raúl de Tomás? According to the numbers there should be no debate and if no one is willing to pay the 75 million euros that mark his exit clause, the player from Madrid has to be the club's reference player. 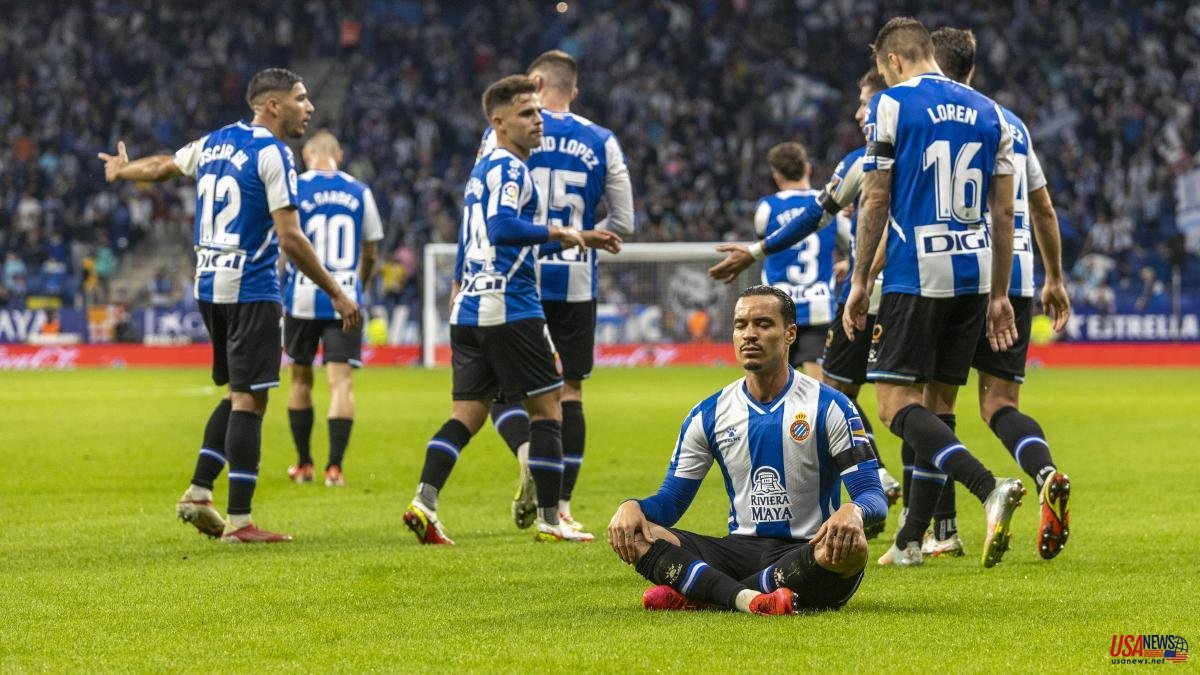 Should Espanyol build the next sports project around Raúl de Tomás? According to the numbers there should be no debate and if no one is willing to pay the 75 million euros that mark his exit clause, the player from Madrid has to be the club's reference player. His 17 goals this season, his best mark in the league since he became a professional, are enough guarantee that there are no doubts about his leadership in the team.

Espanyol rescued him from Portugal. At Benfica he didn't play, he didn't feel like a footballer. He needed a way out and a very needy parakeet team appeared there and with money to invest with which to try to avoid relegation. Rufete, who is no longer at the club, convinced him and brought him in for 20 million euros. A bargain seen his performance. Since then he has played 85 league games and has scored 44 goals with the Espanyol shirt.

De Tomás' 17 goals have enormous meaning. On the one hand, he is the second best scoring player of the century, after Tamudo's 19 in 2004. In addition, he is tied with the club's previous top scorer, Borja Iglesias. Finally, they suppose in themselves two prizes. With the first he will be awarded as the best Spanish scorer of the year and will receive the Zarra award. The second will be enjoyed shortly, as Luis Enrique has not forgotten him and has been called up for the third time with the Spanish National Team.

An untimely injury prevented him from being in the match against Albania at the RCDE Stadium. But Luis Enrique demonstrates with this call that he maintains his confidence in him. This makes the World Cup in Qatar closer to him, the jackpot for a great career.

De Tomás has won his first Zarra trophy after scoring the same goals as Iago Aspas and Vinícius Jr. Specifically, striker Perico has scored a goal every two games (0.52 goals per game). In this facet, the man from Madrid has been above the Galician, with 0.49 goals per game. Although behind Juanmi (0.67 goals per game), or Vinícius Jr. (0.56).