Frenkie de Jong is one of the footballers with the most posterity if Barça intends to make money. 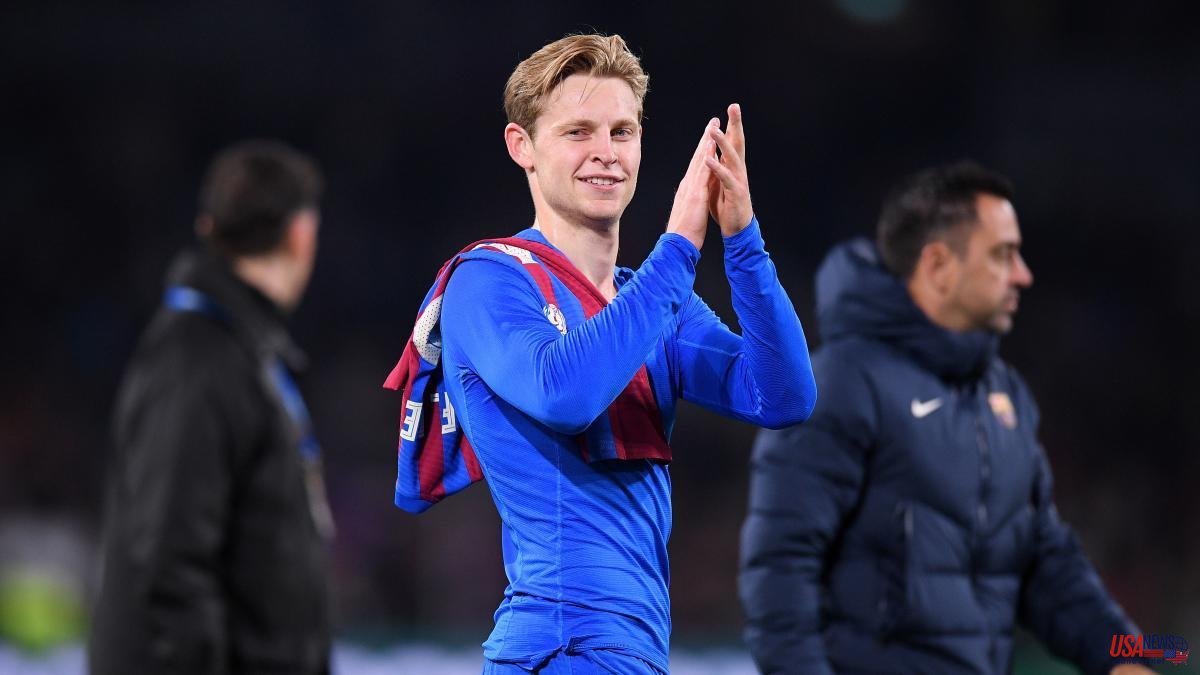 Frenkie de Jong is one of the footballers with the most posterity if Barça intends to make money. In recent weeks, and especially since the announcement of Erik ten Hag as manager of Manchester United, the possibility that the Dutch midfielder could leave the club next season has gained strength.

However, the intention of the Dutchman, as well as that of Xavi Hernández, is to continue at the Camp Nou for a long time. This has been assured by De Jong in statements to the newspaper Algemeen Dagblad and ESPN while he is concentrated with his selection.

"I prefer to stay in Barcelona. Barça has been the club of my dreams since I was little. If other clubs call I will take the call, it is something that is always done, but I don't want to talk about rumours. I feel good in Barcelona. Contacts There is no agreement or anything official," De Jong told ESPN.

De Jong, wanted by Manchester United, who is now in charge of Erik ten Hag, his coach at Ajax, commented that he had spoken with Xavi Hernández about the next season - "we talked about football, the squad and what needs to be improved"- he specified, and denied that Barcelona had proposed an exit: "The club didn't tell me anything, they didn't propose anything to me and I assume that nothing happens".

Memphis Depay does not plan to leave the Catalan team either, and that his season has been complicated. He arrived last summer to accompany Leo Messi at the point of attack, but the Argentine went to PSG, and then the Dutchman has had different injuries that have prevented him from performing at his best.

"I was injured at a bad time, I was very unhappy and it took me a long time to play again -especially due to the arrival in the winter market of Aubameyang, Ferran Torres and Adama Traoré-. Then I trained hard, kept my mouth shut and showed that I'm better," he commented in a statement to television channel NOS.

And he recalled that, even so, he finished the season "as top scorer" despite injuries. "I've only been here for one season, but I feel at home in Barcelona. I want to stay at the club and improve on the numbers this season," said the Barça striker.