Liga F and the Spanish Federation (RFEF) finally manage to de-escalate the tension in the conflict over the working conditions of the arbitration group. 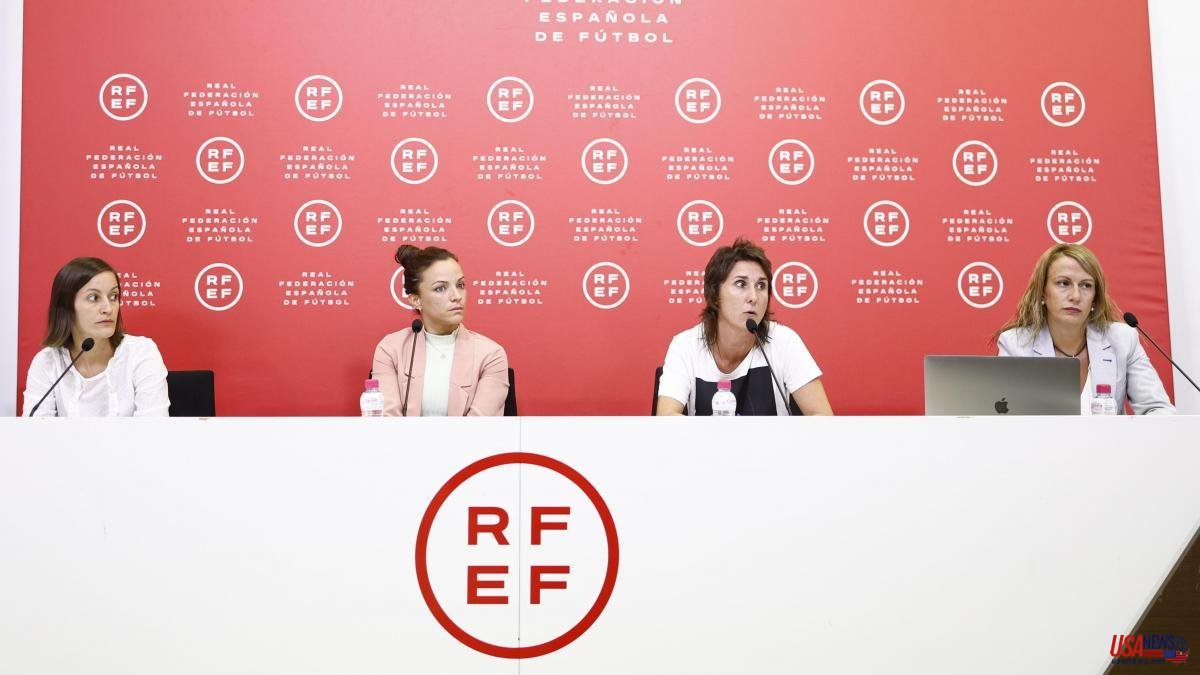 Liga F and the Spanish Federation (RFEF) finally manage to de-escalate the tension in the conflict over the working conditions of the arbitration group. After the first day was suspended due to the referees' strike and days of exchanging harsh accusations, the Higher Sports Council (CSD) mediated and summoned the two parties to urge them to resolve their differences once and for all.

At five in the afternoon the representatives of the F League and the Federation arrived, led by Beatriz Álvarez (LPFF) and Andreu Camps (RFEF). The president of the CSD, José Manuel Franco, and the general director, Albert Soler, were waiting for them inside. After more than two hours of meeting, progress was made on the proposals and they will be seen again tomorrow (11am) at the RFEF headquarters. There is still no agreement closed, but the president of the F League, Beatriz Álvarez, was satisfied with the meeting and optimistic that the second day can be played. More restrained was Yolanda Parga, head of RFEF women's refereeing: "Many things have been put on the table, I will transfer the proposal to the referees tonight, but there is much left to talk about," she said at the CSD headquarters.

The last proposal of the arbitration group was 50,000 euros per year of gross salary for the main referees - travel expenses, material and others, aside. "One sixth of what a male First Division referee earns," they pointed out. A figure that contrasted with the 3,300 euros per game that the F League had offered to cover the salaries of the main referee and the two assistants. "This amount is not even close to the minimum wage in Spain," the referees denounced at the press conference they had called at noon to explain their position.

After negotiations in the afternoon at the CSD headquarters, the Professional Women's Football League (LPFF) raised its proposal to 25,000 euros per year, promising that this figure would gradually increase in the coming seasons. The two parties get closer and the positions soften after a few days in which the tension has not stopped escalating. The F League threatened the referees with disciplinary measures for their failure to appear in the weekend's games and accused the Federation of "dynamiting" the start of the competition.

The arbitration group responded with a tense press conference this afternoon that has shown the distance between the parties: “The decision to stop has been exclusively ours. Our independence characterizes us, we do not receive orders from anyone and it is intolerable that the LPFF accuses the RFEF of manipulating us because we are not puppets”, said Marta Huerta de Aza, one of the most internationally recognized Spanish referees. Her partner Marta Frías Acedo was tougher, explaining why they were not planning to meet directly with the LPFF: “Do you think we are going to sit down with someone who is denouncing us and who has been threatening us all week?”

Faced with the escalation of tension, the Higher Sports Council (CSD) urgently summoned the two parties, which it urged, "as a gesture of goodwill for the negotiation", to "abandon their maximalist positions", and asked the F League to withdraw the request for disciplinary measures against the referees. It seems that the Government has managed to get the League and the Federation to sit down again with a willingness to negotiate, but the agreement is not yet closed and what is certain is that it will not arrive in time for the Copa de la Reina, which is disputed between Tuesday and Wednesday the first of the qualifiers. "The working conditions are the same as for the F League. If there is no agreement, we are not going to go," the collegiate confirmed.