The criminal court 23 of Barcelona has sentenced David Madí, former right arm of Artur Mas, to a sentence of 14 months in prison for having been part of a plot to defraud the Treasury. 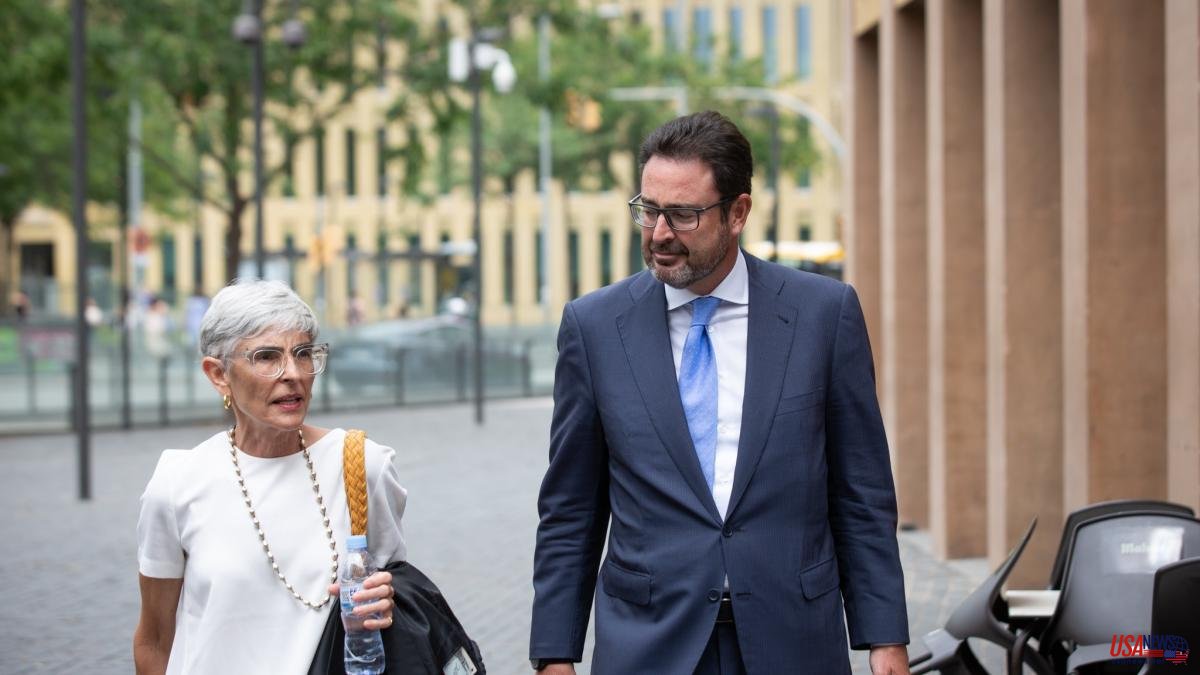 The criminal court 23 of Barcelona has sentenced David Madí, former right arm of Artur Mas, to a sentence of 14 months in prison for having been part of a plot to defraud the Treasury. The sentence indicates that the former communication secretary of the Democratic Convergence of Catalonia (CDC) acted as a necessary cooperator in a fiscal crime and in another of false documents by having made false invoices for services that were not executed. In addition, he condemns him to pay a fine of 219,750 euros.

The judge considers that the former manager of TV3, Oriol Carbó, - sentenced in this case to 8 months in prison - who was the sole administrator of the Triacom company, which was dedicated to producing television programs such as the Great Dictat, "hatched a plan with full awareness and willingness to deceive and cause error to the Public Treasury”, so that the Triacom company deducted VAT expenses and fees from corporate income tax and VAT. This audiovisual company is also the protagonist of the 3% case, in which it is investigated whether several companies invoiced the production company for work that they actually carried out for the CDC.

Thus, the sentence stands out, "in concert and by common agreement" with Joan Manuel Parra, - also sentenced to 8 months in prison, - and with the rest of the defendants, including David Madí, they made "false invoices that responded to services provided by the entities that issued them”. Parra admitted in 2017 and also during the trial that took place at the end of July, that he billed Triacom for work that was actually lent to the CDC, specifically for the 2010 election campaign. This businessman, who was also convicted of diverting of funds from the Palau de la Música, he also pointed to former minister Germà Gordó and former treasurer of the CDC as the person who told him that the producer would pay for the work for the party.

According to the resolution, Madí used to participate in the fraud of the companies he created when he left politics in 2011. As administrator of the commercial companies IKI Cat and Núbul, he issued several invoices against Triacom for services that the judge considers were not provided. As administrator of IKI Cat, he issued invoices for an amount of 105,000 euros for "Briefing, campaign and production of the General Meeting of Shareholders of Gas Natural and another of Telefónica". Those works were not executed, according to the judge. The judge considers it proven that “these services and deliveries of goods were actually executed and billed by the company Mediaproduccion with which Triacom had signed two contracts for other services.

Madí, contacted by this newspaper, defends his innocence and announces that he will appeal the sentence. During the trial, the former head of the CDC denied having made false invoices and attributed the confessions of Carbó and Parra to obtaining procedural benefits. The Prosecutor's Office requested two years in prison for the strong man of the CDC, not seeing credible that the work for which he billed was for "strategic advice."