David Ferrer, new captain of Spain in the Davis Cup: "Nadal is not ruled out"

David Ferrer, the new Spanish captain of the Davis Cup, said this Monday that he assumes this challenge "with great enthusiasm and responsibility" and assured that for the group stage of the final, scheduled for September 2023, he could count on Rafa Nadal, with the one who has already spoken on the phone and "has not been ruled out" to play. 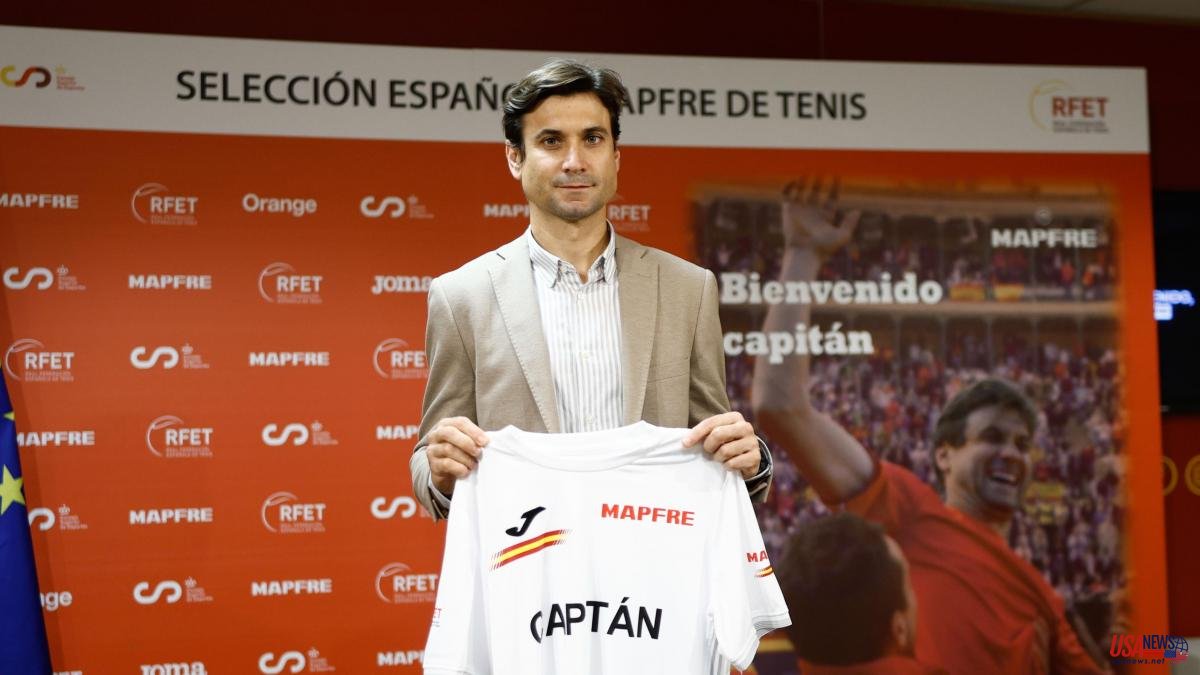 David Ferrer, the new Spanish captain of the Davis Cup, said this Monday that he assumes this challenge "with great enthusiasm and responsibility" and assured that for the group stage of the final, scheduled for September 2023, he could count on Rafa Nadal, with the one who has already spoken on the phone and "has not been ruled out" to play.

David Ferrer retired from professional tennis in May 2019 with a record that includes 27 titles in 52 finals played, 63 Grand Slams played and 7 years among the top of the world rankings, in which he reached number three in 2013.

His most outstanding triumph on the circuit was achieved at the Masters 1,000 in Paris in 2013, a few months after reaching his only Grand Slam final, at Roland Garros against Rafael Nadal. In the first of his 7 appearances at the 2007 ATP Masters, he also reached the final against the Swiss Roger Federer.

"I've been a player and the fact of having the confidence of the players helps a lot. I wouldn't have accepted this captaincy if the players hadn't wanted it, even if the federation had wanted it. It's the right time, I've been retired for a while and I also like it. I don't like it. It was difficult for me to decide. I thought about it with the closest environment and with the players", said Ferrer, who during this time will make this new position compatible with his position as director of the Count of Godó.

One of the tasks that Ferrer will have as the Spanish Davis Cup coach is to monitor the players and make decisions that, in some cases, will not be easy. "I spoke with Rafa Nadal by message before making it official and then by phone. I am very confident and we are not talking about September because there is a long way to go. Of course I will try to get the best to come and hopefully Rafa can come. It is in his hand. Now I will do tracking everyone's calendar so they are prepared," he said.

"It was not ruled out. Rafa has a schedule that is not easy after so many years playing and apart from that there are injuries. At no time has it been ruled out and when the time comes I will talk to him. He will have my full support whether he is there or not. If someone deserves all the confidence and to be exempt from any doubt, it's Rafa," he said.

One of the tennis players called to lead this generation of Spanish players is Carlos Alcaraz, who, at 19, is number one in the ATP ranking. "Carlos is very excited. He has the material of a leader and what he has achieved at the age of 19 I have seen very few people. Only Rafa Nadal or Novak Djokovic. He assumes pressure that any player does not assume," he commented.

During his professional career, Ferrer also played in three Olympic Games, with a doubles diploma in London 2012 together with Feliciano López.