Darder: "We lack the courage to play without fear of making mistakes"

Like a Phoenix, Sergi Darder (29) has had to hit rock bottom to get the best out of himself and come back even stronger. 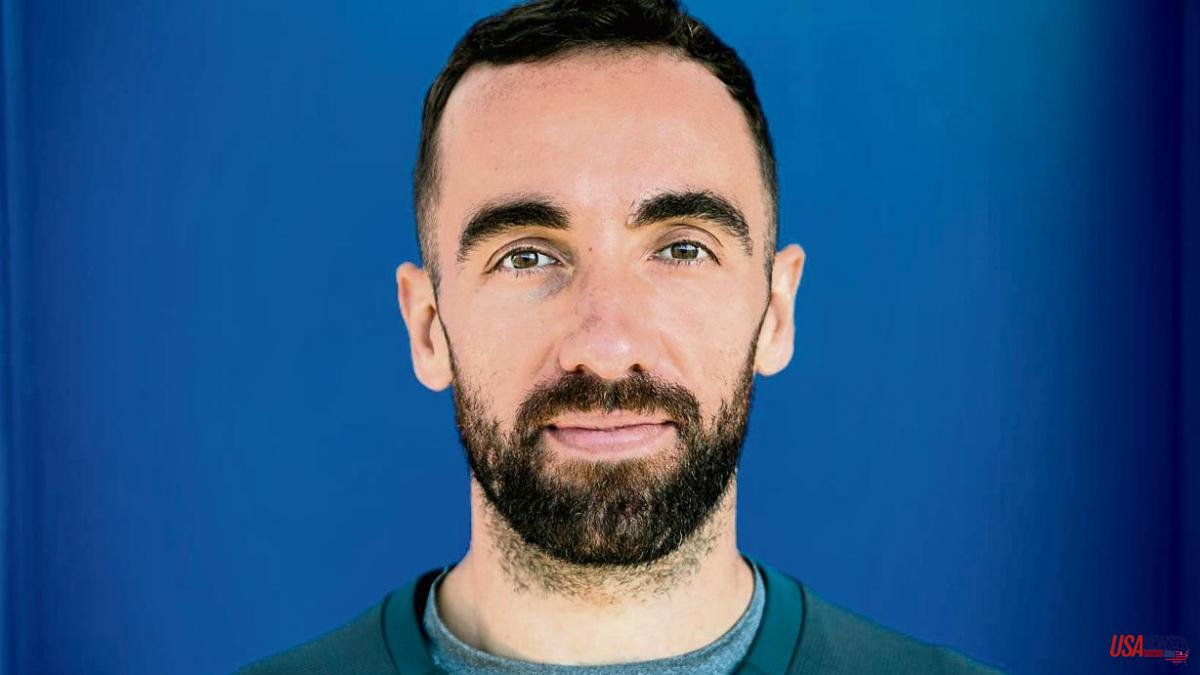 Like a Phoenix, Sergi Darder (29) has had to hit rock bottom to get the best out of himself and come back even stronger. On the grass it moves just as it is off it. He brims with optimism, confidence and ambition, which Espanyol has transmitted to him to convince him to be captain, because he already was a symbol.

In the fans a certain pessimism is detected, but later 1,200 people go to the sports city. What is the reality?

We were surprised to see so many people today (for yesterday) and it is appreciated. The reality is that the parakeet world is pessimistic in itself and if we don't give them many arguments to change it, they cling to the past. We are here to change that way of thinking. We are very confident in what is being done but we do not have the points we want. We are working on it, talking less and earning more.

How is being captain?

The first few weeks I wanted to get too involved, I had stress to do well. From there I gave him naturalness.

Did you want it?

Three years ago there was the option and I said that I was not ready. It was not my goal. But when veterans and captains leave, you see that the moment will come and you get excited.

She's in her best moment?

Every time I trust myself much more, which is what I needed, to believe it a little more. That makes you trust more who you have next to you, because if you don't trust yourself, you don't trust anyone. Now I am much more optimistic and I dare, I take risks.

You have done deep psychological work, how hard is it to do that process?

It all started the year of relegation. From day one I got into a loop. I knew things were not going to end well. I started to get into a hole, into a dead end, until I hit rock bottom.

And what he did?

Many people advised me to seek help, but I did not want to. I saw something that did not go with me. In the end I took the step and the truth is that it has been one of the best decisions of my life.

Do you see it better this year?

That's why I renewed. I saw that the club was going in a direction in which I feel very identified: trying to remove that pessimism and build some very solid bases. I like what I see and what is being tried to do.

It has become a symbol thanks to that ambition. Is that Darderism?

It goes hand in hand, Darderismo got me, but it is collective. It's not putting on the brakes. The most important thing is not to set a goal and settle. You have to go without fear of being wrong, without fear of failure.

Did you see yourself outside the club?

No, but I did have doubts. We did not have a coach or sports director, nor a base of what would happen with the club. But as soon as I saw that I liked the coach and the project, I had no doubts.

What weight did Diego Martínez have in his staying?

Quite a bit, it was a key piece. Diego is a coach with very clear ideas, with a very specific way of playing. It is what I was looking for.

Do they talk a lot about soccer?

We talk a lot, he comments a lot. He has a very clear and defined idea that has gone well for him in his career and should not change. But he does know that he is very receptive to new ideas.

Has his speech also united the dressing room?

The only thing that has been missing are those four or five points that we have deserved. They have been such gross mistakes that they spoil the season a bit. I understand the discomfort or that they are worried, but if they saw it from the inside or felt what we did, they would be as happy as we are.

Do you feel comfortable with the style of play or do you miss having more of the ball?

I try to adapt and see the positive part. I want to have the ball 100% of the time, but it's complicated. Pressing up gives you the opportunity to make one last pass or put a cross into the box. I try to see the positive things and above all the freedom it gives me to be able to play my game.

What do you think of the criticism of the style of the team?

Today we live too much on criticism and the present. We only live from the result. The same ones who now criticize, after the 7-0 loss to Costa Rica, said that we played well.

What is missing to the team?

Do not give away, because they give us little. And then more courage and more confidence. The points give you that, but we need the courage to play without fear of making mistakes.

What virtue stands out from this team?

The mentality. We have competed against all the teams and against all of them we have had a chance to win. And that is given by the strength that having received many hosts gives.

From day one people believe in what is being done, they are involved and when you feel it it is easier.

Every day I try to watch less football. But I disconnect little from sport. I disconnect from football with basketball, tennis or paddle tennis.

How do they get to the derby?

It is unknown, but I think very well. You have to perfect details that are few but very important in terms of concentration.

What worries you about Barça?

Highlighting one thing alone is difficult. Sometimes you are so focused on the defensive plane that you forget that when you attack the most dangerous thing is the counterattack. Sometimes I worry that you don't work as much.