Daniel Sanders, the first leader of the Dakar on a motorcycle, who is left without the champion Sunderland

Daniel Sanders, with Gas Gas, has won the first stage of the 2023 Dakar rally on motorcycles. 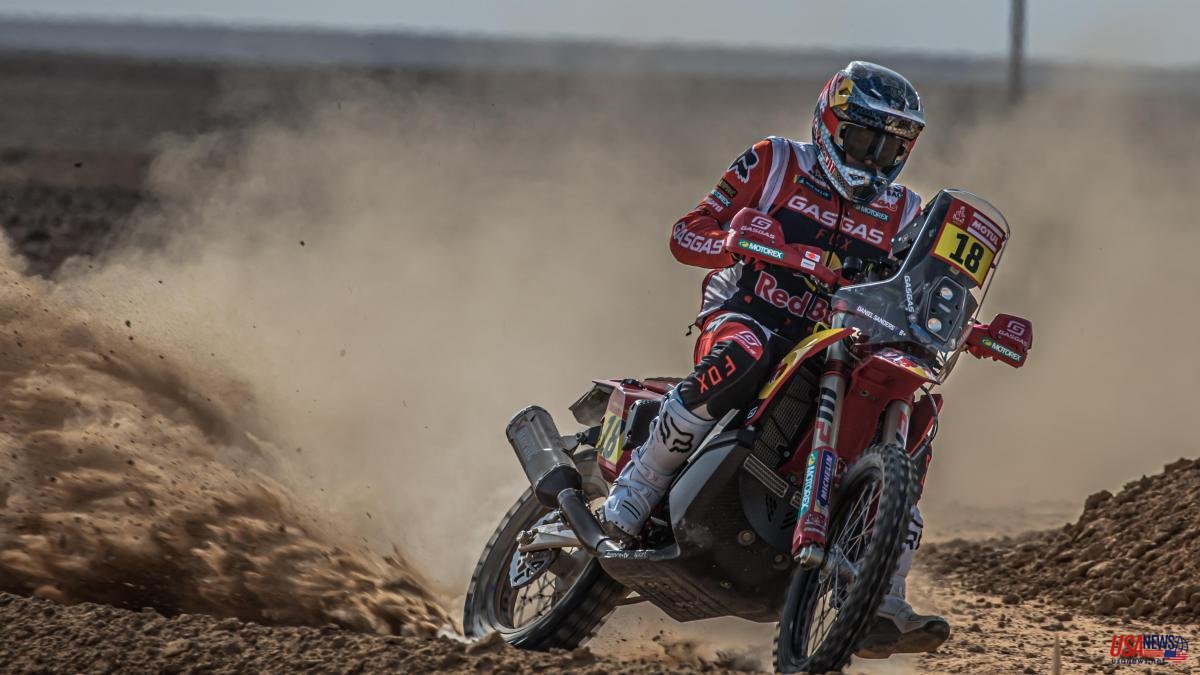 Daniel Sanders, with Gas Gas, has won the first stage of the 2023 Dakar rally on motorcycles. The Australian led the Chilean Pablo Quintanilla (Honda) by just 7 seconds, in a first day that claimed the abandonment of the current champion, the British Sam Sunderland (Gas Gas), victim of a fall for which he had to be evacuated by helicopter to a hospital.

Sunderland, who was defending his motorcycle crown from 10th position achieved in the prologue stage on the 31st, was soon out of contention due to a hard fall at kilometer 52 of the special (368km). The Englishman crashed after the first checkpoint, which the stage leader had reached with a 10-second advantage over the Chilean Pablo Quintanilla (Honda) and the Spanish Joan Barreda (Honda).

He confirmed his curse on champion Sunderland, who in 2018, when he was also defending his title (achieved in 2017), had to leave due to a fall in the fourth stage.

On this occasion, the English pilot had to be evacuated by helicopter to the Yanbu hospital to be examined for back pain. As reported by the ASO, Sunderland was treated by the medical team at the scene of the accident, "conscious and fully mobile".

The first stage, of 368 timed km, began with the dominance of the very young American Mason Klein (KTM), the great revelation of 2022 (he was the best rookie, 9th overall). He led at kilometer 133 with 46 seconds over his countryman Ricky Brabec (Honda) and Joan Barreda (Honda).

At the next checkpoint, at kilometer 277, Klein held the lead with 20 seconds over Daniel Sanders (Gas Gas) and 1m26s over Kevin Benavides (KTM).

However, in the last stretch of the barely 90km stage, the favorites attacked and Klein succumbed to the pack: he was passed by as many as five bigwigs from the caravan, with Daniel Sanders, the backpacker from Sunderland, biting to take his place. third stage victory in the Dakar (last year he won 2) after more than 3 hours and measurement on the bike.

The best Spaniard, after Barreda, was Lorenzo Santolino (Sherco) from Salamanca, eleventh, at 7m37s.