Dani Olmo, the player nobody talks about

He has three titles in the World Cup, a goal on the opening day against Costa Rica, speaks five languages ​​(yes five: Catalan, Spanish, English, Croatian and German) and plays chess at concentrations, specifically with Unai Simón. 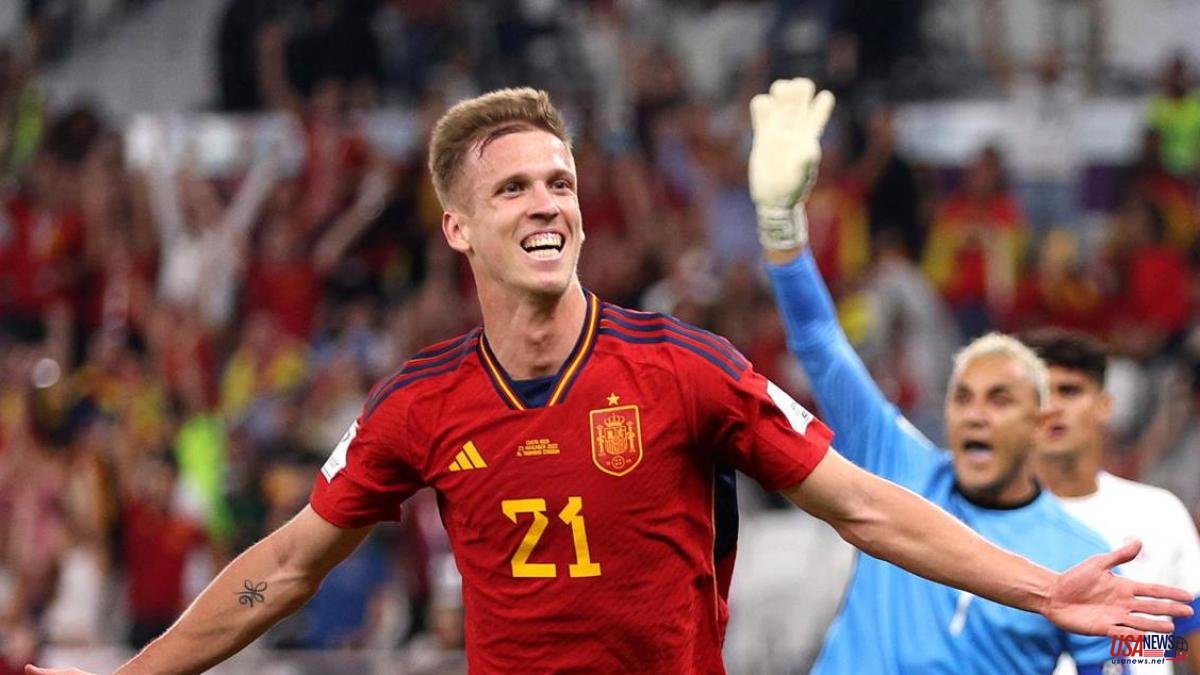 He has three titles in the World Cup, a goal on the opening day against Costa Rica, speaks five languages ​​(yes five: Catalan, Spanish, English, Croatian and German) and plays chess at concentrations, specifically with Unai Simón. What does Dani Olmo have to do to get people to talk about him more?

There are the sparkling players and the ant players. Gerard Deulofeu, a striker with unique conditions, believed everything they said about him and ended up leaving Barça against his will. The coach of the first team who told him that he did not have him was precisely Luis Enrique, who, as is well known, feels a weakness for the ant tribe.

Dani Olmo has gone slowly and quietly throughout his career, in such a way that hardly anyone sees him yet. He should end that invisibility. Dani Olmo left Barça before someone kicked him out and he chose an almost exotic, hardly understandable destination. He was 16 years old and signed for Dinamo Zagreb, attracted by who knows what. Like the chess masters, it is possible that he knew how to anticipate the many moves that would have to take place from there to end up as the undisputed starter in the Spanish team. In a World Cup A serious injury almost prevented him, but he arrived on time. Ants always do.

It is shocking to hear Olmo speak in perfect Croatian as if nothing had happened. Even more knowing that the federation of that country tried to convince him to become international to defend his shirt. Olmo, born in Terrassa 24 years ago, always raves about his time in Croatian football, but after thanking him for the attempt, he did not let himself be tempted.

Footballer today for German Leipzig, Luis Enrique is devoted to Olmo, an intelligent footballer who gives him what he asks for, that is, he is daring with the ball (he has a powerful kick and can play in all three attacking positions) and, still Better, he defends as if his life depended on him. The Asturian coach is guided by sensations but above all by data. And technology tells him that Olmo gives a lot: the one who centers the most, the one who shoots the most, the one who presses the most, the one who most of all.

Against Japan, Luis Enrique did not take him off the field or put in three fresh strikers. He preferred to continue counting on Olmo, delaying him in midfield, as far as his high understanding of the game, acquired during seven years at La Masia, and his versatility. In the semifinals of the Eurocup he made him the starting nine, sitting Morata.

The attraction between player and coach is round trip. The footballer was already asked in Doha in Marca who is better, if Julian Nagelsmann (Bayern Munich's coach was Olmo's at Leipzig) or Luis Enrique, and he replied: "I have had very good coaches, like Nagelsmann, of whom I learned a lot, but Luis Enrique is another level”.

It is from these types of alliances and loyalties that the strength of transcendent soccer teams usually arises. Spain plays the round of 16 of a World Cup on Tuesday. He will do it against Morocco after avoiding Croatia. If that had been the case, Dani Olmo would have deserved a little more attention these days. He will have to keep waiting.