Dani Fernández: "The last thing I could think of was dedicating so much time to Benidorm Fest"

The artist Dani Fernández (Alcázar de San Juan, 1991), with Eurovision experience and who was among the public's bets to participate in the Benidorm Fest, points out that musicians with a busier career have been interested in the event after the success of the last edition, but they do not have the "free time" that is required. 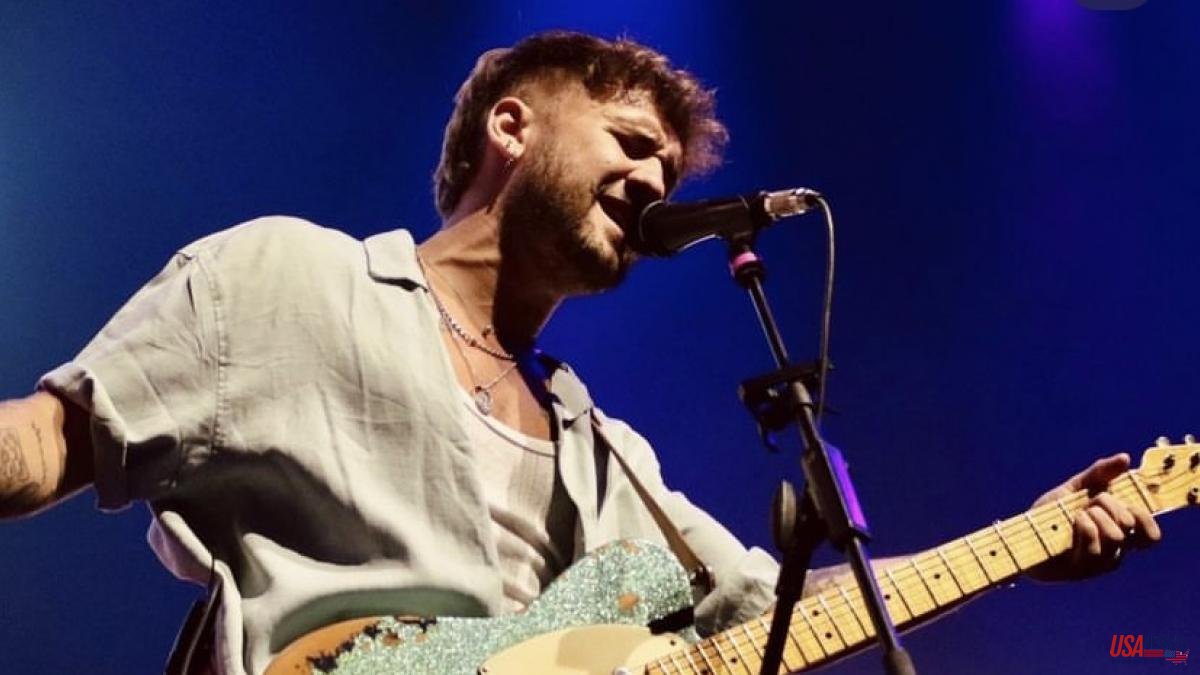 The artist Dani Fernández (Alcázar de San Juan, 1991), with Eurovision experience and who was among the public's bets to participate in the Benidorm Fest, points out that musicians with a busier career have been interested in the event after the success of the last edition, but they do not have the "free time" that is required.

"Right now I've had a pretty huge year, the last thing I could think of was dedicating so much time to Eurovision and the Benidorm Fest," he says in an interview with Europa Press, in which he clarifies that he did not plan to present a proposal . Thus, he says he has felt "calmer" now that those chosen for the contest have been announced and because he says that he received many messages from people who asked him to appear and "put him in the bets".

Fernández represented Spain at Eurojunior 2006 with 'Te doy mi voz', achieving fourth place, and came second with the 'boyband' Auryn in the 2009 Spanish pre-selection, Destino Eurovisión. After this experience, she claims to have "enormous respect" for the Eurovision experience that requires "total dedication." "I think that's why for a lot of us (artists with busy careers), a lot of people want us to perform, it's impossible. Whether it suits us or not, you have to have time," she says. However, in an interview with the digital magazine Shangay, she stated that she did not rule out taking part in the contest.

In addition, he celebrates that now RTVE is "taking seriously" participation in Eurovision and "selecting people of all kinds" and proposals that stand out for their "artistic" facet for pre-selection, which encourages participation.

About the Benidorm Fest and Eurovision, he also calls on the public to have "more respect" for the artists. "That they support the one they like and do not throw stones at the other proposals," he claims, specifying that the 'hate' generated against some participants in the 2022 edition may have influenced others not to have applied on this occasion. "We live in a world in which it is much easier to criticize and disavow songs", he regrets in this sense, to add: "You may not like one thing, but another thing is that it is shit".

Regarding the chosen ones, of whom he does not know all the names, he does highlight Alice Wonder, an artist "who deserves many things", whose "incredible voice" he applauds and with whom he would like to collaborate, as than other women like Natalia Lacunza or Amaral.

In recent months, Fernández has launched several collaborations with male bands and singers, but not because she hasn't tried collaborating with female partners, she explains. She has done it and, according to her regrets, she has received "refusals" - not of those mentioned--. "I trust in the future to collaborate with female artists", to recognize that in the music industry and at festivals, "equality is a pending issue".

In this context, he mentions Yarea, his wife, who with the singer built the album 'Between doubts and chance' (Warner Music), his second album, published at the beginning of this 2022, which has been his year because his The race has "taken another step": "It has been a very complete and happy year for me. From the outside it has been an enormous leap".

Although before he did not see himself as a "very collaborative" person, his participation in festivals this summer has encouraged him to "share music" with colleagues, among whom are Viva Sweden, Arde Bogotá, with whom he has published songs in the last months. He is now presenting his latest collaboration of the year, 'Plan fatal', with Juancho Sidecars, a song that will be published this Friday, October 28.

"The album has been one of the things that has made this growth, because it includes songs that have represented us better than the first album --Incendios (2019)--. People see more clearly where I want to go and what my music is ", he explains about his evolution, which he also believes is due to the "enormous truth" of his compositions: "From there you can continue to grow, not when you think about numbers all the time."

This 2022 in which his career has rebounded, he concludes with nominations at the Los40 Music Awards and the MTV EMA, recognitions that "have enormous value" for the artist when he makes "music that is not in fashion", in his opinion the urban. He was already present at both awards together with Auryn, the group he was part of for 7 years and which broke up in 2015. About that, he remembers that his work was not the same as it is now, since the decisions corresponded to too many people. Now, he leaves "the life".

The culmination of his year will be his first solo WiZink Center, on December 29, an experience that, he says, "is already being crazy and a dream." "I think we are going to make a WiZink of more than 10,000 people. Imagine what it is like for a kid who started at home making songs after leaving it with his band, return to that venue and see it full, with thousands of people," he asserts. excited. With the track complete and part of the stands approaching, he hopes to be able to expand the capacity before the date.

After all this, Fernández wants to continue his tour and focus on his next album, his third, which he hopes to have, at least announced, in 2023. For this new job, he is "open" to experiment, but acknowledges that he does not see himself getting closer to the urban genre.

"It's not because I don't want to, it's because I'm faithful to my voice and my way of expressing myself," he points out, moving forward and "opening up in his lyrics --which mostly speak of love and lack of love-- towards the social," but without "be a lie" and be seen "imposted". "I've already tried to do social criticism, but it hasn't worked out... When I choose a song it has to have 100% of me and an absolute truth," she concludes.