Dance of peace in Peralada 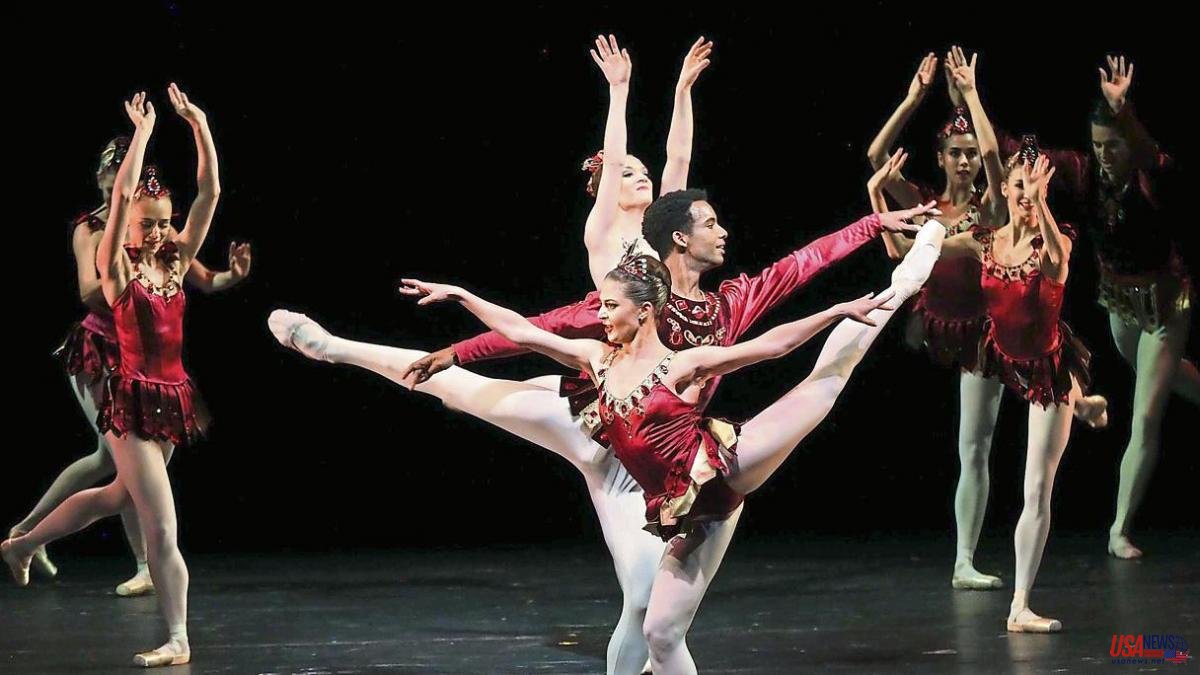 The Peralada Festival resurfaced yesterday, Friday, after two years of intense pandemic, with renewed wickerwork and greater international ambition if possible. Artists from twenty countries inaugurated the 36th edition of the Costa Brava contest with the Munich Ballet (Bayerisches Staatsballett). A summer appointment with the performing arts that in the current context of European war –and in the face of the unexpected assassination of former Japanese Prime Minister Abe Shinzo– returned to culture last night its symbolic capacity to appeal to peace and harmony.

Upon arrival at the Auditori del Parc, the public took their seats in a diaphanous stall with more than 1,000 seats that practically doubled the capacity of the last edition. The first of the two Triple Bills with which the German company kicks off the Empordà contest this weekend will take place on stage. And there were two excellent figures of the current international dance scene who officiated as a soloist couple in the first of the pieces: the Cuban Osiel Gouneo, with great technique and stage presence, and the Petersburger Sofia Ivanova-Skoblikova.

Coming from two politically related but stylistically distant schools, this couple would star in Capriccio for piano and orchestra, by George Balanchine, which is part of the mythical Rubies that the Russian-American choreographer created half a century ago for the New York City Ballet: tango, tap and jazz in combination with the academicism of ballet. The music, by Stravinsky, sounded on a recording by the Bavarian Orchestra, with Dmitrii Mayboroda as soloist... Everything in its place.

In times of political distancing and dissuasion, the double program that the director of the Bavarian Ballet, Frenchman Laurent Hilaire, brings to Peralada (yesterday and today) is the perfect sum of Western and Russian culture. On Friday night there was also an opportunity to celebrate this pairing in one of the pieces by the ill-fated and talented Liam Scarlett, the British choreographer who took his own life last year after being dressed on him by accusations of inappropriate sexual conduct within the Royal Ballet of London.

With a chance of rain, the piece that Scarlett created for the American Ballet Theater almost a decade ago, shone in Peralada as an example of new creation that overflows with lyricism and plasticity. Not in vain did Rachmaninoff's piano preludes sound live, in the hands of Mayboroda.

After the intermission, the public reacted enthusiastically to Bedroom Folk , by the Israeli Sharon Eyal, a piece on which the Grec opted for at its opening a week ago and which here closed the first Triple Bill. Former dancer of the Batsheva company, this voice with a marked personality is making a place for herself all over the world with her compact group pieces that evoke a minimal beat, in a kind of futuristic cabaret.

Among the eight dancers of this contemporary proposal, the young Canadian Shale Wagman stood out, a choreographer with a future who in today's performance, Saturday, will also be seen as an interpreter both in Affairs of the heart , by the British David Dawson, and in the second presentation de Capriccio, together with the Brazilian Carollina Bastos.

And pay attention to Yonah Acosta, nephew of the remarkable Carlos Acosta, who will be seen again at the festival, closing the edition on August 6. Yonah leads this Saturday the cast of the other great Russian ballet danced by those from Munich: Pictures at an Exhibition, by Alexei Ratmansky.

This former director of the Bolshoi was born as Balanchine in Saint Petersburg, decades later. And just as he did in the days of the first Soviets, enrolling in the Ballets Russes de Monte-Carlo and later settling in New York, Ratmansky has also ended up in exile from his country, hurt by the situation in Ukraine. In this 2014 piece he draws inspiration from Kandinsky's Color Study-Pictures with Concentric Circles (1913) and uses Mussorgsky's suite of the same name for piano. A whole celebration of the senses.