Francesc de Dalmases will no longer have organic responsibilities in Junts per Catalunya after his incident with a TV3 journalist, but he will continue as a member of Parliament. 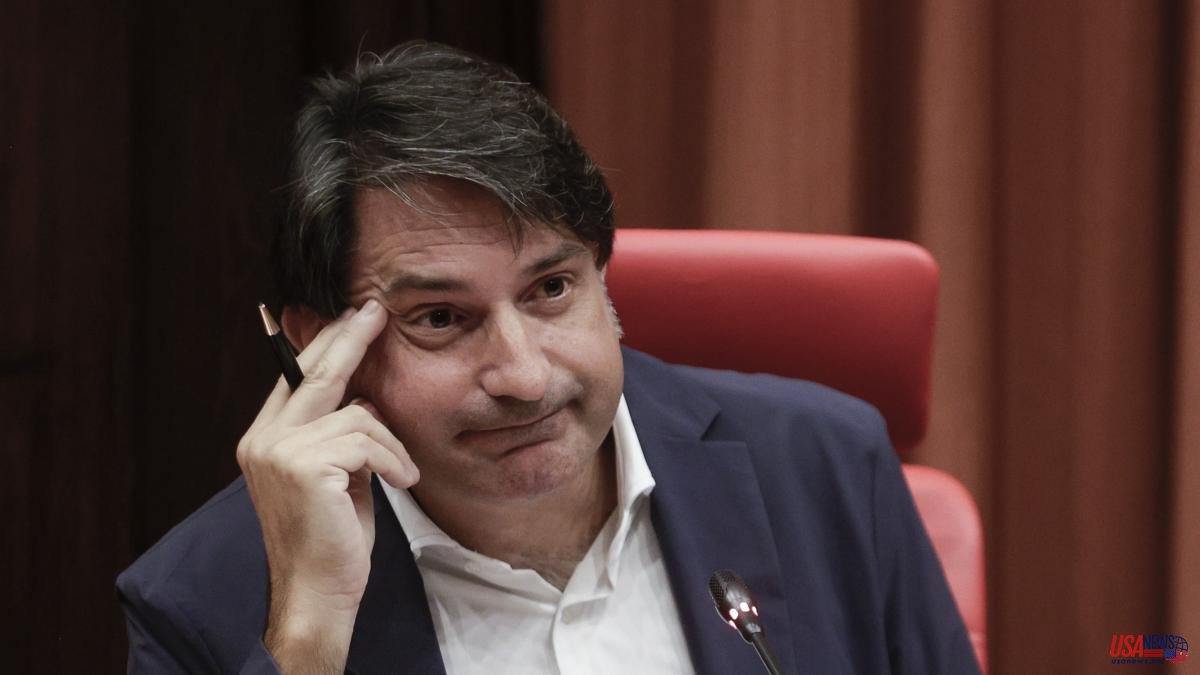 Francesc de Dalmases will no longer have organic responsibilities in Junts per Catalunya after his incident with a TV3 journalist, but he will continue as a member of Parliament. Forced by the situation, he has resigned as vice-president of the party and as spokesman for JxCat in the control commission at the Catalan Audiovisual Media Corporation (CCMA).

Although the events occurred on July 9, the decision was made this Tuesday, after the completion of the internal investigation of the formation carried out by the lawyer Magda Oranich, who is a member of the party's guarantee commission. The report concludes that her conduct was "incorrect" and that she "lost her temper in an exaggerated way."

The situation was poisoned yesterday after Dalmases himself sent a letter to the party executive in which he discredited the work of Oranich, who has a recognized track record in defending women. In fact, the lawyer denounced "unacceptable pressure" from the environment of the until now leader of JxCat and even from the president of the formation, Laura Borràs, in various interviews.

The resignation deprives Borràs of one of his closest collaborators in the direction of JxCat. For the two vice-presidencies that corresponded to him in the distribution of organic power, he had chosen Dalmases himself and Aurora Madaula.

With these wickers, some sectors of Junts began to make a move and urged Jordi Turull, general secretary, to call a meeting as soon as possible to tackle this new crisis, which once again stirred up the internal waters of the formation. These sectors were willing to organize and act if Dalmases had been successful in today's management meeting, which began this afternoon.

Before today's meeting started, some JxCat leaders admitted that the situation looked very bad and that it was difficult to find an arrangement that would make everyone happy, one of the formulas that JxCat has sought since Turull and Borràs were in charge of match.

These sources also pointed out that Dalmases himself had been aggravating the crisis with the decisions he has made in the last three months. "If he had kept quiet and apologized from the beginning and now again, maybe nothing would have happened," these sources speculate.

Dalmases did not participate in the leadership meeting at the party headquarters. According to the newspaper Ara, he was in Sant Pau hospital due to an indisposition.

Beyond the decision that has been made in the JxCat executive, the Parliament still has to say its own, since the Deputies' Statute commission has yet to issue an opinion on whether or not Dalmases violated the code of conduct of the institution. That body is chaired by JxCat, by Jaume Alonso-Cuevillas, but to date no meeting had been called.

The opposition, for its part, had not made any move in these weeks, waiting for what Junts' internal investigation would say. Now that there is a report, the groups are willing to force the convocation of a meeting of the commission, which enters an unprecedented scenario, since so far it has not issued any opinion on the conduct of a parliamentarian.