Dalmases defends himself in Parliament:

During the debate on a Junts motion "on the international political situation and the right to self-determination", the deputy Francesc de Dalmases has seen fit to speak for the first time in public about the incident he starred in on TV3 after an interview with the president of the Parliament in the program 'FAQS'. 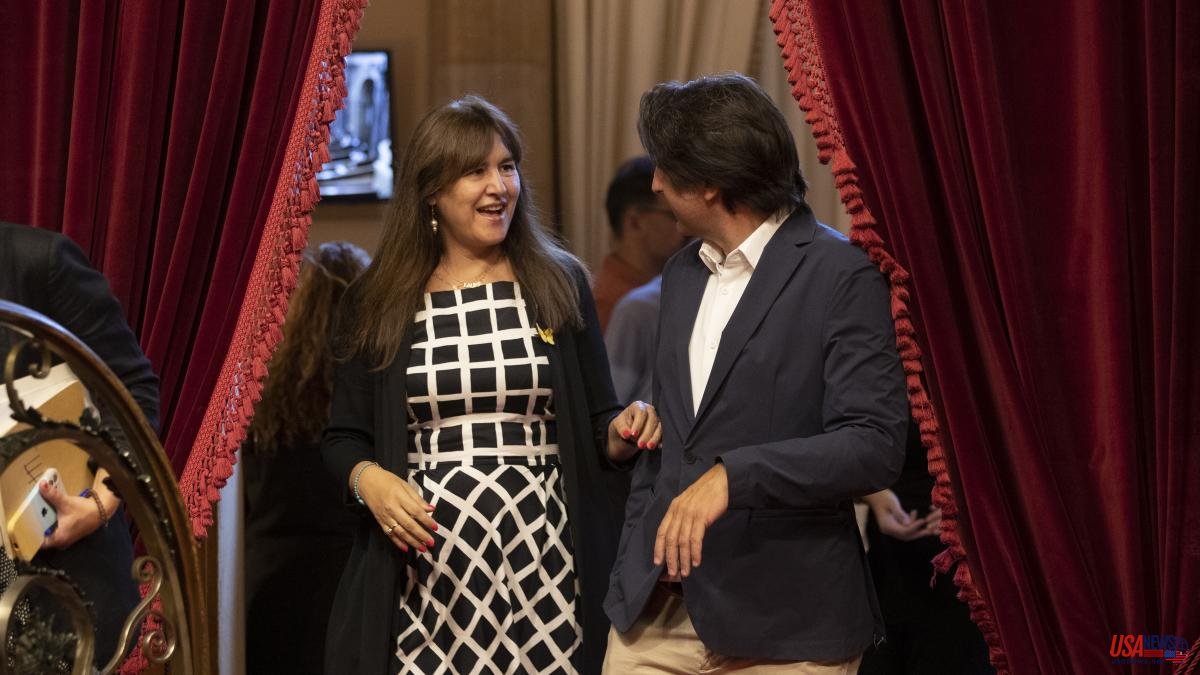 During the debate on a Junts motion "on the international political situation and the right to self-determination", the deputy Francesc de Dalmases has seen fit to speak for the first time in public about the incident he starred in on TV3 after an interview with the president of the Parliament in the program 'FAQS'. He did so in response to an intervention by deputy Nacho Martín Blanco, from Ciudadanos, who used most of his time in the debate to denounce the "mafia practices" of the post-convergence deputy.

"I had a heated discussion with a person who loves and values ​​journalism, who has known each other for more than ten years, treated each other and collaborated," explained Dalmases on his turn to defend the amendments to the motion presented by the groups, after to receive the vituperation of the orange parliamentarian.

The deputy from Junts has assured that the discussion he had with the TV3 journalist in a room, behind closed doors, with the presence of Borràs, two of his top collaborators, was "in terms strictly from a journalistic perspective", and that "in order not to confuse what it meant that there was this ancient knowledge I apologized to anyone who had been offended.

Dalmases received permission from Laura Borràs to reply to Martín Blanco's accusations for an extra minute, dealing with a matter that has nothing to do with the subject of the debate, and at that time the deputy defended his proceeding." For the sake of transparency and to avoid the defamation that I have heard in this gallery, I have committed to my party so that there is an informative file, that the situation that exists can be clarified, and in order not to generate distortions in this Parliament I have offered not to be a spokesperson of the commission of the Catalan Corporació de Mitjans Audiovisuals". Precisely, in this commission the incident will be discussed in depth with the presence of the president of the entity, who has requested an exhaustive investigation.

Dalmases has said he "deeply" regretted the situation. He has denounced that for three days he has lived "a circus that increasingly resembles a lynching" that seems "difficult to justify", and has defended that "if there is any passion" he has had in his life it is for freedom of the press and for good journalism. "It is one of the few things that I have defended in all the spaces in which I have worked."

Dalmases's explanations in the plenary session were preceded by the reproaches of Martín Blanco, who has accused him of acting "with an attitude typical of mafia organizations" with an "intolerable" and "unbecoming of a healthy democracy" episode. In fact, the orange parliamentarian has also linked this episode to the one recently denounced by Professor Jordi Llovet, who published a letter on Facebook against Laura Borràs and withdrew it after the president of the Parliament showed him her discomfort and threatened him, according to what he says himself in the social network.

The allusion to the case has made Borràs angry. Visibly upset, the president of the Catalan Chamber has allowed Martín Blanco to finish his speech to reproach him for referring to issues "that he does not even know about" and knowing that she cannot intervene in plenary to defend herself, since her role is limited to organize the debates.