"This young officer had such a bright future ahead of him," the chief said. 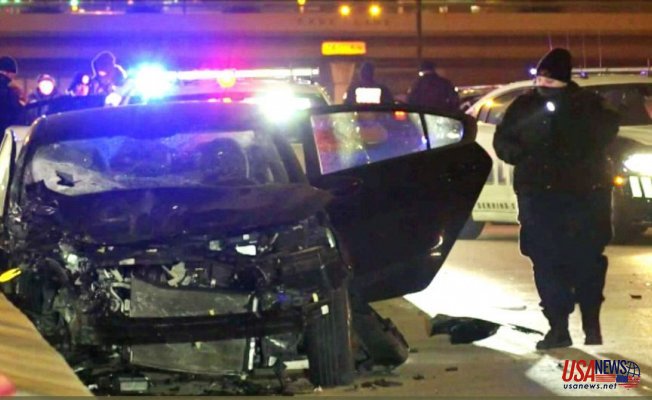 A Dallas police officer was struck and killed by a suspected drunk driver when working an accident scene immediately, the chief said.

"Our hearts are heavy at this time. This young officer had such a bright future ahead of him," Dallas Police Chief Eddie Garcia stated. "We requested that the neighborhood join us as we pray for the officer's household. We would also like to extend that prayer to the courageous men and women of this great department."

The impact caused the squad car to hit Penton, who had been securing the scene of an accident, authorities said.
The driver was allegedly intoxicated and was arrested for intoxication manslaughter on a police officer and intoxication assault, police said.

Penton, an officer pupil that joined the department in February 2019, was taken to a hospital where he was pronounced dead, police said.

The passenger in the defendant's car was hospitalized"for injury to her torso area and a laceration on her face," police said.

Dallas Mayor Eric Johnson said in a statement,"Dallas mourns today over the devastating loss of among our police officers. He died far too young, but the step of a lifetime isn't longevity, but exactly what someone does with all the time they've. And this officer devoted his time serving our great town in an inherently dangerous occupation. We are forever indebted to him and forever heartbroken by this disaster."