Dagoll Dagom is approaching its half century of life, but before that, in March 2023, they will premiere their 26th musical, L'alegria que passa. 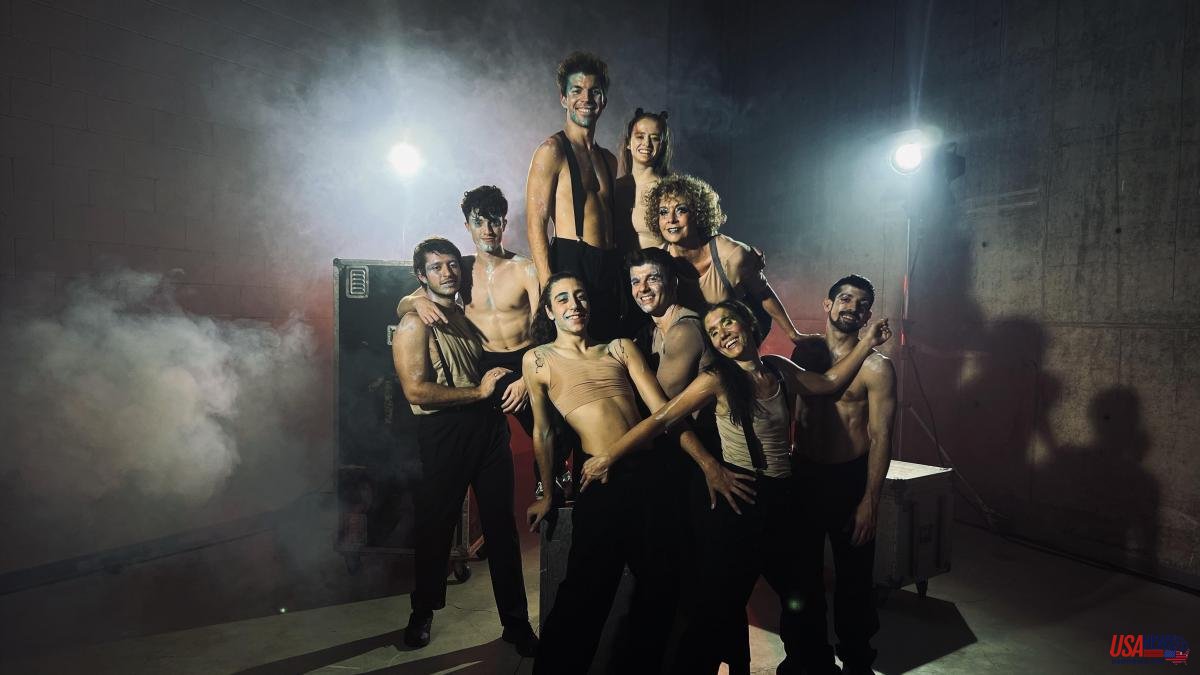 Dagoll Dagom is approaching its half century of life, but before that, in March 2023, they will premiere their 26th musical, L'alegria que passa. Based on a work by Santiago Rusiñol from 1898, it raises the confrontation between two worlds, that of the people who work in a factory and that of the company of artists that is passing through this gray town to offer their performance.

35 years after the premiere of Mari cel, Àngels Gonyalons returns to the company to play two characters, the mayor and owner of the factory, and the leader of the company of artists. "I am happy to be able to work, despite being a woman and older," the iconic artist ironized in the presentation.

The Poliorama theater in Barcelona will host the premiere in March 2023 of this production by the veteran company headed by Anna Rosa Cisquella. For the occasion, nine performers will interpret all the roles, both those of the gray town and those of the company of artists, with names such as Mariona Castillo, Eloy Gómez or Pol Guimerà.

"It has been two years of preparation, very complicated by the pandemic," says Cisquella. "L'alegria que passa is a short text, where a theater company passes through an industrial town. I remembered it when we were in a pandemic," adds the producer.

The work was Rusiñol's first great success, but it has not been performed much because it is a short piece. "We lengthen it with songs and developing some characters, based on other works by Rusiñol and his own biography", clarifies Marc Rosich, responsible for the text and stage direction. Total, an hour and a half.

The struggle between the artist and the worker, a constant in Rusiñol's work, is also present in L'alegria que passa. Rosich gives some details of the plot: "It is the clash of two worlds that want to meet and do not meet, and also impossible love, following the modernist role that we all want to be someone else."

On this occasion, "the artists arrive in a gray town, hired by the mayor, who is the owner of the factory. His son will fall in love with one of the artists, and he will want to fly, while she will want to put down roots."

The person in charge of the music, Andreu Gallén, has turned El poble gris, a prose text by Rusiñol, into a rap, the presentation song. "The piece originally had incidental music by Enric Morera. Now all the music is new, designed for all kinds of audiences. To do this, I drink from contemporary musicals from the Anglo-Saxon world. The music is played by the performers themselves and contains electronic elements, acoustics and percussion".

And the choreography is signed by Ariadna Peya: "In this fable that we have created we make two contrary worlds meet. They are radically different. All the performers act as gray people and as a company of artists, they all have the two worlds inside their bodies. The dance proposal is at the service of history and emotionality", he refers.

Cisquella underlines his commitment to the young audience, through school sessions and didactic notebooks. In addition, he announces that these days of black friday there are very succulent discounts to purchase tickets. And he concludes: "The project of celebrating 50 years in 2024 with Mar i cel continues."