The digitization of our world has changed many aspects of our lives: information, entertainment, administrative processes and procedures, or commerce, to name just a few examples. 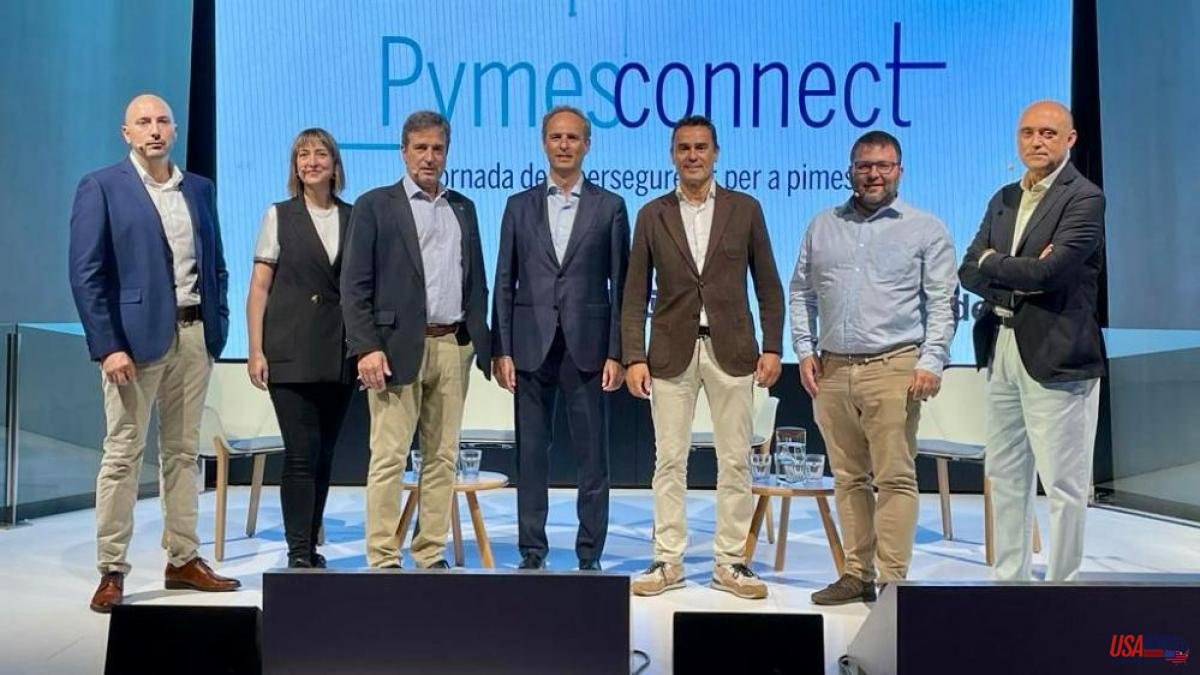 The digitization of our world has changed many aspects of our lives: information, entertainment, administrative processes and procedures, or commerce, to name just a few examples. And as a consequence of this unprecedented evolution in history, our security and the risks to which we submit as consumers and users have also changed.

The Internet has opened the door to endless possibilities that have revolutionized the world. But it has also offered the possibility that we become the target of a few evildoers who wait for any weakness to take advantage of others.

Companies, large, medium or small, and the self-employed are not spared from the ruthless plans of some profiteers. Businesses that move money and are potential victims of account hijacking, extortion, fraud or identity theft.

With the aim of raising awareness among professionals and small and medium-sized entrepreneurs, Pimec and La Vanguardia, sponsored by Banc Sabadell, have organized a new meeting on digitization and technology for SMEs, this time focused on cybersecurity.

It is a new field that all of us, individuals or professionals, must familiarize ourselves with in order to avoid serious problems that call into question the viability of our activities on the Internet. For this reason, David Giménez, managing director of Pimec, sees it convenient for the employers to accompany medium and small entrepreneurs "so that they are protected against the threats that exist and those that will come."

Oscar Ferrer, general director of La Vangaurdia, welcomed the day by recalling two news items that this week the newspaper published on its pages: Spain is the world leader in cyberthreats in robberies and the most attacked on desktops during teleworking. Two examples that highlight the risks that anyone is exposed to when opening any of their electronic devices.

During the course of the day, Raül Roca, co-founder and CTO of Grail Cyber ​​Tech, is clear that "all companies will be cyberattacked with a probability of one hundred percent, because there are four billion IP addresses and that is technically simple to track to know what vulnerabilities are behind each one of them”.

Precisely to prevent companies from being exposed to security cracks and prevent them from being exposed to attacks by cybercriminals, several of the guests at pymesconnect consider that security in a society's digital services should be considered from the first minute, so you don't have to improvise as obstacles come your way. And even so, “the impact can never be avoided, but we can minimize the effects”, adds Roca.

For Mónica Espinosa, responsible for Cybersecurity Innovation Manager of i2CAT, "cybersecurity should not be understood as an expense, but as an investment", since a good shielding of computer resources and user awareness will prevent greater evils. If we equip ourselves with cybersecurity, it will be much more difficult for criminals to supplant the identity of our suppliers and, consequently, someone can change the account number where to enter a payment or hijack all the company data and, in exchange for recovering them, demand ransoms from us with cryptocurrencies.

Faced with situations of this type and the losses that this can cause in small and medium-sized companies, the person in charge of Grail Cyber ​​Tech believes that insurance will be necessary to minimize the impacts caused by access to our systems and the losses that this causes us. can cause. Something that would also be reduced in number if workers and managers participated in training "to know how to react to a cyber attack," explains Espinosa.

We are at a time when the vulnerability of our systems is the order of the day due to the increasing capacity of criminals to attack. "Today a password is no longer enough and an email no longer has absolute credibility, because it can be easily falsified," says Joan Puig, director of information security at Banc Sabadell.

Puig recalls that, despite the threats, digitization is more necessary than ever. That what accelerated the pandemic, fear does not stop it. Especially considering that cybersecurity projects can be considered in the subsidy offered by the State for the digitization of companies and that is part of the well-known Digital Kit.