Culture to save the Ebro Delta

The writer Gabi Martínez has lived for a year on the island of Buda. 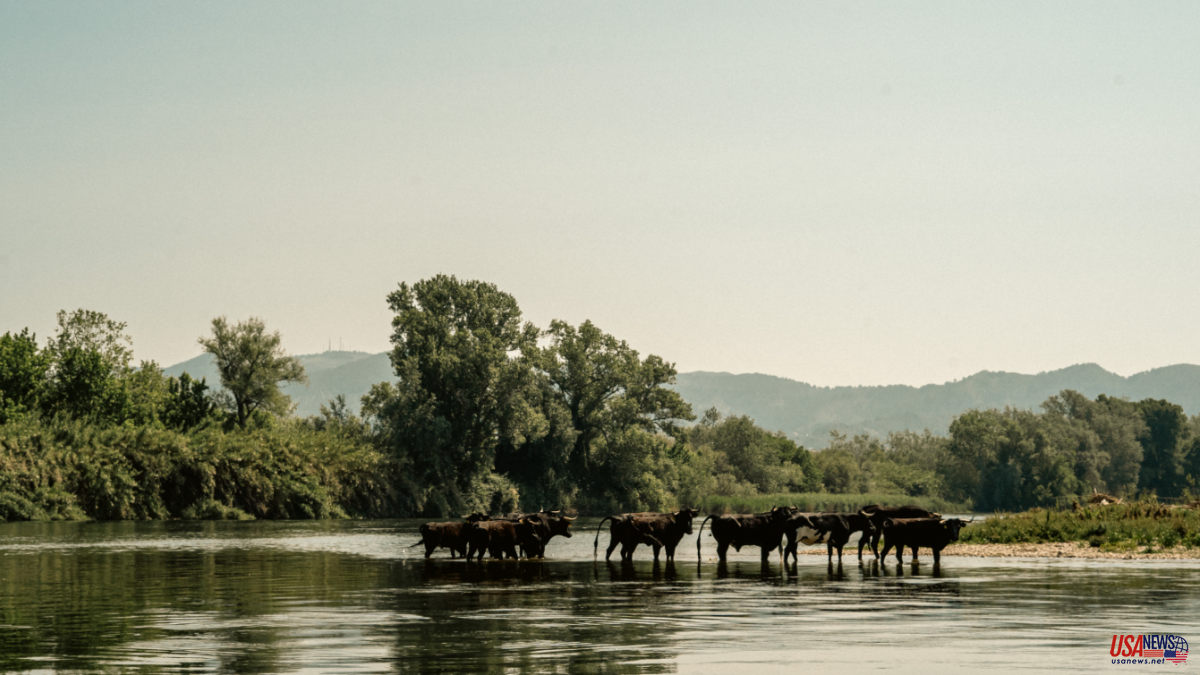 The writer Gabi Martínez has lived for a year on the island of Buda. It is the largest wetland in Catalonia, about a thousand hectares of pure nature where 40% of the birds of the Ebro Delta are concentrated, which, along with other species, live among reedbeds, tamarinds, rushes, eucalyptus and rice crops. The island of Buda is a paradise. And she is sentenced to death.

"In the last 60 years, dams have been built in the Ebro basin that have reduced the descent of sediments", explains Guillermo Borés, representative of the property of the island. That seriously wounded Buddha, who in 2017 suffered the final blow "due to climate change that has increased the level of sea water." Borés calculates that the island has between five and 10 years to live before dying in the Mediterranean.

The extension of the beach with sand from the bottom of the sea could serve to pardon Buddha. But that decision has not just arrived. While the administration thinks about it, Martínez, who loves her after his long stay on the island, has decided to do his bit to prevent his disappearance. The author of Invisible Animals has opted for culture to save nature.

Martínez sa has teamed up with Josep Sucarrats, director of Arrels magazine, to organize a caravan of artists from various disciplines, ages and backgrounds with the idea that a few days in the Ebro Delta will serve as inspiration for their new works. Martínez and Sucarrats hope that books, songs, illustrations, poems and even cooking recipes will sprout from this stay among rice fields.

David Carabén, leader of the Mishima group, did not hesitate when he was asked to join the caravan, and after two days of traveling through the waters of the delta he is sure that "there will be inspiration", although he still does not know "if it will be in the form of song”. His future work could be about the brave bull that "acted as a civilizing agent in the area, it was the machinery to cultivate the delta and is part of the territory."

"The bull has helped to conserve biodiversity," emphasizes Paco Palmer, in charge of the maintenance and feeding of the herd of wild bulls that still run free on the Illa dels Bous. A place that can be used by the French artist Natacha Sansoz to illuminate her new work. Sansoz lives in the French Pyrenees, where she develops the heritage of wool through artistic projects.

Jaume Vidal knows these bulls well because he is from the area. The latest project of this cultural promoter is the mosquito museum. Vidal vindicates these insects "which are demonized, for being enemies of tourists, but which are fundamental to maintaining biodiversity in the delta."

And Marina Monsonís, promoter of the Macba kitchen, makes art with food and she is quite clear about it: from her passage through the mouth of the Ebro river, a tasty menu can emerge based on invasive species that are little appreciated a priori, such as catfish, blue crab or Florida slider.

Also part of the caravan are Mexican biologist and writer Andrés Cota Hiriart, whose latest book Fieras Familiares has been a finalist for the 1st Libros Asteroides non-fiction award; the multidisciplinary artist Ada Vilaró and the Navarran illustrator Natalia Zaratiegui.