Cucurella debuts with victory in a Chelsea without Marcos Alonso

Chelsea debuted in the Premier League with a victory at Goodison Park against Everton. 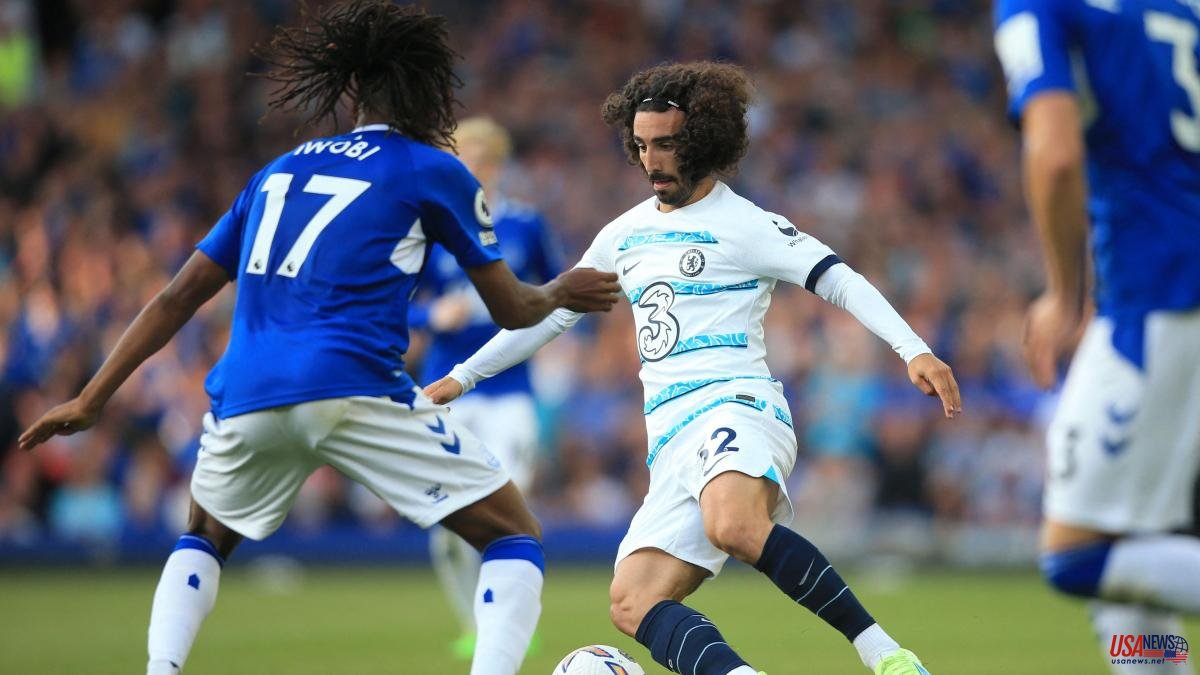 Chelsea debuted in the Premier League with a victory at Goodison Park against Everton. Tuchel's team dominated the game, but the game was quite boring, with few chances and continual interruptions.

Thomas Tuchel left Marcos Alonso out of the call, who points to FC Barcelona, ​​but the newly renewed Azpilicueta did play from the start. Marc Cucurella was on the bench and made his debut in the last quarter of an hour due to Koulibaly's injury.

The game began with the dominance of Lampard's men, but the ball did not last long for the Toffees. Dele Alli was not out. Everything changed already in the eleventh minute, when the locals lost central defender Ben Godfrey due to injury and the game was stopped for eight minutes until he was substituted.

From the 20th minute, Chelsea's dominance was almost absolute, and yet the clearest chance was for Everton, who had the goal in a Tarkowski header. Mendy avoided the goal with a great stretch.

In the 42nd minute, the referee annulled a goal against Sterling for clearly offside and when it seemed that the game was going to reach the goalless halftime, a penalty kick by Doucouré to Chillwell allowed Jorginho to score from eleven meters with a shot close to the post .

The second half began with an Everton determined to draw. He had at the beginning a couple of good deeds conjured between Thiago Silva and Mendy.

As the minutes went by, the pace of the game slowed down, becoming increasingly busy and boring, with no chances for any of the goals. In the 75th minute, Koulibaly's injury led to the departure of Marc Cucurella, who acted as a lane on the left, passing James to central. The Catalan put a good cross that Sterling could not finish off and in the end he received a yellow card.

The referee gave a ten-minute extension due to the continuous interruptions. Chelsea shot on goal for the first time in the second half in the 96th minute. Their victory was not in danger, but their image was not too good.

Incidents: match corresponding to the first day of the 'Premier League', played at Goodison Park before some 39,000 spectators. The match was stopped in the 83rd minute due to a medical emergency among the public. The meeting was resumed in 86.