César Montes: "I want to be one more warrior"

The dream of any footballer is to compete against the best. 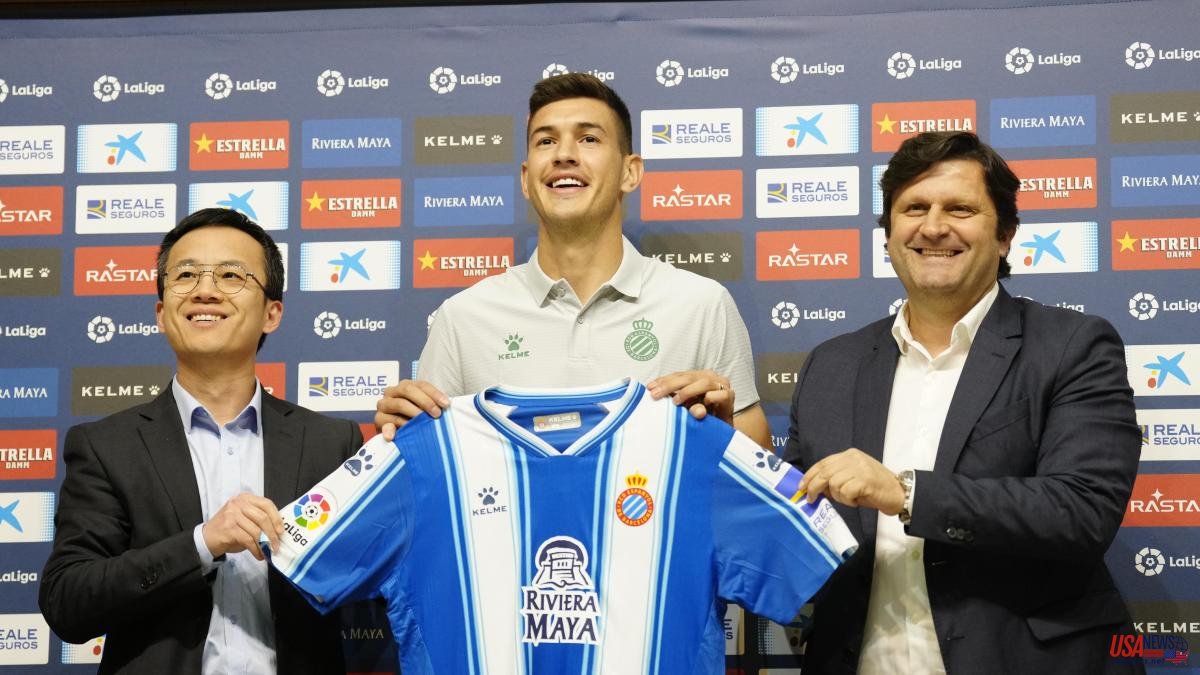 The dream of any footballer is to compete against the best. And for César Montes this is synonymous with playing in Europe. Since he was little, he thought of one day crossing the pond to progress in the elite. Today that dream took its definitive step by being presented in partnership with Espanyol. Accompanied by his family, the 25-year-old Cachorro recognized the influence of Héctor Moreno in having chosen the blue and white team as his destination, with which he also identifies because it is a "humble and hard-working" club. Finally the arrival of the Mexican has been through a transfer and not a transfer as had been speculated in recent days. His termination clause will be 30 million euros and his contract will last until 2028.

The courage to want to progress in his career is for Montes “what defines me as a person, the mentality to compete against the best and excel. That's why getting here is an illusion. Since you were a child you always want to excel, progress and compete against the best”, said the central defender about what it means for him to come to Espanyol. "They have given me confidence, and it was the right time to make the change, after a World Cup and with a lot of accumulated experience," he acknowledged.

The central defender arrives to shore up a defense that has suffered a lot at the start of the season. He will have almost no time to adapt as he will demand immediate performance. He speaks little and has a good appearance, but what he stands out about himself is his "personality and courage". “I am one more warrior who wants to meet the group objectives. I am very well physically, I was already ready to play before I came, ”he confessed.

“Héctor Moreno is a fundamental part of my being here, he spoke very highly of the institution. I am grateful to him for what we have shared, I consider him a reference, an important pillar, an example to follow, ”he confessed about the influence of the former Espanyol central defender and his teammate at Rayados de Monterrey.

With regard to the market situation, Domingo Catoira, Espanyol's sports director, has made it clear that nothing is advanced or closed and warns that Keidi Bare's injury modifies the team's plans. “There is nothing nearby. Heidi bare's misfortune is something unexpected and that opens up a need that we didn't have so much in mind. It's all open. We have nothing advanced in any position, ”he confessed.

“We are the first team that brings a player. We have shortcomings and it is time to redirect or alleviate them. The coach and the sports management always analyze the deficiencies and within the economic parameters we try to alleviate the problems we have. We will use all available resources ”, claimed the parakeet sports director.

Lastly, he referred to the situation of Adrià Pedrosa, who continues without renewing his contract. "The club has made every effort beyond what was foreseeable so that they would stay and it is he and his environment who have to make the decision they deem appropriate," he assured, implying that the player will not continue in the club. club.