Juan Marín, who was the leader of Cs in Andalusia and vice president of the Board during the last legislature, has admitted feeling "disappointed" after having been disowned by his party when accepting the position of president in the Economic and Social Council of Andalusia (CES ) at the request of the leader of the regional government, Juanma Moreno. 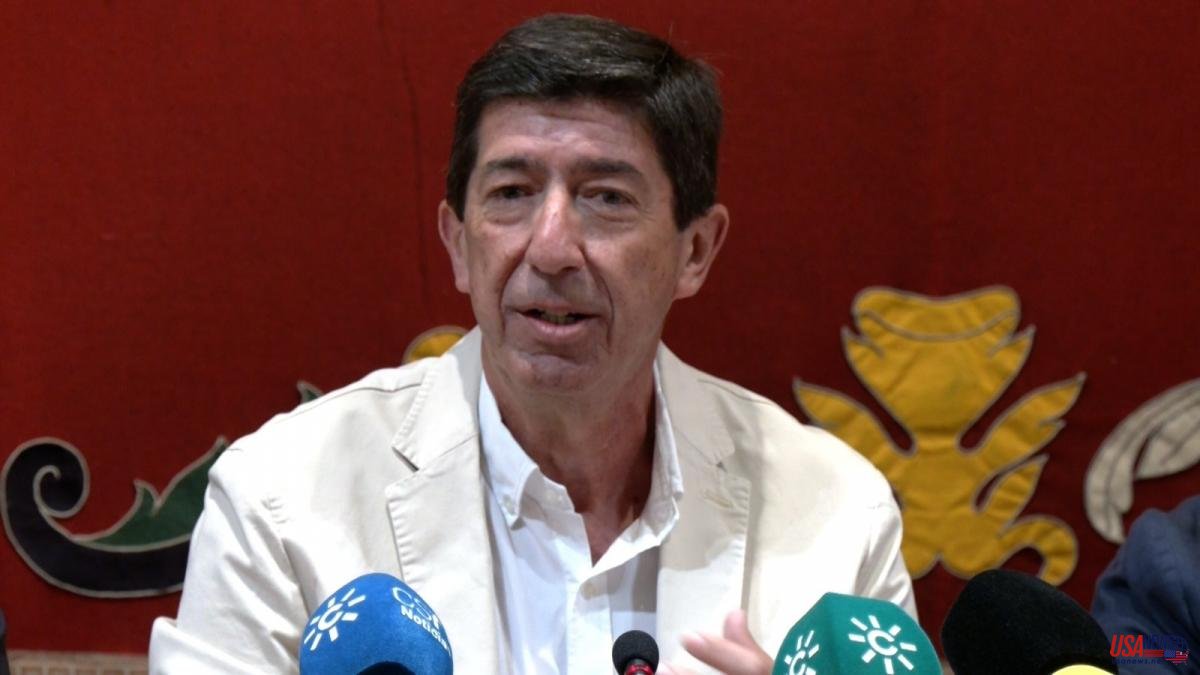 Juan Marín, who was the leader of Cs in Andalusia and vice president of the Board during the last legislature, has admitted feeling "disappointed" after having been disowned by his party when accepting the position of president in the Economic and Social Council of Andalusia (CES ) at the request of the leader of the regional government, Juanma Moreno. In a few words, the Sanluqueño has indicated that he has felt obliged to unsubscribe as a member of the orange formation "by indication" of the secretary of the Organization of Cs and not "of his own free will".

On the other hand, the national leader of the group, Inés Arrimadas, has declared that the request for Marín's dismissal is "incomprehensible" and the result of "ignorance" of what the Presidency of the CES represents, an argument that has also been put forward by the former Andalusian leader to explain this situation.

It was on October 17, when the appointment of Marín as president of the CES was announced, when Cs contacted the former Andalusian leader requesting that he resign so as not to "damage the image of the party", according to explained in an interview with SER. Through email, and not "by his own decision", he processed this request against his will, he has said, since he wanted to "remain affiliated" considering that his new position is not incompatible with remaining a member of the party .

"I am not giving up voluntarily, the party asks me to. The Organization Secretary, Carlos Pérez-Nievas, asked me last Monday at 10:30 p.m. They told me that there were some people in the National Executive who did not agree that I occupy this position and that it would be convenient for me to request my temporary leave so as not to damage the image of the party", explained Marín, before defending that "not having committed any type of infraction that is not covered by the statutes in my political formation " because the Presidency of the Andalusian CES "an independent and collegiate body" that is not part of the Government of the PP.

A part of the Cs leadership has not been well served by the attitude that Marín has maintained in recent weeks. It is not only the fact of having accepted his position in the CES but also the statements warning that he "did not care if someone in Cs had bothered" by joining the Moreno Government. In addition, against all odds, Marín opted to go on joint lists with the PP to the next municipal elections (an idea that his team did not consider in the Andalusian elections) but it was an option discarded by the orange formation almost instantly.

Likewise, the one from Sanlúcar has insisted that at all times Arrimadas was aware of the offers he was receiving and of his decision to return to being active in the public institution, so he does not quite understand the surprise and reaction of the organization of the party. She "was informed at all times, she talked to me telling me that it was an important position, that I deserved it, that I've done a great job and that we'll see how this issue fits", he commented.

The politician, who followed the instructions of Pérez-Nievas, secretary of the Organization of Cs and sent the email to the party requesting withdrawal as a member, has advanced that he has not received confirmation that he is no longer part of the formation. In fact, according to ABC, the former leader has paid the monthly fee for October and is at the expense of receiving any notification from the oranges, since he has insisted that he has tried to open communication channels with them but that he has not got response.

Be that as it may, Marín is clear about several things: that "you cannot open a file or do anything to me because I have not broken any rule"; that he feels "disappointed" with the political formation after having "assumed responsibilities that were not mine after the result of 19J"; that he has been forced to withdraw from the party to which "I have always been loyal" and that no one "is going to prevent me from continuing to defend the values ​​that I defend, even though he has asked me to please withdraw as a militant" , he concluded.