Crossing the Bosphorus becomes impossible, and it's not because of the war

Cruising the Bosphorus will be just as beautiful next month, but five times more expensive. 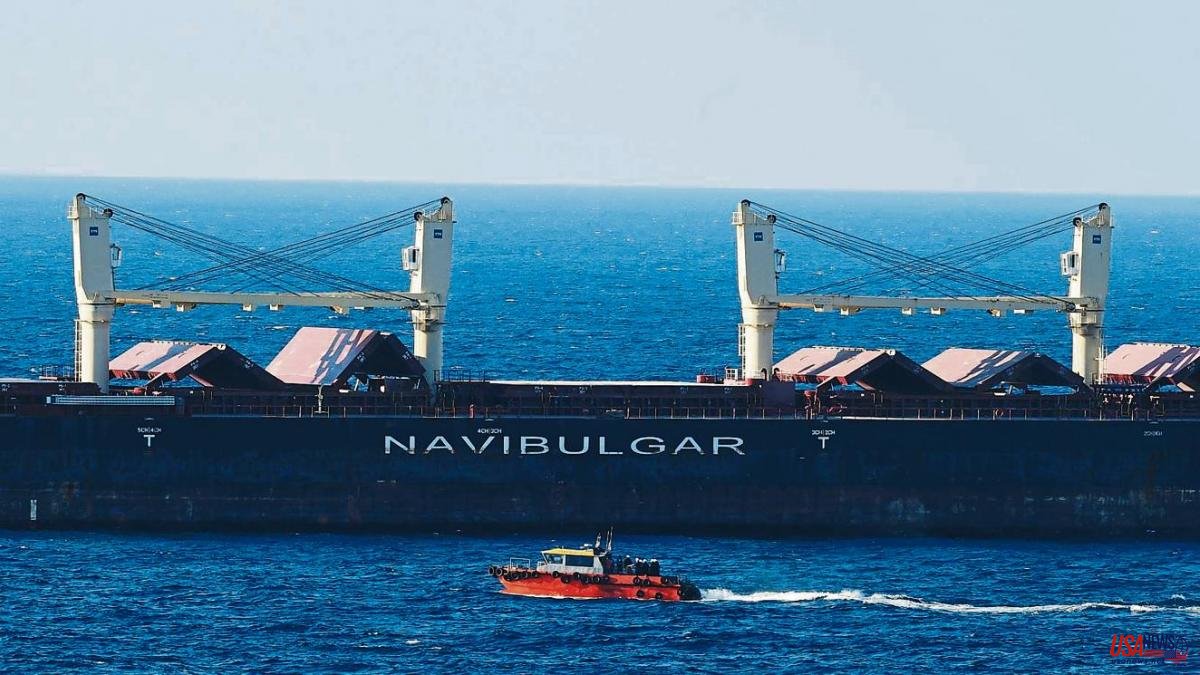 Cruising the Bosphorus will be just as beautiful next month, but five times more expensive. Those affected are not going to be the luxury cruise ships, which return to dock in Istanbul in pairs, but passengers as humble as wheat, corn and sunflower oil. In addition to the essential raw.

After forty years, the Government of Ankara has announced a forceful tariff "update" for merchant and oil tankers that cross the Bosphorus and the Dardanelles from October 7. In the background, the war in Ukraine, which has revalued the strategic position of the Turkish straits, between the Black Sea and the Aegean.

Forty days ago, bread riots seemed inevitable in several poor countries. You could almost hear the ticking, until a joint coordination center – with Russian supervision – was established in Istanbul for the export of Ukrainian grain stocks. However, now it is Ankara that adds a spoonful of famine to that boiling broth. Each ton will pay 4 dollars of toll, instead of 80 cents.

The Montreux Convention, which returned control of its straits to Turkey in 1936, authorizes it to charge a fee for assistance and pilotage. The price was established according to the value of the germinal franc (0.29 grams of gold), until in 1983 it was set in dollars, "with a 70% reduction", according to Ankara protest.

Yörük Isik, factotum of the Bosphorus Observer website, believes that “it is a reasonable increase”. He also covers the return, if it occurs within six months. “They have taken so long not to upset the Russians,” he says. As of 2023, the rate update will be annual.

“Until now, a typical freighter paid about $1,500. A 275 meter tanker, 57,000”, explains Isik. And they put 15 million inhabitants at risk, in a metropolis where ferries from one shore to the other must give way to these titans.

One of Turkey's largest wheat buyers, who requested anonymity, considers it a drop in the bucket, compared to rising freight rates. “It seems like a lot, because a freighter of 3,000 tons that paid 2,400 dollars goes on to pay 12,000. But in the case of flour, it is barely 1% more expensive. Of course, it gives an opportunistic and unpleasant image. But I wish that was the problem of the Turkish economy.” Inflation exceeds 80%.

Recep Tayyip Erdogan wants to enter 200 million dollars with this toll, instead of the current 40. To put it in perspective, Egypt has earned a record $7 billion in the last year from the Suez Canal. Artificial, yes. But written off and nationalized decades ago.

The announcement coincides with the alarm among Istanbulites because the Leandro Tower, on the Bosphorus islet, which served in ancient times to inspect ships and tax their cargo, has disappeared behind a screen. It has been dismantled to restore it.

Opposite, with a gull's eye view, is the brand new Manta Shipping building, which declines to comment on the increase. Its owner co-founded another shipping company with Erdogan's eldest son. The president knows where he steps, since his father was also a boss. Meanwhile, financial hardships – with a lira in the ICU – have forced the Istanbul canal to be parked, a megaproject that was supposed to run parallel to the Bosphorus.

The scoop of the increase was given by the Sabah newspaper, the same day that the Turkish ambassador was summoned to Kyiv to explain the entry into the Black Sea, from Syria, of a Russian S-300 battery.

The Russians, who use mainly Greek freighters, are the most affected. Vladimir Putin has already complained that most of the Ukrainian grain he spares goes to Europe, instead of preventing famines. Erdogan, on Friday, agreed with him.

In this troubled river, the only ones who fish less and less are the fishermen stationed at the foot of the Bosphorus and the Golden Horn, which ceased to be the one of abundance an eternity ago.