British Foreign Secretary James Cleverly came under fire on Wednesday after asking gay fans attending the World Cup in Qatar to be "respectful of the host nation". 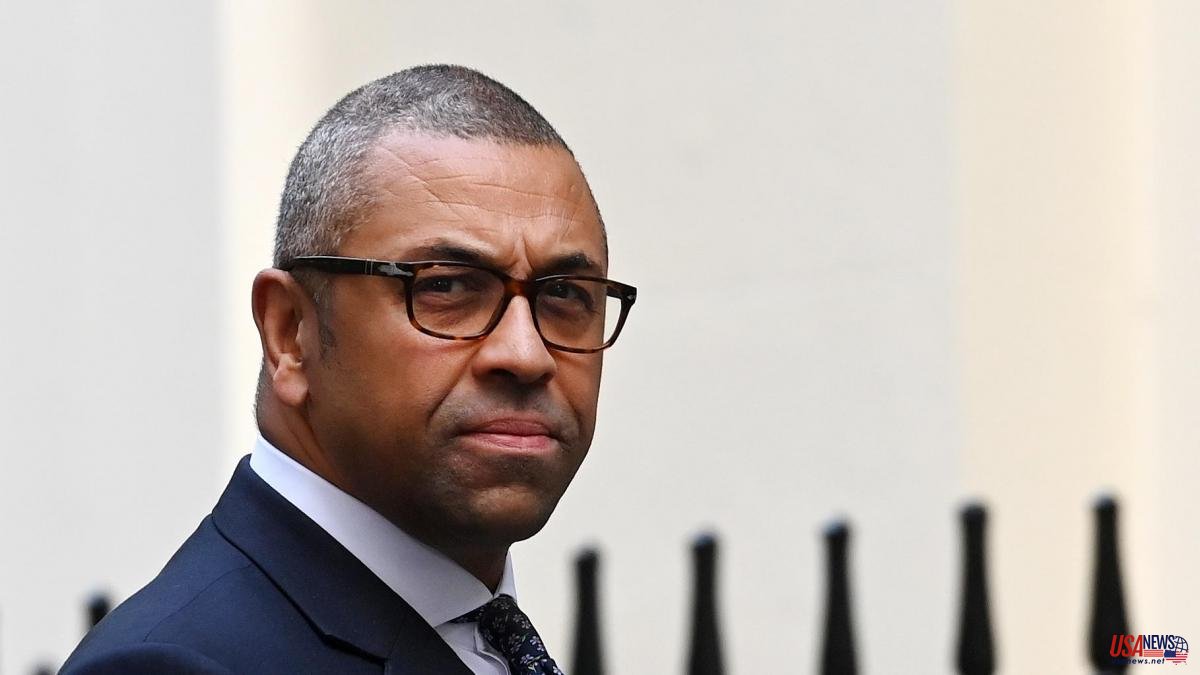 British Foreign Secretary James Cleverly came under fire on Wednesday after asking gay fans attending the World Cup in Qatar to be "respectful of the host nation". A comment that was quickly disavowed by the Prime Minister's office, Rishi Sunak, and which were described by the opposition Labor Party as "shockingly dissonant".

Cleverly was asked about the fact that homosexuality is criminalized in the Kingdom of Qatar after British activist Peter Tatchell was questioned by police after staging a solo protest outside the Qatar National Museum, holding a banner accusing the country of imprison members of the LGBTQ community.

“I have spoken with the Qatari authorities in the past about gay fans going to watch the World Cup and how they will treat our fans and international fans,” Cleverly told LBC Radio. "They want to make sure fans are safe and enjoying themselves, and they know that means they're going to have to make some concessions in terms of what an Islamic country is with a very different set of cultural norms than ours," he said.

“One of the things I would say to the fans is, you know, be respectful of the host nation. They are trying to ensure that people can be themselves and enjoy football, and I think with a bit of flexibility and concessions at both ends, it can be a safe and exciting World Cup."

Qatar has said that everyone is welcome at the World Cup, including LGBTQ fans, but that visitors must respect the country's conservative culture, in which public displays of affection, even between heterosexuals, are taboo.

Qatari law imposes a prison sentence of between one and three years on adults convicted of consensual gay or lesbian sex.

European soccer federations announced last month their intention for captains to wear an armband with a rainbow heart design as part of a campaign against discrimination during international matches.

The British opposition criticized Cleverly's comments. Scottish Nationalist Party (SNP) MP Kirsten Oswald tweeted: “The Foreign Secretary seems in essence advising people traveling to the World Cup in Qatar to show some respect and not be gay. This is abominable." For her part, Labor's Lucy Powell said: "Sport should be open to all. Many fans will feel they cannot come to this tournament to cheer on their team because of Qatar's record on human, worker and worker rights. LGBT rights”.