Fernando Andrés Sabag Montiel, who tried to shoot Cristina Kirchner with a gun, was interviewed less than a month ago by Crónica TV. 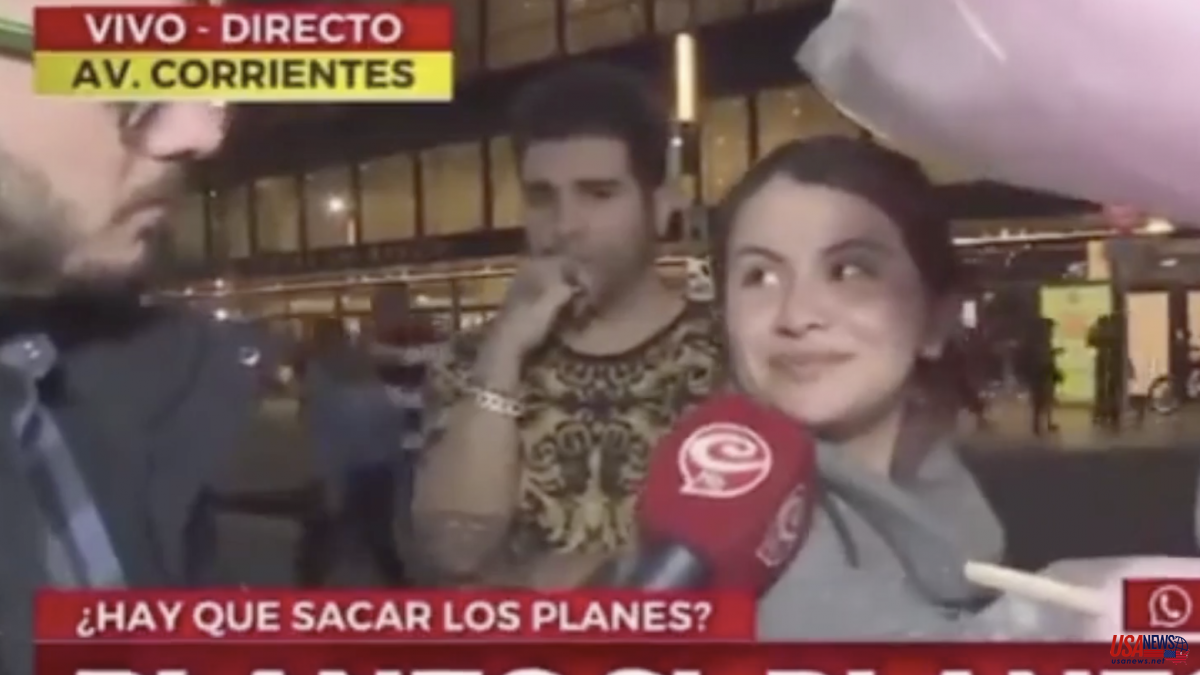 Fernando Andrés Sabag Montiel, who tried to shoot Cristina Kirchner with a gun, was interviewed less than a month ago by Crónica TV. The aggressor gave his opinion on the social plans of the Argentine government.

A few weeks ago, the news network sent a team to Corrientes Avenue to ask citizens about social plans, one of the points that a sector of society asks the Government to modify.

8:48 p.m., with the television base "Plans yes, plans no," the journalist began talking to a man dressed in a yellow and black t-shirt. His testimony before the microphone begins with him saying: "My girlfriend supposedly also had social plans, she stopped having them because the truth is that she does not give to get the same money as other people."

It was Fernando Andrés Sabag Montiel, the man who this Thursday pulled a gun a few centimeters from the face of the former head of state while he was signing books for his followers.

When asked what plan his partner charged, he hesitated and turned to ask: "Which one did you charge?"

So the journalist convinced him to go look for her and obtain her testimony directly. Three steps later, the couple from Sabag Montiel appeared selling cotton candy on Corrientes Avenue.

The chronicler asks her if she received a social plan and she answers, smiling: "Yes, before, but I prefer to go out to work." "It seems to me that collecting social plans is promoting laziness," she added. In this sense, she explained that she received it for "two or three months" and that she found it "more honest" to work than to be a beneficiary of state aid.

After the woman said that "in three days she earned the same as charging a plan", Sabag Montiel reappears on the scene after the treats and says "I think it's more than explained".

The chronicler insisted on the woman's statement before the gaze of her partner. "You get ahead by working," added the aggressor of the Vice President without a microphone from the bottom of the proposed scene.

Seconds later, from the channel, the host of the fragment of the news channel's programming ends the report from the street and the television "sweep" to move on to another topic. In this way, he puts an end to the appearance of who is today detained after the attack.

Fernando Andres Sabag Montiel, in a second appearance on the Crónica TV screen, spoke to the news channel again, but to refer to his political preferences.

The first question from journalist Alejandro Pueblas, in the Tigre area (Buenos Aires), from where that mobile team left, was "Massa yes or Massa no." Sabag Montiel responded without hesitation: "No, no way." Later, when asked if he is from the Buenos Aires town that was under the management of the now Minister of Economy, Cristina Kirchner's aggressor clarified that he is from San Martín, just before another man approached to greet the chronicler.

When the microphone returned to him, he said that "neither (Javier) Milei nor Cristina" are his preference. As reflected in the dialogue between the journalist and the man who took a firearm from the former head of state in Recoleta, he and his partner were leaving the cinema. "When they came out, Massa is superminister," Pueblas said.

In response, Sabag complained about the changes in the economic portfolio: "It changes every day. (Silvina) Batakis enters, Massa enters." In the background, the driver, from the channel's studio, comments: "This one controls, eh."