Cristina Alonso, the human side of chemistry

Cristina Alonso (Lleida, 1966) broke a family tradition of 180 years dedicated to the practice of medicine to graduate in chemical engineering from the IQS in Barcelona and obtain a doctorate in Organic Chemistry in the United States. 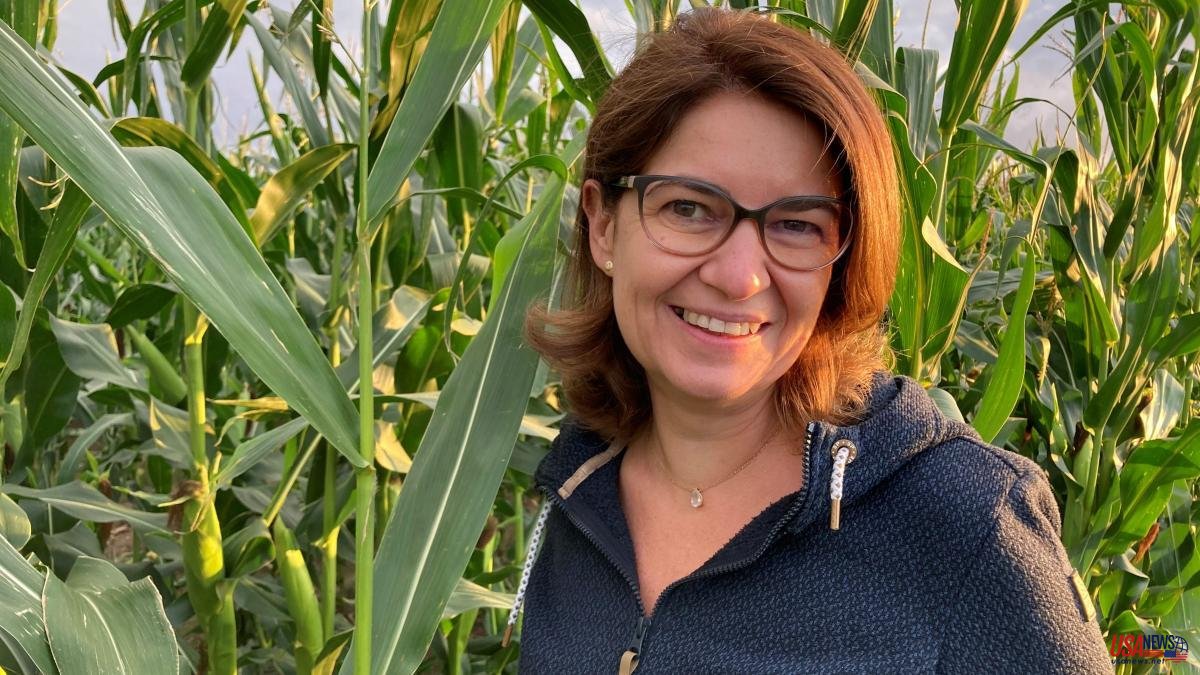 Cristina Alonso (Lleida, 1966) broke a family tradition of 180 years dedicated to the practice of medicine to graduate in chemical engineering from the IQS in Barcelona and obtain a doctorate in Organic Chemistry in the United States. "But it was always clear to me that she wanted to work in the industry, to bring scientific innovation close to the patient." And if as a researcher at Bayer she co-developed an innovative drug, Riociguat, to treat pulmonary arterial hypertension, years later, as head of the company's pharmaceutical regulation in the United States, she obtained the approval of the health authorities to be able to market it.

Today, more than twenty years later, at the head of a team of more than 400 people in various countries, Alonso explains that “I am still focused on what I have always done: turning science into social benefit. That is what I like, and what gives me energy”.

Alonso began an international career very soon, from the postgraduate degree in Organic Chemistry at the University of Colorado, where she met her husband, the German Stefan Moss, who was also studying it. "We decided that whoever first received an offer would take it and the other would follow," she explains. Moss signed for Bayer and the couple settled in Germany. "I didn't know German, but I got down to it." And four months later she got a job, as a researcher, at Bayer. When years later it was she who received an offer to lead the regulatory team in Mexico, it was he who left her job and moved. “I managed to get support for her relocation in the expatriate compensation package. It cost me because it was the first case, ”she recalls.

Alonso highlights “that I have always felt supported by him in my professional career. He focused his career as an independent consultant. And he's had to answer a lot of uncomfortable questions,” he notes. Alonso, from his responsibility at the head of the Bayer ESG, has among his tasks to promote the women's races in the group. “Men are often valued for their potential, and women for what they have shown. And we have to change this." As a senior manager, instead, he now receives job offers from other companies, eager to make their board more diverse.

In 2014, Cristina Alonso took a major turn in her professional career by leaving the pharmaceutical area and becoming global director of regulation for Bayer's Agriculture area, which was basically the seed business that she had just bought from Monsanto. “I even led the industry group for the renewal of glyphosate registration in Europe,” she recalls. From this experience he highlights "the lost opportunity" that transgenics have been in Europe, despite the great global impact they have had in the last 40 years "by allowing the increase in cereal production and with it the increase in meat consumption in new countries. like China.

"We have learned that scientific progress is important, but it must be accompanied by communication and transparency, listening to public opinion," he stresses. This facet of communicator is also the axis of his current position. "In areas such as the Environment, diversity or sustainability, much of the success depends on making a cultural change in the organization itself, to incorporate these criteria into business decisions," she explains.

The pandemic placed Alonso in charge of the health of the 100,00 Bayer employees, but it also brought her back to Catalonia, from her German residence in Leverkusen. "With the flexible hours, some days I can work from the Barcelona office," she acknowledges. The house where she spent the summer since she was a child, in Torredambarra, is already more than a second home. And from sailing on a catamaran on vacation (“with my daughter, Teresa, we even participate in dinghy sailing regattas. Of course: we are only happy not to be the last”) she has become treasurer of the Torredembarra Maritime Club. In Germany her main hobbies are cooking, reading and, at times, writing. "Although truly, I have little time left for this," she lamented.