Cristiano Ronaldo: "It is not allowed for a coach to put me three minutes in a game"

The Portuguese Cristiano Ronaldo continues in the eye of the hurricane. 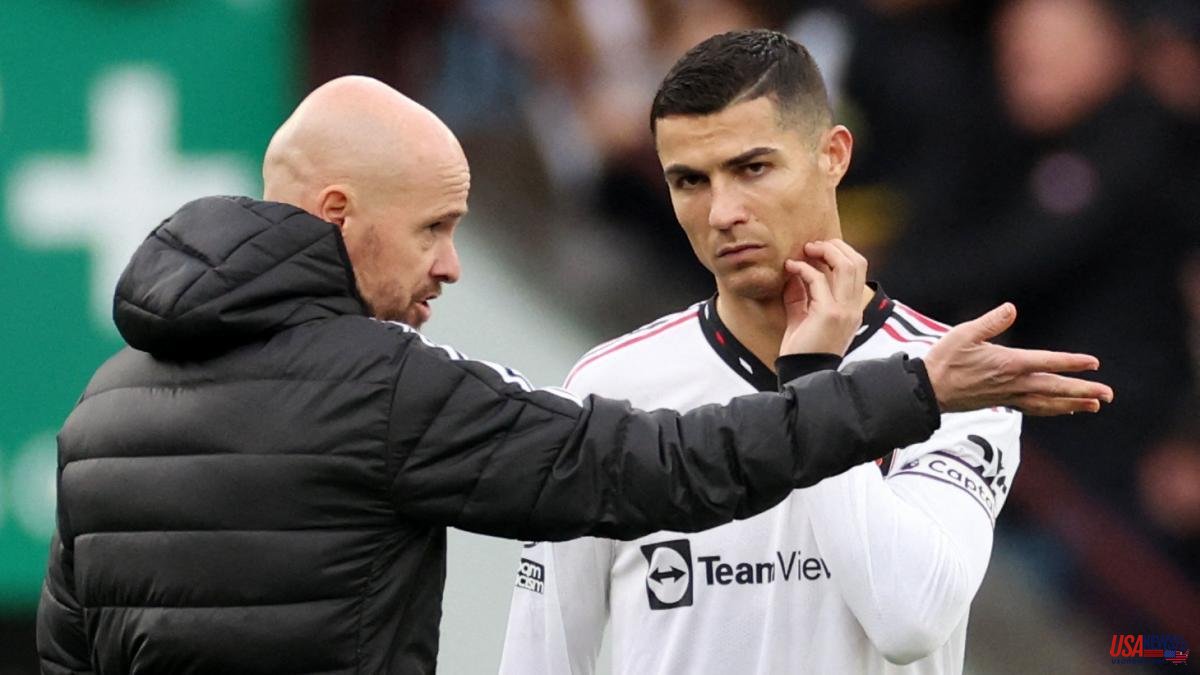 The Portuguese Cristiano Ronaldo continues in the eye of the hurricane. Sky Sports has broadcast the second part of the controversial interview of the Manchester United striker and, if in the first part he attacked his club and his coach, in the second he focuses on the figure of Ten Hag, the Dutch coach. Ronaldo also reveals his opinion about Messi and sets a date for his goodbye to football.

"Messi is an incredible player. Magical. Top", explains the Madeiran. "As a person, we shared the stage for 16 years. Imagine 16 years. So, I have a great relationship with him. I'm not friends with him, in terms of how a friend who was with you at your house or talking on the phone", he highlights about the great rival of his career.

"He is a guy that I respect a lot the way he always talks about me. Even his wife or my wife, my girlfriend, they always have respect and they are from Argentina. My girlfriend is from Argentina. Very good. What am I going to say about Messi A great guy who does great things for football," he added.

He also assured that he wants to "play two or three more years" and that he intends to finish his career "at 40, it's a good age." In addition, he confirmed the great offer that he received from Arab football, showing that he had rejected one worth 300 million euros.

In this second part of the interview, the Portuguese charges against Manchester United and, in particular, the figure of Ten Hag. The coach of the English team is one of the main sources of criticism of him, showing that their relationship is practically nil. "Empathy is not good. I don't think he respects me as he should deserve it. It is what it is. That's probably why I went against Tottenham," he clarifies.

"It's hard to tell you 100%, but let's say I regret it, but in the same way I felt provoked by the coach. It's not allowed for a coach to put three minutes into a game. I'm sorry, I'm not that kind of player. I know what I can give to the team", highlighted the Portuguese.

He also launched his attacks against the owners of Manchester United, the Glazer family. "The owners of the club don't care about the club. As you know, United are a marketing club. They will get money from that, but they don't really get it from the sport. I haven't spoken to them since I came back," Cristiano said.