Cristiano Ronaldo is no longer what he was

The years do not pass in vain for anyone, not even for Cristiano Ronaldo, determined to remain in the elite of professional football until he is 40 but now, with 37 fulfilled since February, further and further from the benefits that allowed him to reach 50 goals by season. 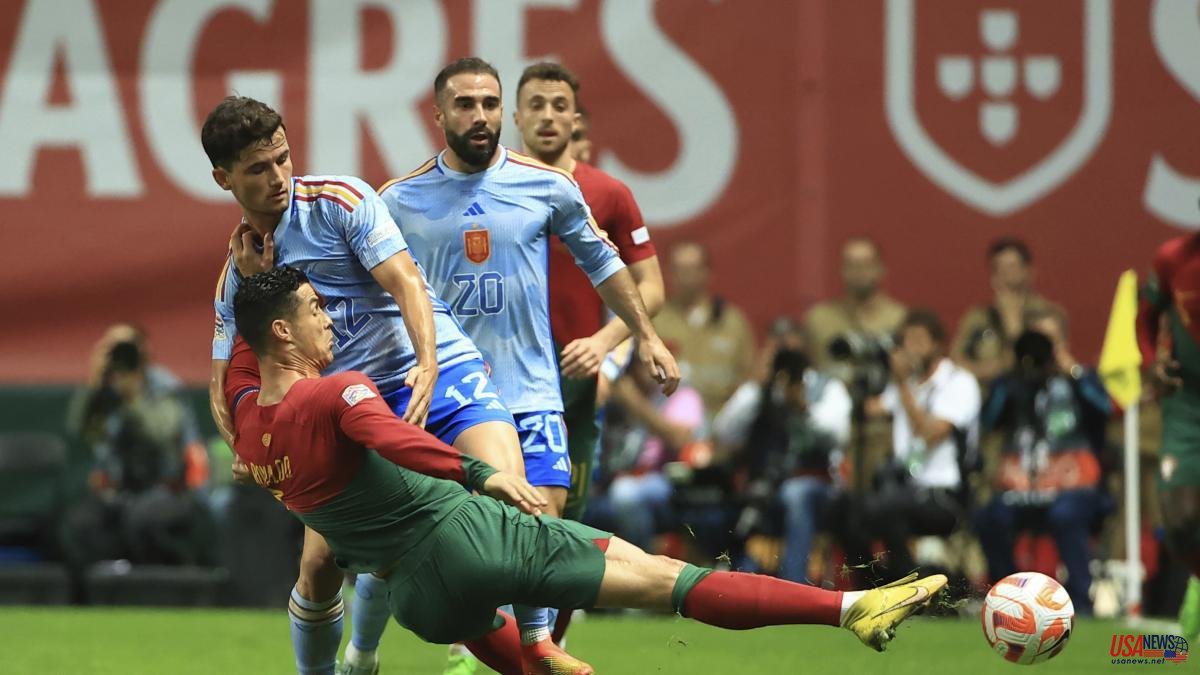 The years do not pass in vain for anyone, not even for Cristiano Ronaldo, determined to remain in the elite of professional football until he is 40 but now, with 37 fulfilled since February, further and further from the benefits that allowed him to reach 50 goals by season.

The best Cristiano was the one who, stuck to a band, destroyed the rivals when he found spaces and could use his top speed and dribbling in the race. Against Spain, Fernando Santos placed him as a pure nine, without defensive obligations. Cristiano did not wear himself out in impossible races and found little collaboration in his teammates, despite the fact that Portugal was supposed to try to hunt down a goal on the counterattack with balls to the back of the Spanish center-backs.

Cristiano's contribution in the first half was poor. After five minutes he tried the goal in a reverse, but the play was annulled for offside. In minute 21 he requested a penalty for a stomp by Unai Simón, but the Italian referee did not grant it. His most outstanding action in that period was getting a yellow card from Hugo Guillamón, who no longer played in the second half.

In that second act, Cristiano showed all the seams. Everything could have changed very soon because a minute later, in a mistake by Carvajal, Cristiano planted himself against Unai Simón, who covered his shot well, until then the best chance for the Portuguese.

It was worse for Cristiano in minute 72. When he was about to score he was slow and Gayà appeared from behind like an arrow to slice the ball off him and leave him making a fuss.

Cristiano would still have one more chance, already in the 90th minute, after Morata's goal, again a one-on-one with the Basque goalkeeper who this time kicked the ball out with his knee in a handball save and frustrated Portugal's draw.

That Cristiano is no longer who he was is what the statistics of the Premier say, where at this point he has only played 38% of the minutes with Manchester United and has not scored a goal and only one in the Europa League. Cristiano has not scored against Spain since the three he scored in the World Cup in Russia. His time seems to be declining faster than he would like.