It is not difficult to imagine Cristiano Ronaldo (Funchal, 1985) disguised as Uncle Gilito bathing in a deposit of banknotes, feeling like the richest in the place. 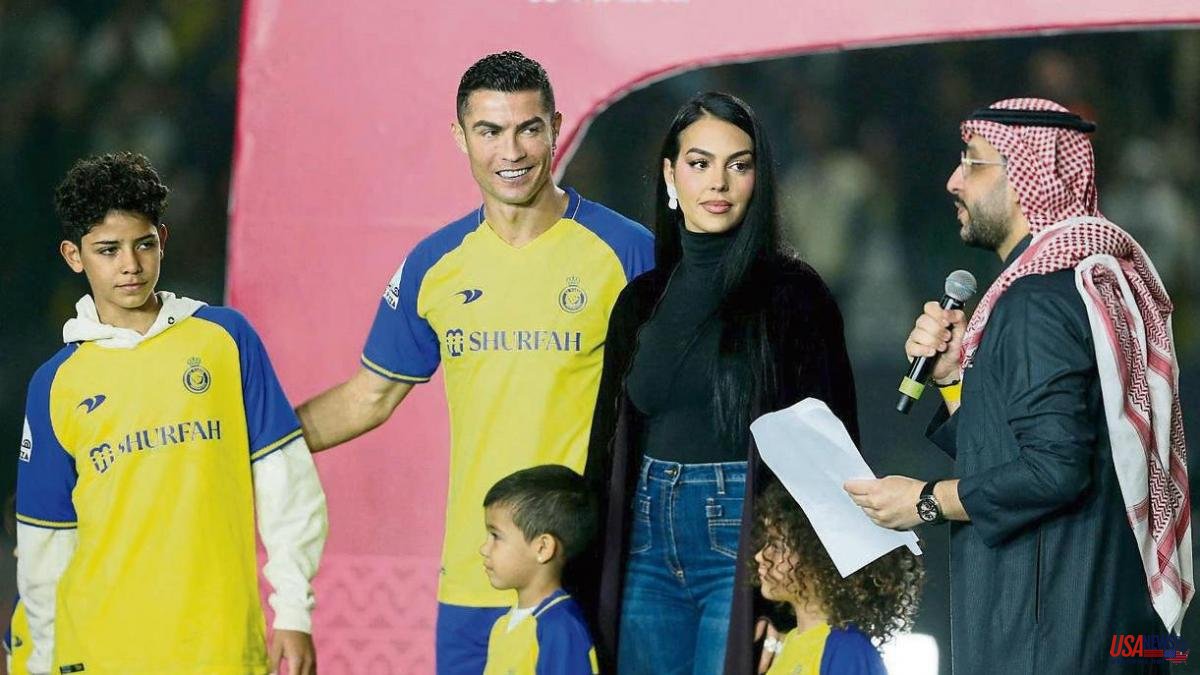 It is not difficult to imagine Cristiano Ronaldo (Funchal, 1985) disguised as Uncle Gilito bathing in a deposit of banknotes, feeling like the richest in the place. Because if he is not, he is very close. The Portuguese star has just signed the most succulent contract in the history of football and as of this Tuesday he has already played as a new player for Al Nassr in exchange for the chilling figure of 200 million euros net per season. That means that every minute he will earn more than 380 euros.

Cristiano was received in Saudi Arabia with the honors of head of state since his arrival represents an unprecedented step forward for the image of the kingdom. "I want to be part of the success of this country and its culture, I have come to enjoy and smile," he repeated sitting in the press room at Mrsool Park, his new stadium. That of the Portuguese was far from being a conventional press conference. He was questioned only by the presenter of the event, who asked for up to three applause for the player and ended up taking a selfie with him, while the local journalists crowded into the room did not stop shouting their famous "Siu!" and asked for autographs.

The footballer passed the medical check-up in the morning without problems and in the afternoon received a mass bath in his new stadium. Cristiano arrived at Mrsool Park around seven local time in a luxury car, dressed in a gray suit and vest, and a blue tie. Nearly 25,000 enthusiastic fans, flares included, awaited him in the stands but before donning his new yellow jersey, with the number 7 on the back of course, he made a stop in the press room. "I have signed a unique contract because I am a unique footballer, for me it is normal," he replied with his usual modesty.

Cristiano has united his path as a footballer with Al Nassr, the current leader of the Saudi league, until 2025. Two and a half seasons that will bring him a total of 500 million euros. An almost obscene figure that enhances the importance that Saudi Arabia grants to his signing. “It is a challenge to develop football here for young people and also for women, since Al Nassr also has a women's team,” Cristiano recalled about a country that, he did not say, systematically ignores basic women's rights.

When his contract ends, at the age of 40, Cristiano will continue to be linked as an adviser to the club in the capital Riyadh and the government intends to make him ambassador of Saudi Arabia's candidacy for the 2030 World Cup. A morbid fight, since he would fight for the candidacy joint venture presented by Spain and his native Portugal.

After disassociating himself from Manchester United at the end of November, Cristiano has finally chosen to leave Europe and elite football. “I don't care what people say, this is not a step back in my career. Football has evolved a lot in the last 15 years and all the teams have improved a lot, I am very proud of my decision ”, he defended. “In Europe all the work was done, I've won everything and I've played in the best teams, and now I come to a very competitive league although people don't know it. I do because I have seen many games ”, he added, also revealing that he had received offers from European, Brazilian, American and Australian teams.

In the midst of euphoria over the most publicized signing in the history of Saudi football, the date of Cristiano's debut with Al Nassr is now a matter of State. The club already has a league game tomorrow against Al Ta'ee and a smiling Cristiano volunteered to play it. "The important thing is what happens on the pitch, we need to train and play," Rudi Garcia, formerly of Marseille, Rome and Lyon, who will now lead the Portuguese star, limited himself to responding. "It will be very easy because I have nothing to teach him, the most famous players are the easiest to train," he added.

Apparently, Cristiano has requested to be treated as one more. But he is not. He is unprecedentedly rich.