Cristiano drops from the elite

Cristiano always said that he would hang up his boots at 40 and playing elite football. 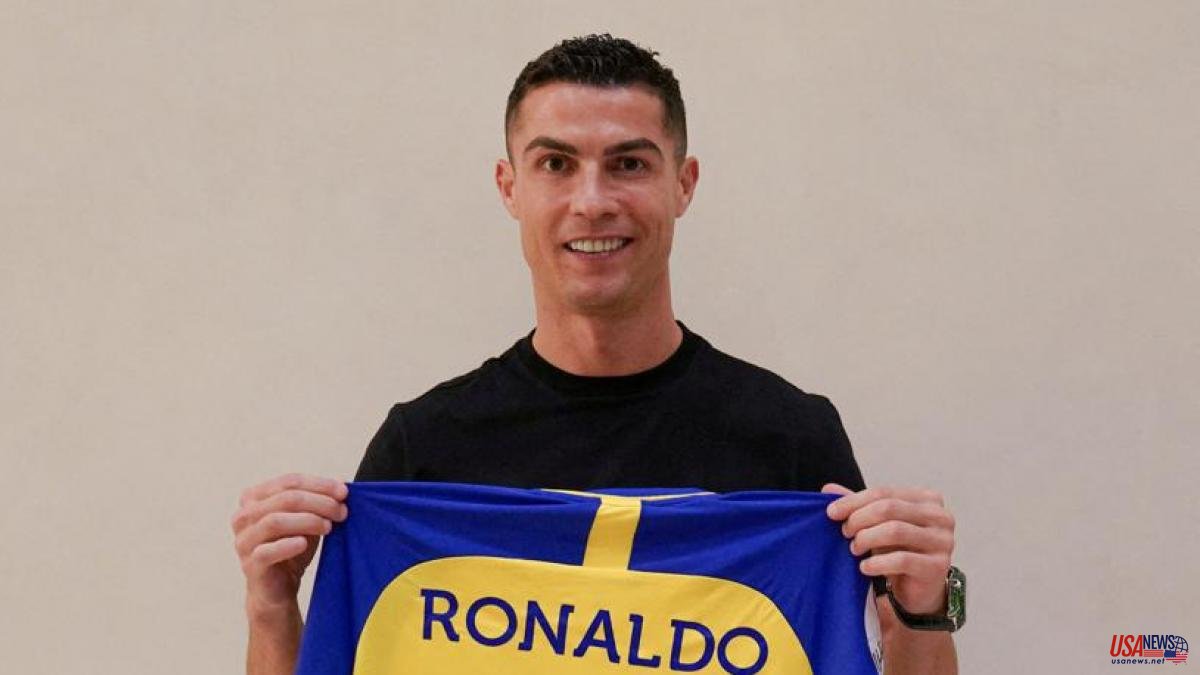 Cristiano always said that he would hang up his boots at 40 and playing elite football. He will be able to stretch his career to that age, he turns 38 on February 5, but not in elite football. Since he terminated his contract with Manchester United, the Portuguese has been waiting to find a Champions League team that would pay him the fees he wanted to receive. In the end, it has not been possible and, as it was an open secret for weeks, he has signed a million-dollar contract with Al Nasrr of Saudi Arabia, which will pay him just over 200 million for two and a half seasons, which makes him another time the best paid in the world. Of course, he will spend his last days as a footballer in a very minor league.

Cristiano denied the talks with the Saudi club in the middle of the World Cup. When the World Cup in Qatar for Portugal ended, he settled in Madrid and spent several days training on his behalf at the Valdebebas facilities where he was his home for nine seasons. If he expected a call from Florentino Pérez, it did not come. For Madrid it was already in the past and it was not present for any of the elite clubs in European football either.

The Portuguese comes to a team that is second in the Saudi championship and that won its last league four years ago. He could debut on January 5. He will be coached by the Frenchman Rudi García, who not long ago could have been his coach at United and who has been leading Al Nasrr since June 2022. He is an experienced coach but has not managed top-level teams. Before in Arabia he was in Rome, Marseille and Lyon.

Cristiano will have footballers like the Colombian goalkeeper David Ospina, the Spanish central defender Álvaro González or the Cameroonian striker Vincent Aboubakar as his teammates. There will no longer be world stars next to him.

In his first interview, as soon as the signing became official, Cristiano expressed his satisfaction with his new challenge: “I am delighted with a new experience in a different league and in a different country; the vision that Al Nassr has is very inspiring. I am very excited to join my teammates and to help achieve more success,” he commented.

Al Nassr is sponsored by Qiddiya, a company linked to the world of entertainment that depends on the sovereign wealth fund of Saudi Arabia, the same one that owns Newcastle, owned by the English Premier. Arabia is one of the candidates to organize the 2030 World Cup, in competition with the project of Spain and Portugal. Once his football career is over, they point out from Arabia that Cristiano will act as an ambassador for the project, which obviously will not be well seen in his country.

What there is no doubt is that Cristiano's departure to Arab football definitively lowers the sporting career of the five-time Ballon d'Or winner, whose career has been downward since he left Real Madrid in June 2018 after winning the Champions in Kyiv, also the fifth of his career. Cristiano played for the white club from 2009 to 2018, playing 438 official matches and scoring 451 goals, including 312 in the League, 105 in the Champions League, 22 in the Copa del Rey, 6 in the Club World Cup, 4 in the Super Cup of Spain and 2 in the European Super Cup. There is no Madrid player who comes even close to that figure.

After his time at the Whites, Cristiano played three seasons at Juventus, with good numbers: 101 goals in 134 games. In Serie A he won two scudettos, but he missed the third at the hands of Inter. The definitive slab was the Champions League, with eliminations against Ajax, Atlético and Porto, which sealed the departure of the Portuguese from Turin.

Cristiano's return to Old Trafford, his last destination and where he had played from 2003 to 2009, was more bitter than anything else. He scored 18 goals in his first season but got along badly with Ralf Ragnik, the coach who replaced Solskjaer and United failed to qualify for the Champions League. This season, with hardly any communication with Erik ten Hag, the new coach, and after several substitutions, Cristiano and United decided to cut their losses. Now wait Arabia.