Hong Kong -- A South China Sea-based industrial support vessel has been damaged by a storm, possibly resulting in the death of over two dozen crew members. 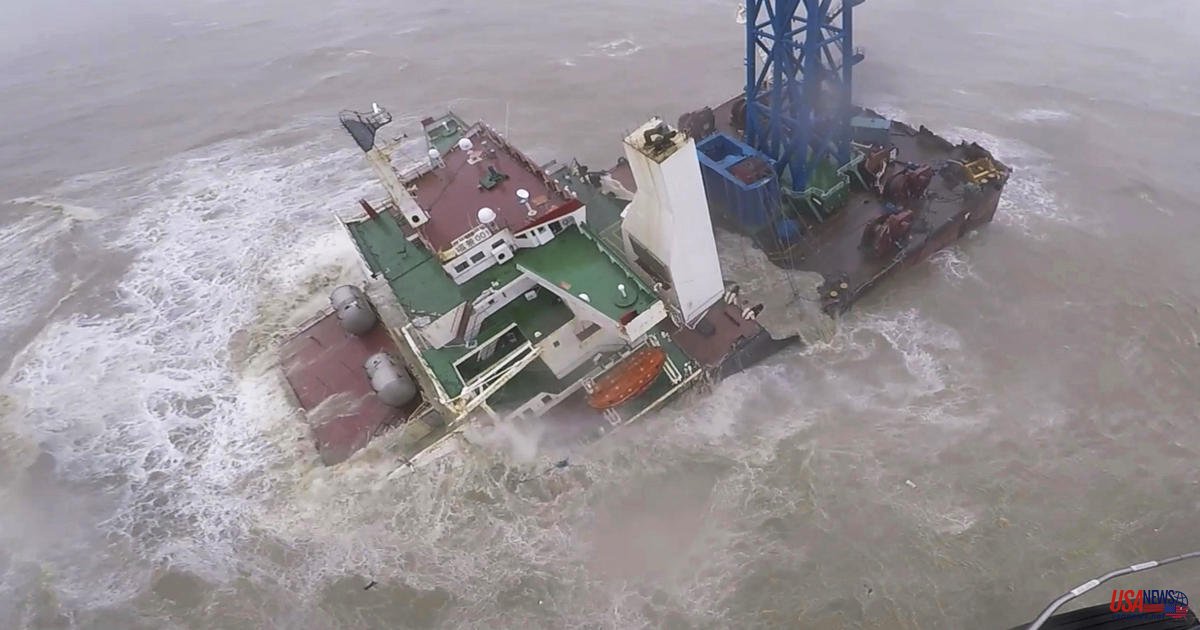 Hong Kong -- A South China Sea-based industrial support vessel has been damaged by a storm, possibly resulting in the death of over two dozen crew members. Rescue services in Hong Kong reported Saturday.

Authorities sent planes and helicopters to assist in the rescue. At least three of the 30 crew members were brought to safety.

The Hong Kong Government Flying Service released photos showing one crew member being lifted up to a rescue helicopter by big waves that hit sinking vessels.

The Flying Service didn't give any details about the vessel's origin or name. The Flying Service stated that crew members were having difficulties negotiating Severe Tropical Storm Chaba's maximum winds of 110 km/h (68 miles) per hour.

Later Saturday, the storm struck the western coast of Guangdong.

For the rescue operation, four helicopters and two fixed-wing aircraft were sent by the Hong Kong service.