Countertenors, a voice in vogue that goes beyond the genre

Two or three decades ago, seeing a man sing with a high-pitched voice register such as that of a countertenor still generated strangeness among the public, who inevitably linked that sound to the physique of a woman. 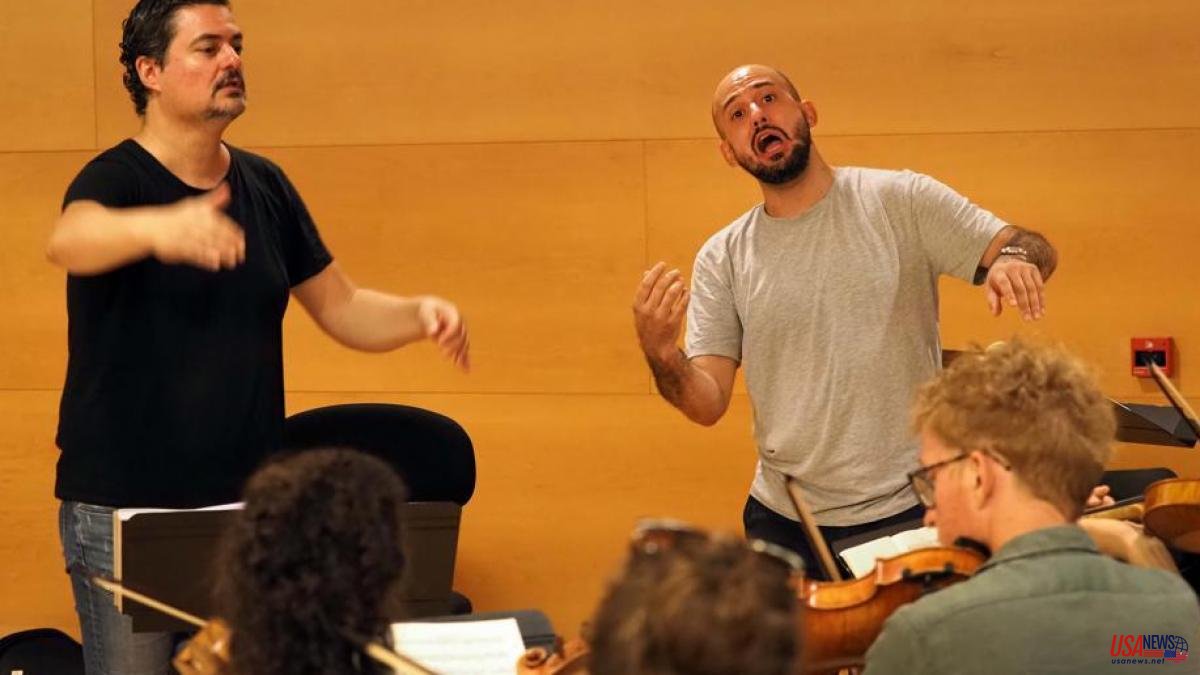 Two or three decades ago, seeing a man sing with a high-pitched voice register such as that of a countertenor still generated strangeness among the public, who inevitably linked that sound to the physique of a woman. The evolution towards an egalitarian society that stopped associating certain traits or behaviors to each of the sexes freed opera from these prejudices, allowing the star system of countertenors to break through in a firmament traditionally dominated by sopranos and tenors. .

The Argentinian specialist in early music, Franco Fagioli, who this Thursday will star in Händel's opera Ariodante at the Palau de la Música Catalana, together with Il Pomo d'Oro (7pm) - La Vanguardia subscribers have a 2x1 discount on the web datosdevanguardia.com-, leads the constellation in which historical figures such as Bejun Mehta or Emanuel Cencic shine with force, or the great reference of the new generations of countertenors, Philippe Jaroussky, or the pioneer in Catalonia, Xavier Sabata. Along with more mature voices –excellent Christophe Dumaux– others stand out like that of the “sopranist” Bruno de Sá. And a more mainstream product is making its way onto social networks: Jakub Józef Orlinski.

The current rise of baroque music, with its desired historicist interpretations, has placed all of them in the forefront. And he has done it by revoking, precisely, those precepts of patriarchy that decided what and how of each sex. Precepts that not only prevented women from showing themselves on a stage in Shakespeare's time, with transvestite actors speaking through their mouths, but also forced nature to the point of castrating children before they changed their voices at puberty, to keep the high register. It was a voice closer to God that later, with the appearance of opera in the 17th century, guaranteed the power of a soprano or contralto...

These aberrations of the patriarchal system, stubborn in imposing its logic and converting its subjects into slaves of its old –and new– mandates regarding the sexes (and now genders), have become evident in recent decades as the technique has evolved. natural vowel of countertenors.

Exploiting the idea of ​​a countertenor skill was a great fit for '50s marketing, but being honest, being a countertenor isn't anything extra. “It is a voice that is there, like the tenor or baritone, and you study it,” explains Franco Fagioli (San Miguel de Tucumán, 1981), the first countertenor in his country who trained at the renowned school of the Teatro Colón in Buenos Aires.

“We are not angels or demons, we are normal people”, claimed Xavier Sabata a few months ago when presenting a Winterreise in this record. What's more, composers never tire of calling them for new-style operas. “And their interest is not surprising, because now they like to play with colors and look for a certain ambiguity in the script, which is a reflection of the evolution of society –Jaroussky commented on this–, because there are many ways of being a man or woman. The voice is a way of expressing, if not the femininity of the man, the most sensitive side of him, even youthful”.

In a conversation with La Vanguardia, during the rehearsals of Ariodante that he is carrying out at the Auditori de Girona, Fagioli –whose production of Händel will travel to the Théâtre des Champs-Elysées in Paris, although not to Moscow as planned– evokes the way in which he discovered that there was such a thing as a countertenor voice.

“I grew up in a very normal family, with a working father and mother, who were not professional musicians but there was music at home. My mother had a beautiful voice and at my grandmother's house there was a piano, so when I put my hands there, my interest in studying music arose. I started in the children's choir at the University of Tucumán," she says.

"The experience of singing Mozart's Magic Flute on stage as a genie marked me," he continues. "I entered conservatory life, I studied piano, but I continued singing or playing for choirs. And it was listening to a recording of the Stabat Mater of Pergolesi that I understood that what I was doing playing at singing with a high voice, imitating the soprani voices, was something that existed, it was the countertenor voice, that of a man who sang with the head voice that resembles that of soprano".

He studied singing not specifically for countertenor, but like any other type of voice. His teacher was a baritone and she approached with him the entire Italian repertoire with the Italian singing technique. And so he discovers the repertoire that is written for his voice. “When I decided that I wanted to be a countertenor, I discovered that sometimes sopranos and mezzo sang the same repertoire as countertenors... I dedicated myself to listening to Cecilia Bartoli, Anne Sofie von Otter, Jennifer Larmore, Marilyn Horne, who were somehow My first teachers.

Bartoli was also a great reference for him, for the Italianità of singing, his way of expressing himself and that joy with which he presents baroque music since twenty years ago he released his Vivaldi album together with Il Giardino Armonico. Since then he has not stopped making discoveries. "Yes, Cecilia opened a door for us to recover ancient repertoire, and things like Leonardo Vinci's Artaserse arrived," adds the artist.

However, the terminology requires, according to him, a review. Because... what is a sopranil, a term now also in vogue?

You have to travel to London in the 17th century, with Händel writing his Italian operas, to see that both countertenors and castrati existed at the time: not that one thing came to replace the other. Castrati were the Italian singers trained in the Italian school who dedicated themselves to singing Italian repertoire. And countertenors, uncastrated men who sang with the head register and in church choirs.

“Today the terminology is confusing. Many things are put under the countertenor umbrella and someone who sings high is called a sopranist, although he is still a countertenor. I think it would be worth talking about the different schools of singing to which each singer adjusts, and that would define the terminology: if you are a countertenor or you are a soprano or an alto", he warns.

"The countertenor is a clear descendant of the falsetto of the British school of singing. The great English liturgical choirs always have countertenors in the alto voice, with that special color. While I am a countertenor but you could call me mezzo or soprano -he concludes-, because the tessitura in which I sing is that of the baroque soprano, with the Italian belcanto technique, a school that defined its sopranos as sopranos, medium soprano or alto”,