“A woman was linked to a beautiful body, to an obedient doll, and I say no to this approach. 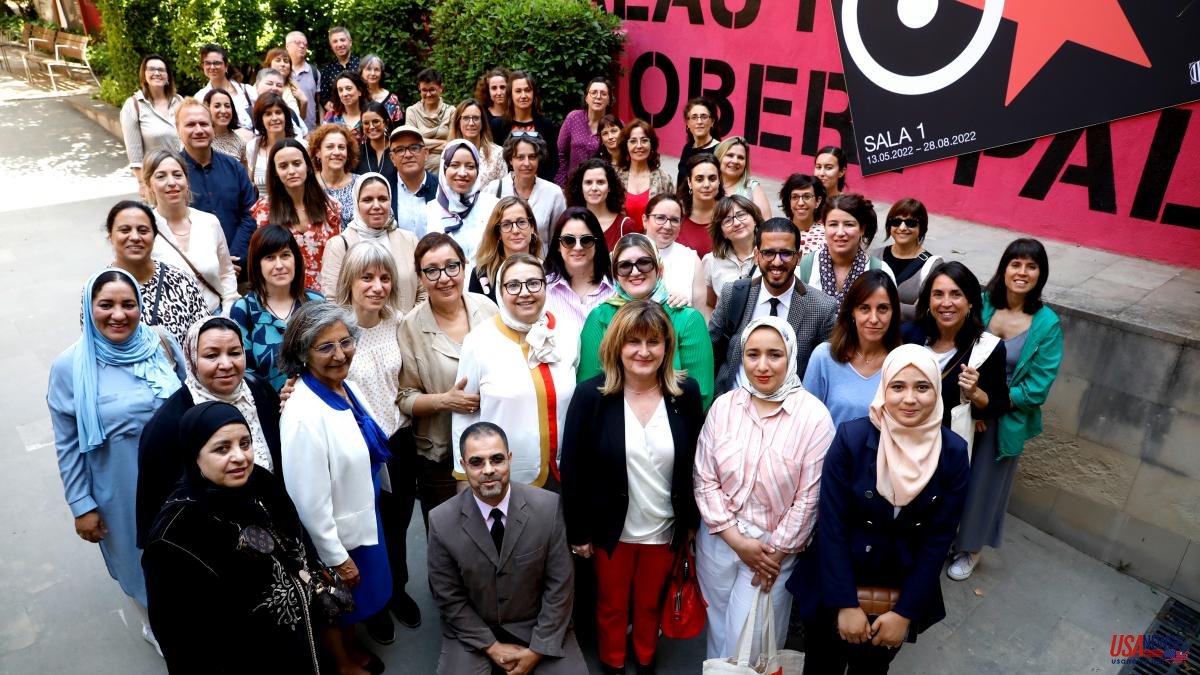 “A woman was linked to a beautiful body, to an obedient doll, and I say no to this approach. I am not a woman, I am society in its entirety. Nadia Chadi, deputy mayor of the City Council of Tetouan (Morocco), speaks with a loud and strong voice, explaining how she is introducing the gender approach in the management of her commune, an approach that until recently was impossible in Morocco, she says, “ in a culture resistant to change.

Chadi and twenty Moroccan elected women have been visiting several Catalan town halls this week with the EqualMed program, led by the Barcelona Provincial Council, which promotes the incorporation of the gender perspective and female participation in local policies in Morocco. An exchange also of experiences in management. Chadi looks towards the border with Spain, which is reopening, and talks about the informal economy to which women who work as carriers of products crossing and returning Ceuta and Melilla are subjected: a ton on their backs in exchange for 50 dirhams.

She has launched a program to put an end to this informal economy, she explains, with a job subjected to psychological and verbal violence, often humiliating, and they try to integrate these women into the regulated labor market. 50% of which, she underlines, have an academic degree. It is not easy, but this is the way.

These women who hold municipal positions in Morocco have recently visited the municipalities of Terrassa, Santa Coloma de Gramanet, Vic, Esplugues and Rubí. The objective, explains Pilar Díaz, mayor of Esplugues, is to share in a relaxed atmosphere the proposals to empower women, to ensure that those who take the step to join Moroccan politics can endure in their positions. The main topic of interest is the fight against sexist violence, together with care, the use of time and the use of public space. The Moroccan delegation emphasizes the economic independence of women.

Núria Vergès, Councilor for Equality of the Vic City Council, outlined some projects on Monday that can serve as a reference. The creation of a unique space in the entire region for attention to women, from legal advice to resources against sexist violence. Work with the University of Vic to introduce education for equality in schools. The location in the city and, especially, in the market, of purple points so that women can go if they need help and the creation of a reception space for migrant women who arrive without a network.

Zakia Mrini, president of the Moroccan Institute for Local Development (Imadel), explains that she also wants to take advantage of this visit to explain to migrant women, those who have been here for years, the changes that have taken place in Morocco in recent years in terms of equality policies. “She left – she says – with a vision of Morocco that has now changed”. And also, Mrini points out, it is explained to the Catalan councilors to “not run away from topics about migrant women”. According to data from UN Women (2021), female representation in Moroccan communal councils is 21%.

In the district of Menara, in the commune of Marrakech, Fatima Choutine outlines her project to create listening centers, socio-cultural centers that welcome poor women above all to offer them training and are also antennas to detect gender violence. “Women who raise their voices to denounce the violence of their partners – she explains – are accused by society of having violated their husbands. We help them to get out of this loneliness and to break the economic dependency to get out of the circle”.

Working on economic empowerment, culture and education are common threads in the management experiences of these women. We must break the circle, indicates Choutine, of a society in which in many cases it is still seen as shameful for a son to help his mother, "and this is preparing them for violence."

The celebration of 8-M arrived in Tetouan, help centers for women were opened and some equality agents were created. It is also intended to make it easier for women to practice sports on public courts. But, as pointed out by the Moroccan delegation, what is fundamental is the participation of women in politics in order to change the laws. Chadi remembers that politics begins in the party and there some are not accepted, obstacles are placed on them.

Local politics, emphasizes the mayor of Esplugues, is what has the capacity to transform society, the path towards equality. In Morocco, she indicates, the situation is comparable to that of Spain a few decades ago. And this alliance between councilors from both countries wants to promote change. Not only talking about projects but also, they emphasize, making pineapple.